From the Times of Israel

Two explosions at two bus stops near entrances to Jerusalem on Wednesday morning left one person dead and another 21 people hurt, police and medics said.

Police described the explosions as a terror bombing attack. The first explosion occurred close to the main entrance of Jerusalem in Givat Shaul, shortly after 7 a.m., peak commuter hour.

A second blast occurred shortly after 7:30 a.m., at Ramot junction, another entrance to Jerusalem. A bus at the station was seen damaged by the explosion. It was unclear if the victims were at the station or on the bus itself. 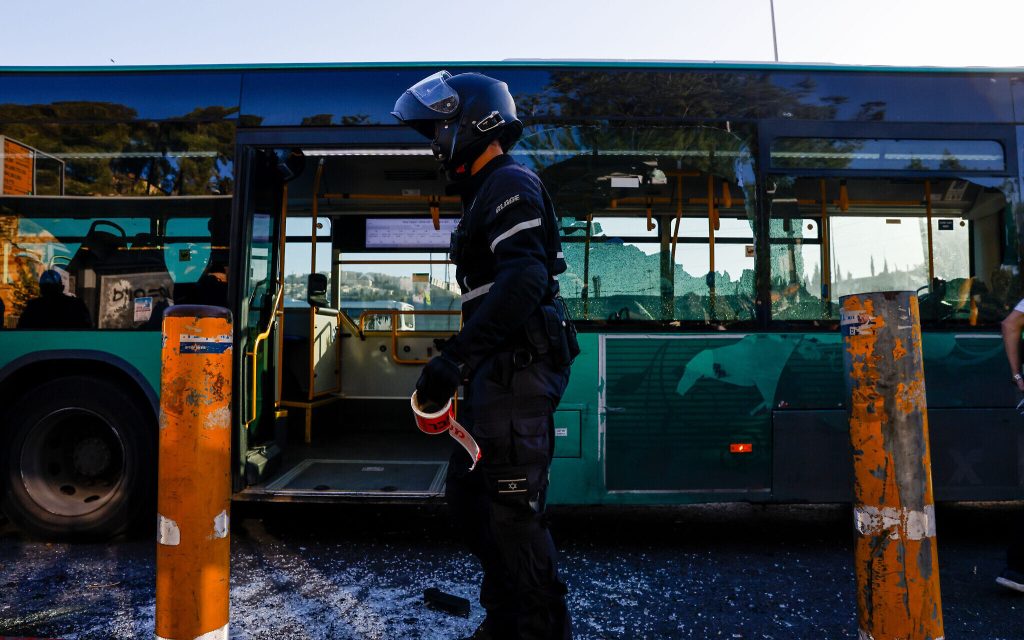 Police suspected the explosions were caused by near-identical remotely detonated explosive devices left in bags. The devices were packed with nails to maximize casualties, the Kan public broadcaster reported.

Visiting the scene, Israel Police Commissioner Kobi Shabtai said there may have been two attackers.

There were no immediate claims of responsibility, however, the Hamas terror group hailed the attacks.

“The action conveyed the message to the occupation by saying that our people will stand firm on their land and cling to the path of resistance,” Mohammad Hamada, a Hamas spokesperson said in a statement. “The coming days will be intense and more difficult for the enemy, the time has come for the creation of cells that are spread all over Palestine and are ready for a confrontation,” he added.

In recent months there have been several stabbing and attempted stabbing attacks in Jerusalem, mostly in the Old City. Last month, a Palestinian gunman killed an Israeli soldier at a checkpoint near Jerusalem.