A Cloud of Unknowing 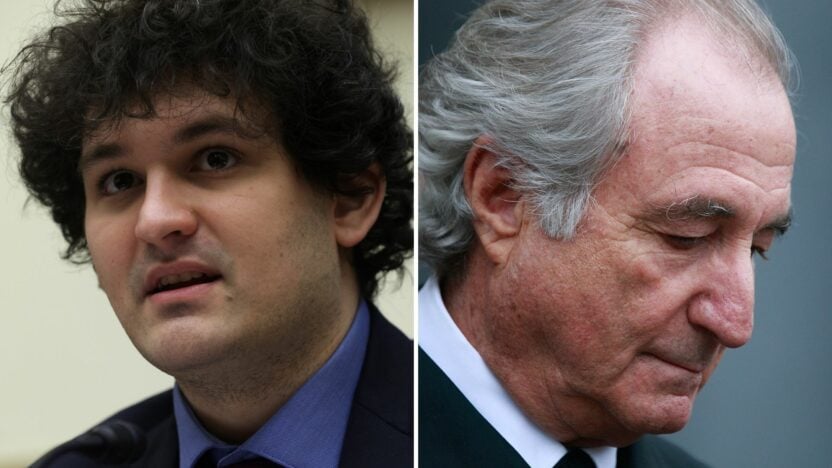 Financial collapses are interesting and sometimes hilarious for those who observe them, but painful for those who suffer them. In addition to the economic discomfort or hardship they cause is the humiliation of having been fool enough to invest in what turns out to have been a giant and obvious fraud, having followed some preposterous financial pied piper in the company of a crowd of other credulous dupes.

There is a spectrum of fraudulent financial gurus, with Mr. Madoff at one end and Mr. Bankman-Fried at the other.

Mr. Madoff was the epitome of the dull, solid financier, sober and unexciting. He offered steady and good, but not spectacular, returns year after year. He did not seek clients; clients sought him and felt honored when he accepted them as such. From his photograph, he was just the sort of man to whom I would have entrusted my money (not that there was ever enough of it to have interested him). If you saw Mr. Madoff in the street, you wouldn’t have thought him anything extraordinary, and it was his ordinariness that stood guarantor of his supposed financial acuity or genius.

At the other end of the spectrum we have Mr. Bankman-Fried, flamboyantly unconventional in a way that is now its own convention. His hair was a carefully nurtured mess, he dressed and appeared to live like a slob. He was no respecter of persons. The fact that he had a degree in physics from the Massachusetts Institute of Technology suggested the kind of brain that most of us could not even approximate and was therefore capable of penetrating mysteries such as conjuring money out of nothing by means of mathematical formulae without risk of loss. His youth counted in his favor: Everyone knows that mathematics, like crime, is a young man’s game.

There is a wonderful photograph of Bankman-Fried on a panel with Bill Clinton and Tony Blair, the two of them obviously groveling before the young genius who was worth so much more (in money, that is) even than they. Two former leaders of the free world were dazzled by the $16 billion that Bankman-Fried was worth; never was the worship of Mammon more evident than on the faces of Clinton and Blair.

We see from this photograph that Bankman-Fried is a man of principle: He is not prepared to make himself any less of a slob just because the people he is meeting are eminent, or formerly eminent. His genius places himself above such paltry considerations as respect for others. It is the duty of others to accept him as he is; anything else would be lèse-ego, a serious crime these days.

Whatever else he may have been, Bankman-Fried was not a master of the spoken word. Here is an extract of an interview that he gave on the Bloomberg website in April 2022, in which he tries to explain what a financial technique that he called “yield farming” consisted of:

Let me give you a sort of like toy model of it, which I actually think has a surprising amount of legitimacy for what farming could mean. You know, where do you start? You start with a company that builds a box and in practice this box, they probably dress it up to look like a life-changing, you know, world-altering protocol that’s gonna replace all the big banks in 38 days or whatever. Maybe for now actually ignore what it does or pretend it does literally nothing…

And so on ad what seems like infinitum. The longer he went on, the less one understood.

The incomprehensibility of a person can arise from at least two sources: The first is the inability of the person to explain himself properly, and the second is the inability of his hearer to understand him because his mental level is so much lower than that of the speaker.

Most of us are aware of how limited our understanding is. How many of the millions of people who use computers every day and now could scarcely exist without them have the faintest idea how they work? What is true of computers is true of many of the other things upon which we depend: We live in a cloud of unknowing.

This induces in us a state of credulity in the face of those who appear to understand what is incomprehensible to us, which in turn then gives them license, if they choose to take advantage of it, to talk gibberish, which is then received by us as if it were words of wisdom. Bankman-Fried’s degree in physics was the equivalent of ordination in an age of religion; in effect, he was a priest.

Normally speaking, the fact that he played videogames during meetings in which he was soliciting huge sums of money from fund managers should have alerted them to a certain lack of gravitas on his part. After all, if you went to a lawyer and he spent his time with you playing a videogame, you would pretty soon seek another lawyer.

But because of that physics degree, the fact that Bankman-Fried played videogames during meetings only added to his aura of stratospheric genius. He was a modern Sir Francis Drake, who had time to finish his game of bowls and defeat the Spaniards (though even Sir Francis Drake didn’t play bowls while defeating the Spaniards). Indeed, Bankman-Fried was a greater man than Napoleon, who said that a man who did two things at once did neither: Bankman-Fried could play videogames and extract millions of dollars from his interlocutors. The fact that he once said that he didn’t trust or read books was no warning, either, rather the reverse: Here was a man who was too clever for books, his mind working too fast for this slow method of learning. To read books was a waste of his incalculably valuable time.

What lessons will have been learned from this seriocomic episode? There is a simple answer: none. Credulity springs eternal in the human mind, and there will always be enough people to believe, when the next Bank-Friedman appears on the horizon, that this time it will be different. Financial bubbles are like bacteria or viruses, constantly mutating ahead of the ability to defeat them once and for all.