A Comedy of Terrors 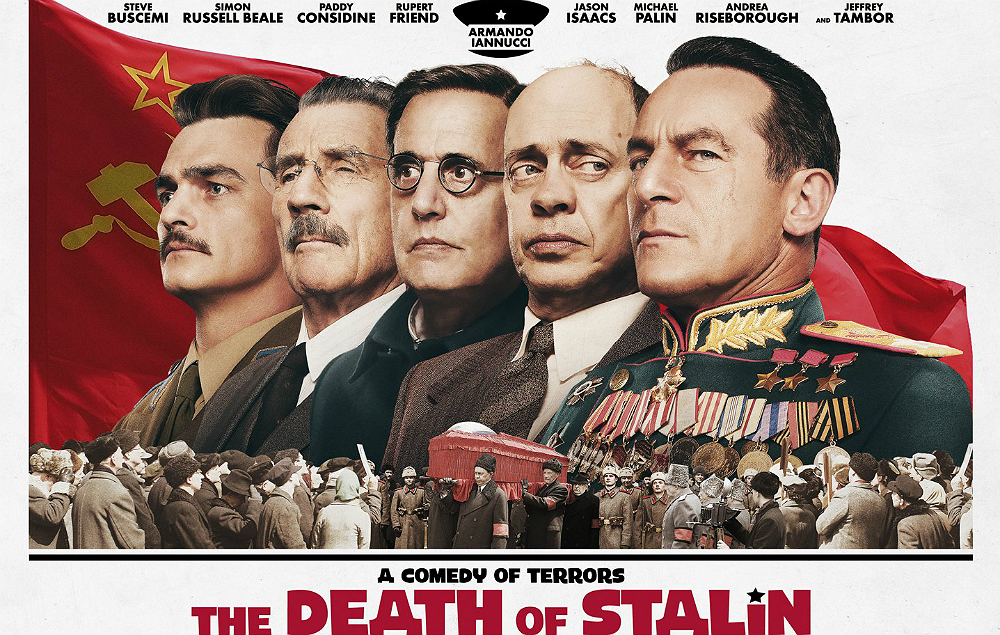 I’m originally from Cuba, the Cuba that the Communists turned into, first, a paranoiac, oppressive nightmare and, then, turned into a pigsty. One of my degrees was in history and as a result of my family’s experience, I particularly focused on Marxist countries, constantly reading the survival stories, the history of the rulers and their crimes, as well as the extensive Western apologists’ writings, all of which should have been mandatory reading in Western countries and which would have nipped the present resurgence of totalitarianism in the bud (everyone has heard of Himmler and of Dachau and Auschwitz, but few people have heard of Yagoda, Beria, Kolyma, or Vorkuta).

I was steeped in the horrors of Communism, so when I heard that Iannucci had written a comedy on those horrors, and that the events in the movie were historically accurate, I was shocked, fascinated, curious, offended. And impatient to see it. Incidentally, a formal treatment of Stalin’s death can be found in Rubenstein’s The Last Days of Stalin.

The movie finally arrived in the United States, shown in only a few theaters, and I went to see it. Having a bucket of ice-cold water thrown at you outside in winter; it would be both funny and traumatic. The audience watching the movie in that theater felt that way. We saw scenes and heard dialogue that were hilarious—and horrible. We all wanted to laugh but couldn’t. Occasionally a laugh would escape from someone in the dark, only to be instantly stifled. We felt that to laugh was wrong.

The film is really a masterpiece of dark humor.

Later, I bought a DVD copy of the movie to add to my collection of DVDs.

My wife and I are friends with a Ukrainian and Russian couple and when I recently mentioned the movie The Death of Stalin, they said they had not seen it and so I loaned them my DVD. I thought that they might enjoy it.

And I must confess in hindsight that I was very stupid. And insensitive.

When my wife later asked her what they thought of the movie, this is what the Russian wife texted back: “Also, last weekend I watched The Death of Stalin. I got the cognitive dissonance, that’s how I would describe my feelings. They mostly followed the historical facts, but I cannot accept any sarcasm or dark humor about these tragic events that’s happened in my former country. (My grandfather spent his [sic] a big chunk of life at the concentration camp [the gulag] before the World War 2 and after that. He got Posttraumatic syndrome, his life was ruined, his two sons (including my dad) were sent to the child prison as children of enemy of nation. They were raised up at the orphanage then. So I couldn’t laughing [sic] (which was supposed to do), by watching this movie. I enjoyed the actor playing Chrushev, though.”

I saw the movie two years ago. I was so stupid that the obvious did not occur to me, to wit, that for us the events in the movie were historical, but to them, they were personal. And painful. Extremely painful.

And I insisted that they relive them.

I felt terrible reading her text.

And this explains to some degree why Russians and Ukrainians are reluctant to speak about those days. In the West, particularly America, we have the attitude that it is good to remember and speak about past trauma, that it is beneficial in that by speaking about it a weight is lifted from one’ soul. We also believe that by revisiting the trauma we learn to avoid a recurrence and we teach others to avoid a similar situation.

Incidentally, now that they see what is going on in this the United States, with the fraudulent election, the ubiquitous censorship, the indoctrination in schools, the constant Marxist and racist propaganda, the politicization of the military, and Americans’ total lack of backbone and refusal to fight back—physically fight back—they have contemplated leaving the USA.

Armando Simón is a trilingual native of Cuba with degrees in history and psychology, with feelings of déjà vu. He is the author of several books (Very Peculiar Stories, When Evolution Stops, The U) which can be found—for now—in Barnes & Noble, and Amazon. But not for long.