A Monument to Self-Importance 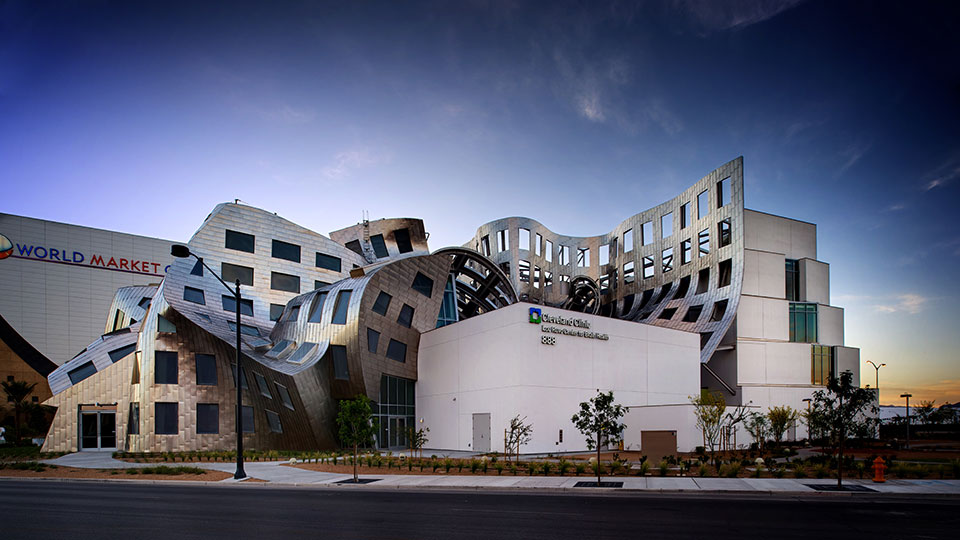 When a reader first drew my attention to the Lou Ruvo Center for Brain Health in Las Vegas, designed by Frank Gehry and completed in 2010, I felt it necessary before writing about it to ask whether it was real or a photoshopped spoof. Once or twice in my career, I have been taken in by spoofs and made to look foolish; I did not want that to happen again at my advanced age, as if I had learned nothing.

But then another reader also drew my attention to it. No, it was real enough, alas—part shiny bent metal (much of it without any structural function), part rigid white box. The two disparate elements were apparently supposed to represent the right and left hemispheres of the brain. God preserve us from starchitects with ideas of symbol, which bear the same relationship to real ideas as kitsch does to art.

A glance at this structure induces a state of anxiety, or, alternatively, a feeling of sea-sickness. Has there been an earthquake, or perhaps a terrorist attack, to twist the metal in this way and set windows at peculiar angles? Has it been designed by a brain-damaged patient with perceptual difficulties?

Meantime, in the ancient city of Arles, in southern France, with its famous Roman amphitheater, Gehry has designed a building for an arts center that looks like a construction by the graphic artist M.C. Escher, but clad in aluminum, a material guaranteed to make any building look cheap no matter how expensive it was to build.

No two buildings were ever more successful in drawing attention to their architect than these. That, it seems to me, is their principal function: the immortalization of Frank Gehry. Future generations—assuming that the buildings have not by then been improved by the only means possible, demolition, and assuming that their style has not in the meantime become a vernacular, which is most unlikely—will inevitably ask, “Who designed this?” Thus the name of Frank Gehry will live.

But they will have asked the wrong question. The right, or at least more important, questions will be “Who allowed this?” and “Why did they allow it?”

No simple or final answer to these questions will be possible. If, for example, we say that the patrons and those who granted permission to build believed that they would be displaying a lack of comprehension of architecture by objecting to certain architects’ designs, then the question becomes “Why did they have so little confidence in their own judgment as not to be able to resist the gimcrack arguments of the architects?” Or was their taste so debased that they actually liked what the architects offered them? Then a question about the collapse of the elites arises.

In any case, we seem for the time being to be stuck with the gimcrack starchitects and their self-advertising projects.