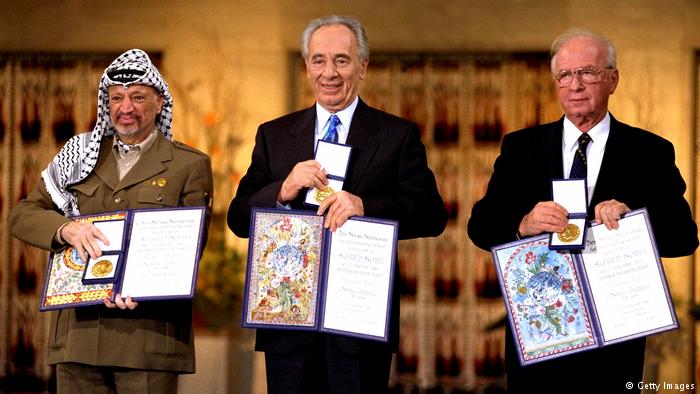 Marc Anthony, with rhetorical virtuosity and shrewd in the means of persuading people, orated over the corpse of Brutus who had just been killed by his army that he was the Noblest Roman of them all. It is unlikely he would have made a similar remark over the very much alive President Donald Trump, but he would not have automatically dismissed the suggestion that Trump was of Nobel material. That was suggested by South Korean President Moon Jae on April 30, 2018. Moon, basking in the glory of his meeting three days earlier with North Korean President Kim Jong Un suggested that Trump be given the Nobel Peace Prize for his efforts in helping bring the North Korean leader to peaceful discussions and to consider resolving the latter’s nuclear weapons program. All we need, said Moon, is to bring peace after 70 years of war.

Should Trump be considered for the Peace Prize at this point? Trump may be given due credit for the dramatic breakthrough in relations between the two Koreas. But consideration of  the Peace Prize is premature in view of the uncertain conditions in the area where North Korea  has a long history of not fulfilling promises about its nuclear capability and previous failed negotiations between the two sides. It is likely that Kim wants to be the predominant power in the Korean Peninsula. Scepticism is justified about the intentions of Kim and his statement he will give up his nuclear weapons if the U. S. promises not to invade his country.

In view of this uncertainty over the Korean situation, it is the better part of wisdom that Trump should not be added immediately, though there are other circumstances mentioned later in which this should be considered, to the 330 candidates, 216 individuals and 114 organizations, already nominated for the Nobel Peace Prize in 2018, the second highest number ever. The decision is made by the Nobel Committee, five member appointed by the Norwegian parliament. For some reason never fully explained, though there a number of suggestions, the donor of the Prize the Swedish industrialist, arms manufacturer, and inventor of dynamite, Alfred Noble wanted the prize to be given in Oslo, not in Stockholm as all other Nobel Prizes are given.

Officially, the Peace Prize is given “for extraordinary efforts to strengthen international diplomacy and cooperation between peoples.” Other stated purposes are for those who have done the most or the best work for fraternity between nations, for the abolition of standing armies, and for holding and promoting Peace Congresses. Since the Peace Prize was first given in March 1901, it has gone to 125, 86 men, 16 women, and 23 organizations, three times to the International Red Cross.

There have always been controversy on awards and non awards, and even confessions of mistakes. Some Peace Prizes have been given for concrete achievements, others, as with President Barack Obama, symbolically. The most recent comment on this is by Geir Lundestad, non-voting director of the Nobel Institute, 1990-2014, who in a recent book confessed the award to Obama on October 9, 2009 only eight months after he was inaugurated, was premature, and that the award did not achieve what the Committee had hoped for. Obama himself, perhaps in modest mood, did not feel he deserved to be in the “company of so many of the transformative figures who have been honored with the Prize.”

No one can object to many of the recipients of the Peace Prize: Mother Theresa, 1979, Dag Hammarskjold, 1961, Albert Schweitzer 1952 with his Reverence for Life, Elie Wiesel 1986, Martin Luther King, Jr. 1964, Ralph Bunch 1950, Nelson Mandela 1993, and the delightful Malata Yousafzai, the courageous Pakistani activist for female education, shot by Taliban terrorists who got the Peace Prize in 2014, at age 17, the youngest laureate. Among the recipents were three sitting US Presidents, Theodore Roosevelt, for his role in ending the Russo-Japanese war, and the Moroccan crisis in 1906, Woodrow Wilson, for helping create the League of Nations, and Barack Obama.

Rewards to some other recipients have been more controversial for political and other reasons. They have included Theodore Roosevelt, the first statesman to be given the award, Yasser Arafat in 1978, Henry Kissinger in 1973, Sadat and Begin in 1978, Jimmy Carter in 2002, and Al Gore for environmental activity in 2007.

Also, some of the nominations have been bizarre, such as Stalin, Fidel Castro, Mussolini, Hugo Chavez, Edward Snowden and even Hitler as a joke in 1939. There has always been criticism of the nonawards in other Nobel Prizes, especially those for literature. No Nobels went to Virginia Woolf, James Joyce, Marcel Proust, F. Scott Fitzgrald, Joseph Conrad, or Henry James. A similar comment can be made of the Peace Prize. Among those neglected or overlooked are  Mahatma Gandhi, Eleanor Roosevelt, Vaclav Havel, and Pope John Paul II.

The question has now arisen of whether the award can be taken away. The most dramatic case is that of Aung San Sun Kyi who was critical of the military junta in her country Myanmar, Burma, and was subjected to house detention between 1989-2010. Aung was given the Peace award in 1991 for striving to attain democracy, human rights, and ethnic conciliation by peaceful means. She is celebrated and the central character in the film The Lady directed by Luc Besson in 2011.

But the halo of sainthood has gone as have claims of moral authority. After her political party won the parliamentary election in 2015 she became leader of the country. She has been subjected to great criticism for doing little or nothing to control or even criticize the brutal atrocities by the Burmese military against the Rohingya people, the Muslim stateless ethnic minority. In 2016 the armed forces began a crackdown on the Rohingyas in Rakhine State; hundreds were killed, many more fled to Bangladesh, about 100,000 were displaced, and hundreds of houses were burned.

Aung even denied the identity of the Rohingya people and said she did not know if they could be regarded as citizens. Her retort to critics who complained of her refusal to condemn the military for its abuses was “show me a country without human rights issues.”

Already, the U.S. Holocaust Memorial Museum has revoked the Elie Wiesel award given her in 2012, and the city council of Oxford stripped her of the award of Friend of Oxford. The Nobel Committee should act in similar fashion.

Under what circumstances should Donald Trump be considered for the Nobel Peace Prize? The answer is for his part in the breakthrough in getting Palestinians to the negotiating table to begin negotiations with Israel. Under present conditions this is more difficult that the Korean situation as is clear from the statements and behavior of Palestinian President Mahmoud Abbas. Meeting with French President Emmanuel Macron in Paris on December 22, 2017 Abbas declared that the U.S. is no longer an honest mediator in the peace process and that Palestinians will no longer accept any plan from the U.S.

The true feelings of Abbas were made even more evident in a speech to the 23rd session of the Palestinian National Council on April 30, 2018 when he made remarks, which the European Union found “unacceptable” concerning the origins of the Holocaust  and Israel’s legitimacy. The Holocaust, he argued, was caused in part by European resentment of the role Jews played in the financial sector. Animosity against Jews arose not because of their religion but because ot their societal activity, money lending.

Donald Trump may try but is unlikely to end this blatant antisemitism of Abbas and others, but he will deserve the Nobel Peace Prize for getting Abbas or any Palestinian leader to the negotiating table and achieving a peace settlement on final status.