A Syrian “Success Story” in Pittsburgh 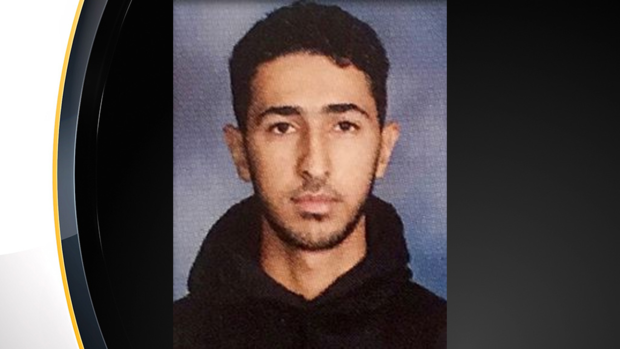 Here is another Syrian “success story,” that is, another young Syrian male who came to the West as a refugee and has shown his gratitude by plotting to blow up a Christian church. In this case, the story comes out of our own country, more specifically, Pittsburgh.

Syrian national, Mustafa Alowemer (24), has been sentenced to 17 years in prison for plotting to blow up a Nigerian Christian church on the north side of Pittsburgh, an area, by the way, in which I resided for two and a half years. He said his motive was to seek revenge for how his “ISIS brothers” were treated in Nigeria. The details of Alowemer’s case can be accessed here.

Revenge for how his ISIS brothers are treated in Nigeria? Is he referring to the noble souls who wipe out villages in Northern Nigeria, slaughter Christians, kidnap young girls, and hold them as sex slaves? Oh, silly me. That is Boko Haram. I am sure there is no connection (or similarity) between the two groups.

Since the Syrian civil war exploded in 2015, the West has been flooded with refugees from that country or those claiming to be Syrian. A disproportionate number of these refugees tend to be unaccompanied young men in their twenties as opposed to women and children. Europe is dealing with crimes and violence (murders, stabbings, rapes) committed by many of these young Syrian “refugees” who show no gratitude for being taken in by Western countries.

“The defendant’s plan to bomb a Pittsburgh church and risk death or injury to residents in the area in the name of ISIS was thwarted by the extraordinary work of the Pittsburgh Joint Terrorism Task Force,” said U.S. Attorney Cindy K. Chung for the Western District of Pennsylvania. “Our office will continue to hold accountable individuals who threaten the safety of our communities.”

While I appreciate the words of US Attorney Cindy Chung, and I am supportive of the FBI’s work in stopping terrorist attacks, I ask myself why our government does not do more to keep people like Alowemer out of the country in the first place. Not that I feel no sympathy for legitimate Syrian refugees fleeing the horrible events in their country in the past several years. However, the safety of our own people is paramount, just as the safety of citizens of other Western countries is paramount.

There is something particularly despicable about so-called refugees who are provided asylum yet wish to destroy the very society and kill people from the nations that have given them refuge.

Currently, our border with Mexico is wide open, and people are coming here in droves, people whom we know nothing about except that they are not all from Mexico or Latin America and looking for jobs. Many are showing up on our southern border from places like Pakistan, Iraq, and yes, Syria. Some are even to be found on our terrorist watch list. Add all this to the drugs, human trafficking, fentanyl issue, cartels, and violent crime along our border, and one would conclude that our government should be stopping it by securing our border.

But they are not.

So, along with everything else, we will have to deal with periodic cases like Syrian national Mustafa Alowemer, who shows his gratitude by trying to set off bombs and murder innocent Americans. Mark my words; it is just a matter of time before the next Mustafa Alowemer succeeds in setting off a bomb and killing our people, as did the Boston Marathon bombers. Innocent people will die, sacrificed on the altar of whatever it is that President Biden and his minions believe is best for our country. To me, this is nothing more than criminal negligence on the part of our decision-makers and political leaders.