Affirmative Action in Harvard and Elsewhere 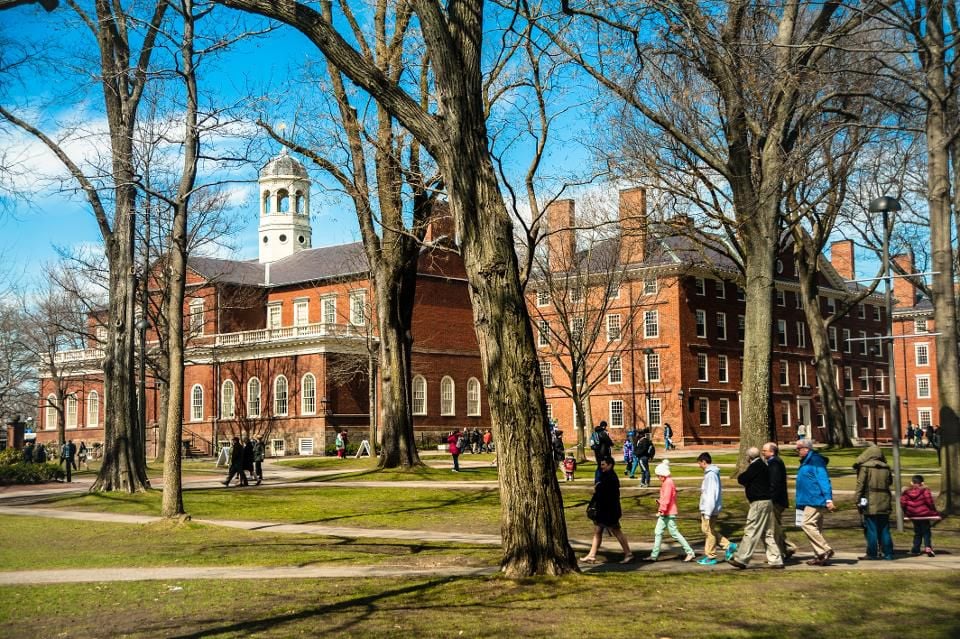 How many times must a man look up before he can see the sky? The answer, my friend, is whistle blowing in the wind or leaking information or activity that appears to be illegal or unethical. The U.S. has a formidable list of whistle blowers, Daniel Ellsberg 1971, Deep Throat 1972, Chelsea Manning 2010, and Julian Assange and Wikileaks. In the contemporary U.S. whistle blowing has become a cottage industry, overwhelming Congress which has little time left or interest in discussing or legislating substantial issues. One of these issues has become prominent as a result of open, not secretive, allegations made by an organized student group critical of affirmative action procedures at Harvard University.

The US has in recent months been witnessing college admission scandals, allegations and court cases involving celebrities and wealthy parents who paid educational administrators and coaches to help their children gain admission at elite colleges. University administrators were bribed to facilitate applicants cheating on college entrance exams or paid large amounts to nominate children of donors. The U.S. court system has had to deal with these illegal and improper actions, but it is now engaged in a more general and controversial issue, the problem of race and affirmative action in deciding on college admissions, while rejecting explicit quotas.

Public opinion polls in the U.S. show a majority approve of affirmative action, including increasing minority representation on college campuses, but also concern about preferential treatment. This has led to charges of “reverse racism,” and “reverse discrimination” in response to race-based public policies, and to expressions of grievance. In other words, the use of race in making decisions for affirmative action may produce discrimination.

Policies of affirmative action have therefore been criticized for various reasons. First is the argument that ending past discrimination against certain minority groups does not justify current discrimination against other groups, especially non-minorities. Secondly, it leads to race being regarded as the main factor in university admissions and in employment. Thirdly, it may reinforce stereotypes of groups, implying that all members of a particular skin color group are similar. The issue, complex and controversial, of affirmative action therefore remains divisive, as does the question of diversity.

Harvard University has become the center of analysis of this complex issue as a result of a lawsuit brought by a group called Students for Fair Admissions, SFA, claiming that Harvard has intentionally discriminated against Asian-Americans, AAs, that it had used race as a significant factor in administrative decisions, and had used racial balancing.  There was, it held, an implicit bias of administration officials who in making decisions took into account personal factors, such as positive personality, likability, courage, kindness, well-respected, factors in which AAs ranked lower than other applicants.

The SFA claimed that Harvard was unfairly rejecting and limiting the number of Asian-Americans in favor of less qualified academic applicants, including those with legal status, or children of donor connections, or gifted athletes.  The case therefore raised issues of race, class, power in U.S. society.  Harvard’s initial response is that in 2018 AAs constituted 20% of Harvard’s admitted class, though AAs constitute only 6% of the U.S. population. Harvard in 2018 had an acceptance rate of 5.4% of applicants. Its admitted undergraduate class of 2023, entering in fall 2019, is composed of Asian-Americans 25.6%, African-Americans 13%, Hispanics 11.8%, Native Americans 2.2%, and 47% Whites.

On October 1, 2019, Federal District Judge Allison D. Burroughs, a judge appointed by President Barack Obama, in a 130-page ruling decided on the legal challenge from the SFA. The group argued that Harvard was unfair in rejecting Asian-American students and thus was violating the 1964 Civil Rights Act. Title 6 of the Act prohibits discrimination on the basis of race, color, and national origin in programs and activities receiving federal financial assistance.

Judge Burroughs ruled that Harvard, while not perfect in its admissions process, had correctly applied standards regarding race in decisions on admissions. It had not intentionally discriminated against Asian- Americans.  The admissions policy did not violate federal civil rights law. She asserted that race had played a proper specified role in the admissions process. She focused, as the U.S. Supreme Court has done in recent cases, seeing diversity as the factor in which the use of race is justified. Harvard students will have the opportunity to know and understand one another beyond race, as individuals with unique histories and experiences. These Harvard students will live together with all sorts of experiences, beliefs, and talents.   Diversity can enhance the education of students of all races and backgrounds to assume leadership roles In the increasingly pluralistic  society into which they will graduate.

Burroughs held that ensuring diversity at Harvard relies, in part, on race conscious admissions. This means groups not advantaged by the process will be penalized to some extent, but this is justified by the compelling interest in diversity. The value of diversity, she argued, is that it will foster the tolerance, acceptance, and understanding that will ultimately make race-conscious admissions obsolete.

The SFA brought the case under Title 6 of the 1964 Civil Rights Act which bans racial discrimination. The Asians claimed they had been disparaged by negative stereotypes, that Asians were scored lower for “personality” characteristics while scoring higher on tests, GPAs, and extra curriculum activities. They held that there was a disparity in subjective evaluation and some implicit bias by Harvard, but Burroughs countered this was small and was not intentional discrimination.

The decision of Judge Burroughs will no doubt be appealed to the 1st U.S. Circuit Court of Appeals, and probably to the U.S, Supreme Court which will again hear cases of affirmative action., following the Bakke and Fisher cases.

The 1978 Bakke case, University of California v. Bakke decided by 5-4 that colleges could consider race, among other factors in admissions policy toward goal of greater diversity.    Justice Lewis Powell noted that diversity was a compelling government interest.  Two problems arise: how much diversity is necessary to achieve the desired goal; and is race based affirmative action the best way and necessary to reach that goal? Burroughs noted that ensuring diversity at Harvard relied in part on race-conscious admissions policies.

Fisher v. University of Texas decided by 4-3 in 2016 to uphold an admission policy that included race and held it was lawful under the Equal Protection Clause of the 14th Amendment. The decision was written by Justice Anthony M. Kennedy, the decisive vote, who had not previously upheld affirmative action programs.

The composition of the Supreme Court has changed since these decisions, by the entrance of Neil Gorsuch and Brett Kavanaugh, and they may make a difference in affirmative action cases.

According to Harvard President Lawrence S. Bacour, Harvard will continue to consider race, alongside many other factors to achieve “our goal of creating a diverse student body that enriches the education of every student.”

The dilemma remains.  If Harvard admissions were based purely on academics, Asian-Americans would make up more than 50% of the admitted class. The Supreme Court will now have the opportunity to decide if Harvard, like other colleges, injures AAs by discriminating against them on the basis of their race and ethnicity and holds AAs to a higher standard than other students.