Anti-racist slogans for your thoughts 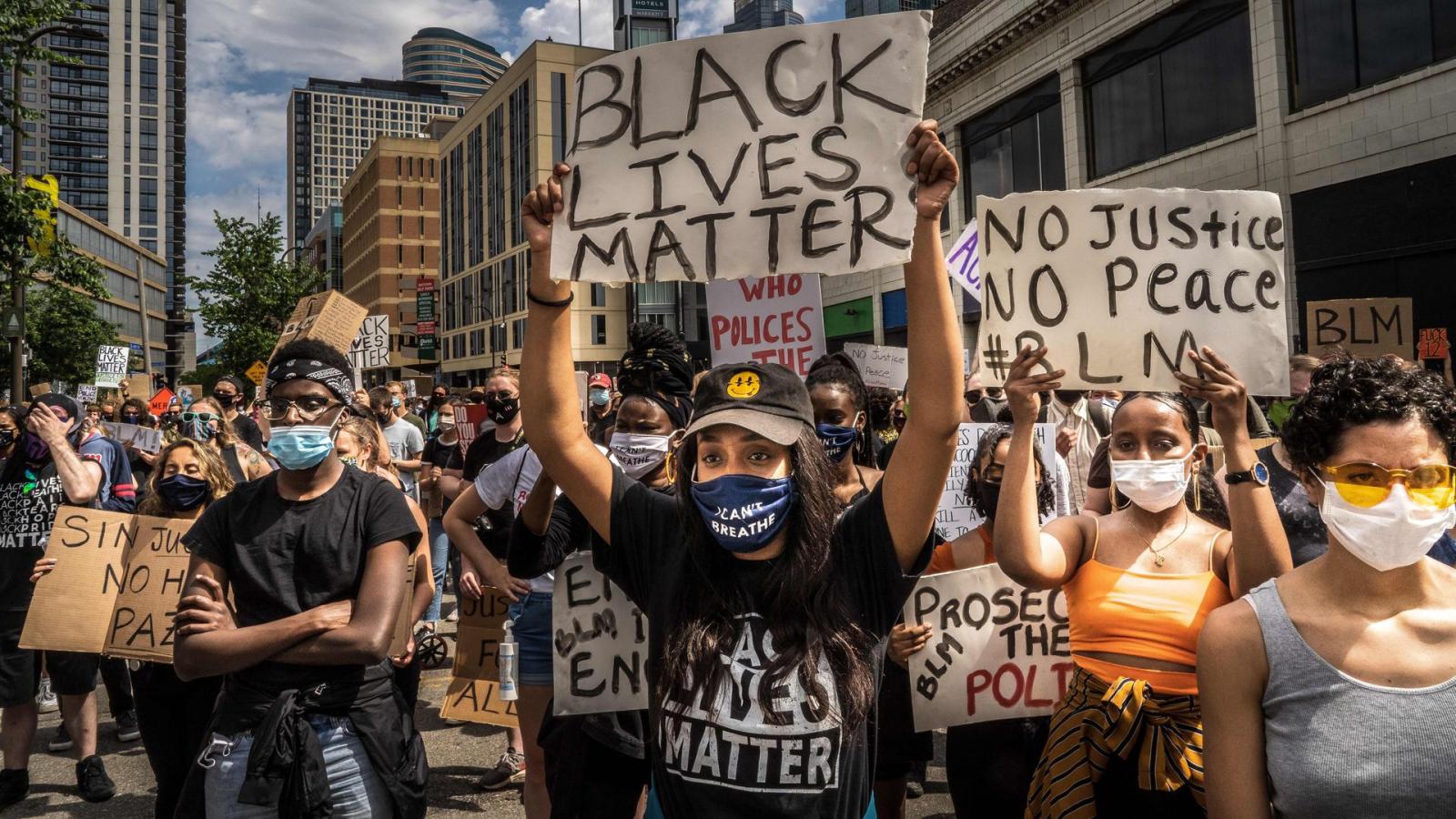 George Orwell warned against “streamlined men who think in slogans and talk in bullets.”

Since the asphyxiation of George Floyd, a black man, by Minneapolis police, slogans have been suffocating discussion. Not so much about prosecuting bad cops, let alone murderous citizens like the three white men in Georgia who killed Ahmaud Arbery, a black jogger.

Rather, discussion about the United States. Two slogans against thought have been “systemic racism” and “Black Lives Matter!” (as distinct from black lives matter).

White racism against blacks was endemic, institutionalized and legal. The Civil War destroyed slavery but it would take the civil rights struggles of the 1950s and ’60s to end Jim Crow racism. Lynchings of an estimated 3,500 blacks and 1,300 whites between 1882 and 1968, and not just in the states of the old Confederacy, epitomized such hatred.

Before the Civil Rights Acts of 1964 and Voting Rights Act of 1965 there were few elected African-American public officials, disproportionately few in colleges or as corporate executives and virtually none as entertainers in charge of their own careers. Not so 50 years later.

Sen. Tim Scott (R-S.C.), an African-American, has said he was stopped seven times his first year in Washington for driving a new car in the wrong neighborhoods. Yet, unimaginable a half-century ago, Tim Scott is an African-American Senator from South Carolina. Plenty of anti-black racists remain but contrary to the Black Lives Matter! organization, institutionalized racism does not.

This writer has noted that the Migration Policy Institute reported “the United States has been the top international destination for international migrants since at least 1960.” Roughly one million people annually immigrate legally and illegally to America. Of all races, they come from India, China, Mexico and pretty much everywhere else. They are not fools; they come for freedom and opportunity and would not do so was racism still endemic.

Inter-racial marriages—rare when not illegal two generations ago—have become increasingly commonplace. Many urban areas in which most African Americans live have been led by African American mayors and city councils, often with black police chiefs and judges on municipal courts.

Black Lives Matter! Yes, and not only in cases of white police brutality against black Americans.

The Manhattan Institute’s Heather Mac Donald, author of The War on Cops (2016), recently noted that “in 2019, police officers fatally shot 1,004 people, most of whom were armed or otherwise dangerous. African-Americans were about a quarter of those killed” (235). This ratio “is less than what the black crime rate would predict, since police shootings are a function of how often officers encounter armed and violent suspects.”

Mac Donald wrote that in 2018, the latest year for published data, African-Americans made up 53 percent of known U.S. homicide offenders (identities are not always known) and committed about 60 percent of robberies, though they were 13 percent of the population. The vast majority of those homicides resulted from blacks killing other blacks. Meanwhile, a police officer, white, black, Hispanic or other “is 18.5 times more likely to be killed by a black male than an unarmed black male is to be killed by a police officer.”

Some label asking about disproportionately high rates of intra-black violent crime a deflection. After all, the vast majority of white homicide victims are killed by other whites. The underlying issue, we are told, is white supremacy that causes black impoverishment and leads to violent crime.

But in 2013, Ron Haskins of the Brookings Institution described a study showing “three simple rules poor teens should follow to join the middle class.” These were “at least finish high school, get a full-time job and wait until age 21 to get married and have children.” Almost three-quarters of those who followed this “success sequence” ultimately would make it. Their children would be much less likely to end up poorly educated, impoverished or entangled with the criminal justice system.

Yet today three-fourths or more of non-immigrant African-American babies are born to unwed mothers while for Hispanics the illegitimacy rate is about 57 percent, for whites 30 (all historically high). Since negative socio-economic outcomes are more likely for all these children, something other than white supremacism must be at work.

Leftists attacked the “success sequence” as blaming the victim. But a 2017 report from the Institute for Family Studies and American Enterprise Institute supported Brookings’ analysis.

The writer is a communications consultant in Washington, D.C. and author of Jews Make the Best Demons: “Palestine” and the Jewish Question, New English Review, 2018.  The opinions expressed above are solely his own.