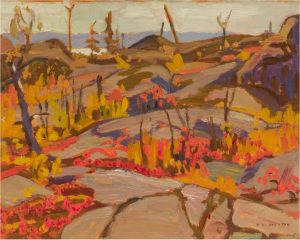 I’ll be your huckleberry. —Doc Holiday to Johnny Ringo 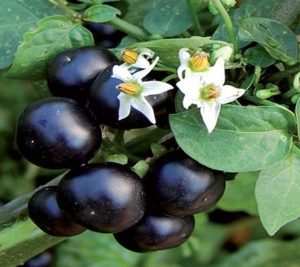 A huckleberry, on the hoof, is a midnight blue, bush-born berry, not unlike the elderberry or blueberry. The huckleberry has ten seeds and a gamier taste. In America, they are found in mountainous bear country, places like Montana and Utah. Indeed, huckleberry comestibles in America, notably syrup, come mostly from Montana. All such berries can be distilled into a moonshine called “screech;” the sound you are most likely to make when you wake up after being overserved.

A hangover from black & blue berry moonshine feels like having brain surgery without anesthesia.

Huckleberry is one of those nouns that assumed several meanings over time. In the Middle Ages a huckleberry could be an advocate. A fair maid might put a cluster or sprig of dark berries on a sword or lance to signify that a contestant was her champion. In 19th Century America, a huckleberry might be a pallbearer who wore a lapel sprig of mourning; indeed, a coffin mule, the guys that carry boxed cadavers from chapel to grave. Recently, a “huckleberry friend” has come to mean a childhood, or lifelong, chum (aka BFF) for lyricists like Johnny Mercer and composers like Henry Mancini, popularized in song by Audrey Hepburn and others.

A huckleberry friend in the 20th Century was probably someone who might have accompanied you on your riparian adventures when you were a child.

As rhetoric will have it, the most infamous usage comes from a fact-based Hollywood horse opera, Tombstone, where Doc Holiday, history’s lethal dentist, tells Johnny Ringo: “I am your Huckleberry.” The gunfighting tooth surgeon was telling Johnny that he, Holiday, was the man who would put Ringo in the grave. In the real world, a few months hence, Johnny Ringo was found under a tree, shot in the head by an unknown culprit. The real Doctor Holiday died in bed in Colorado. His sidekick, Marshall Wyatt Earp, just moved to Los Angeles to the delight of rhinestone cowboys everywhere.

I used to pick berries on the trail in the canyons of Utah for a snack. I discovered that they made great fish bait too. Whilst trespassing one breezy summer afternoon on a stretch of the Weber River, I noticed that ripe berries were falling off a streamside bush and being devoured almost as soon as they hit the water.

You might think that vegan trout would be unusual, but I discovered, by trial and error, that the most aggressive predatory fish will bite any moving colorful object out of hunger, lust, or just pique. The Pacific salmon family, for instance, as they school in brackish water before heading upstream for romance and death, do not dine. However, they will strike a flashy spoon out of spite; probably because they know what awaits upstream; marriage, huckleberries – then death.

I’m not a fly guy, nor do I believe “catch and release” will make me a morally superior angler. Nor do I believe that worms, grubs, crickets, berries, or dead fish baits are sinful. Since my huckleberry days, I have caught my own bait and made my own lures, mostly from yard sale jewelry. There’s something about a little bling that makes grown men and large fish want to nibble.

We are derisively called “hardware” piscators.

I also catch as many fish as my mates and I can eat and no more. Recreational or trophy fishing is a sport for woke wankers. Most fly anglers, like salt water charter boat captains, will not eat any variety of fish on a dare.

The idea behind fly fishing is “light tackle;” this is to use fragile, and mostly expensive, gear to hook and “play” the largest fish, for as long as possible, before unhooking and release. Light tackle torture requires a couture ensemble befitting a poseur who targets bonefish (inedible), bass (edible but sad), snook (also inedible) or trout/salmon (universally delicious).

My aversion to the fly cult is pragmatic.

I don’t care for all that gear, like suicide waders, or the ethos. Ever tried to swim back to dry land wearing waders? Fly fishing reminds me of bullfighting or golf, fashion forward sports for sadistic men who fancy swords, pedal pushers, sequins, small balls, long clubs, and even longer hot walks in the sun.

My drift to the fish side of the argument began with my Huntsville niece, Renee, as were about to poach our breakfast on a stretch of the Weber where we noticed a flock of buzzards circulating above the river downstream. With our catch of two, we hiked downhill, beyond the public access stretch, and discovered that the birds were eating dead fish below the wader wankers. The floaters, for the most part, were lovely rainbow trout that had not survived the hook, play, and release fetish underway where the Abercrombie “sports” were fishing.

My piscatorial ethics are confirmed by several species from the best fish families; the Halibut, the Sables (black cod), and the Walleyes; the latter, a well-kept fresh water secret. None of the foregoing fish consume insects; surely not real bugs or the contrived overpriced forgeries used by Cabela cowboys. None are tortured on light tackle either. Withal, there is no better eating than; fish and chips made with halibut, smoked fish made with black cod, or Walleye cheeks prepared in any combination of lemon and butter.

One last huckleberry tale before we leave the slack water.

My basecamp in Utah was at a friend’s house in the tiny valley community of Huntsville, a Mormon village of no more than 750 even in a good birthing year. Huntsville has a single claim to fame, the Shooting Star Saloon; the oldest saloon west of the Missouri.  If you don’t know the difference between pub, a dive bar, and a saloon; you need get out more. 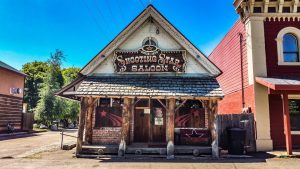 In my huckleberry days, the Shooting Star was run by a couple of “Jack” Mormons, a comely lesbian pair in fact; a twosome united by comity if not piety. A Jack Mormon is any sinner who may have given up on temple, but not on Utah. Sociable women behind the bar out West is a kind of compensatory capitalism, especially in a parish that frowns on strong drink while still relishing plural indoor sports. The Star serves a dozen kinds of beer, seven varieties of tasty burger and one edition of hot dog; no fries, no salad, no chicken, no tofu, no yogurt and no Jell-O.

A plague of Jell-O attends most Mormon picnics. Sister wives often make a shade of Jell-O to match their pastel bonnets or frocks, a colorful if not gourmet experience. Sister wives, like nuns, are usually proceeded by whiffs or hints of talcum powder in the air.

In Winter, the Shooting Star is overrun by skiers, more fashion forward sports. But in the warm months, the Star falls back on its roots; bait piscators, (Huntsville is adjacent to a reservoir), and all the cowboy slackers you might expect to find in a mountain saloon. If you walk into the Shooting Star in August and sit at a table, whilst there’s room at the bar, you will probably insult the server (nee barmaid) and have to fetch your own beer anyway.

At the Star, the bar is place to be. Conversation is anthropologic.

One sweaty late afternoon I wandered into the Shooting Star for a beer and burger when I noticed that the mounted jackalope behind the bar was festooned with gay apparel. The jackalope is a rare issue of mixed marriage out West, a cross between a jack rabbit and an antelope, not unlike a Jack Mormon.

The jackalope feeds exclusively on huckleberries. The mounted jack was just one of many examples of the taxidermic arts at the Star, which as I recall, included a stuffed sled dog, a noble elk, an angry bear, and several lesser trophy varmints.

The lass pumping beer proceeded to tell me that there has been a “panty toss” the previous evening. As she told it, a distaff patron is asked to donate knickers to male players at the bar where contestants wad the delicates into a ball and toss them at the jackalope. String bikinis are preferred because, apparently, they have few aerodynamic virtues, but do add color to the sport.

The object is to impale the undergarments on the jackalope horns.

Rules are simple but absolute. Players must stand flatfooted on their side of the bar. No jump shots or dunks. All wagers must be on the bar before the toss; two dollars minimum. Tie scores are resolved by a shoot-out where the ante may be raised. Half the jackpot must be shared with the lassie who donated the knickers. Winning lingerie can be left on the jackalope horns or auctioned to the highest bidder.

The barmaid must have mistaken my wonder for skepticism. As I paid for my lunch, she chirped; “It’s not like it would be the first time anybody in this valley went home without their underpants.”

Even a trip to the in-house out-house at the Shooting Star was a hoot. When you visit the men’s room, as surely you must, they only serve beer; note the vintage wooden toilet seat, inverted like a good luck horseshoe, nailed to the back of the door. The inscription reads:

“This toilet seat was liberated from the lady’s room. $.25 cents a sniff. Honor system. Pay at the bar.” The notice is signed Huckleberry Hound.

If you didn’t know the difference between a pub and a saloon, you know now. In a pub, they might throw darts, in a saloon they throw, well, you get the idea.

G. Murphy Donovan usually writes about the politics of national security. The author squandered his early years in the Bronx, but spent his huckleberry days in Texas, Colorado, Utah, and Hawaii. This essay is dedicated to the Koi fish aficionados of Nashville, Tennessee.