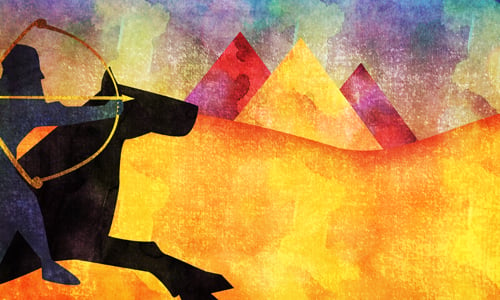 The 18th Anniversary of 911—the Pearl Harbor of the 21st Century—commemorated the loss of more than 2,977 American and foreigners in attacks by contemporary Amalekites—19 Egyptian, Saudi Arabian and Yemeni Al Qaeda Jihad extremists. They seized four Airlines and crashed them as flying bombs in what were the twin towers in Lower Manhattan, the Pentagon in Washington and in Sharpesville, Pennsylvania. The death toll now exceeds 3,557 if you include the 582 NYPD, NYFD and EMS who succumbed to cancer through 2018 arising from toxic exposures at the site of the former WTC. My son and I have a special interest in this as we were in Manhattan that fateful day with his law firm colleagues viewing the fall of the twin towers and later meeting some of it its victims escaping from the catastrophe.

All of which brings us to torah Parashas Ki Tetzei—literally “Into the Battle” (when you go out to war against your enemies—meaning your military opponent as well as your permanent enemy) and Moshe Rabbenu’s positive commandment to erase the memory of Amalek and his attack on Hebrews at Refidim after crossing the Sea of Reeds leaving Egypt.

Remember what Amalek did to you, on the way, when you were leaving Egypt, that he happened upon you on the way, and he stuck those of you who were hindmost, all the weaklings at your rear, when you were faint and exhausted, and he did not fear God. It shall be when Hashem, your God, gives you rest from all your enemies around, in the Land that Hashem, gives you, as an inheritance to possess it, you shall wipe out the memory of Amalek from under the Heaven—you shall not forget!

Hashem commands us to remember that the nation of Amalek attacked us at the beginning of the Exodus—and to destroy its remembrance. Interestingly, the text states that Amalek was “undeterred by the fear of God. The word Elohim used ‘fear of God” in this instance refers to the fear of the divine as the Bible recognizes that other religions of the time taught that gods punish sin. Therefore, the common trait of morality was missing thus prompting Amalek to attack sneakily the defenseless weak. Amalek attempted to destroy the Jewish People, and to deny our unique relationship with our Creator, and therefore we are called upon to destroy Amalek instead.

There are no modern maps with “Amalek” listed. There is no Amalekite government, no UN representative, not even an Internet Country Code. The only people remembering Amalek are the Jews, and we have an absolutist commandment to destroy Amalek’s memory. The best way to perform this Mitzvah is also the easiest—namely, to forget the whole thing.

Would that it were so simple! As the Torah text states, “blot out” or “erase,” the peshat (the plain meaning of the text) underscores the fact that the Israelites are not commanded to eradicate all recollection of Amalek. Rather, the Jewish people are commanded to remember forever what Amalek did. It may be true that there is no nation to which we can point, but Amalek’s descendants live on: ideological descendants, and, according to the Midrash, even physical ones. Haman the Agagite of the Purim story was from the Amalekites. Nazi Germany, of course, also followed this same ideology, and there are certain Talmudic passages about a country called “Germania” during the Roman Diaspora (the current exile) which seem eerily prescient today. There may be no country called Amalek, but the commitment to destroy the Jews is alive and well. You can find ideological Amalekites in Europe, the Middle East, even in America. Among them are Al Qaeda which perpetrated 911, Iran’s Shi’ite Supremacists—its proxies Hezbollah in Lebanon and Houthi in Yemen, the PLO, Hamas and the Palestinian Islamic Jihad, and ISIS. Clearly, we still need to remember.

There is a fascinating comment by the Chaim ibn Attar or Ohr HaChayim, 17th Century Moroccan rabbinic scholar concerning the battle with Amalek. The Midrash discusses a later attack by the Canaanites, also during the Exodus. The Midrash relates that the Clouds of Glory covered the people in the desert, as described in the Torah. Therefore, no one knew exactly where they were. Once Aaron passed away, however, the Clouds of Glory departed, and the Canaanites were able to attack.

This being the case, the Ohr HaChayim asks how did Amalek know where to look? His answer is that Amalek “struck behind you,” as it says in our reading. Amalek could not enter the clouds, but Amalek could follow them and attack those stumbling behind thereby violating the parameters of elemental decency by the very rearguard attacks on the stragglers.

As this passage from the Ohr HaChayim makes clear, we are not referring here to physical tiredness. The Clouds of Glory did not fail to protect God-fearing insomniacs. Amalek finds his opening when there is spiritual tiredness, when the connection between the Jews and their God is weak.

Spiritual weakness is the real enemy, even without a Haman, Hitler, Bin Laden, Al Baghdadi or Iran’s Supreme Leader Khamenei.

But then what do the Jewish sages tell us when it is permitted to unleash war on contemporary Amalekites?

The Jewish rationale for defensive war emerges in a Talmudic discussion of when it is permissible to wage war on the Sabbath:

Significantly, there is no explicit, biblical justification for engaging in defensive war. The rabbis do establish a duty of self defense for everyone based on Ex 22:1. The Talmud states in 3 places the “if someone comes to kill you, get up early in the morning to kill him first.” Berachot 58a, Yoma 85b, Sanhedrin 72a (redacted around 500 CE). Because everyone has both the right and the obligation of self defense, one might reasonably infer that the community does likewise. This Talmudic obligation of self-defense is emblazoned on every T’zhal (IDF) mess hall door.

Look at Maimonides’ expansion of the above from the late 12th century CE:

He also notes, “There is an opinion that in our times, even when the foreigners come only for monetary gain, we sally forth against them on the Sabbath, for if the Jews do not let the non-Jews despoil and plunder their possessions, they will kill the Jews.” (Shulkhan Arukh, Orach Hayyim 329:6,7)

In sum, even though the Talmud and codes do not directly connect communal self defense to the duty of either defending oneself or intervening on behalf of another, and even though one might argue that the latter duties do not establish the former, the Talmud does not question that a community must defend itself and even desecrate the Sabbath in the process. The codes not only endorse that right but expand upon it.

These sources also do not insist on the usual procedures required for engaging in other types of war when it is a matter of communal self defense.

Finally, there is the issue of pre-emptive actions the category of obligatory wars, mentioned in the Masechet Sotah 44b, undertaken for the purpose of “diminishing the heathens so that they do not march against them.” This form of defensive war is preemptive in the sense that it is aimed not at an actual attack, but against those who might well attack.

Surprisingly, Maimonides omits this category in his summary of the law of war. This omission has led later commentators to speculate about the permissibility of preemptive defensive war. A range of opinions supports discretionary war to “diminish the heathens” provided the Talmudic procedural requirements are satisfied.

Because these requirements are inapplicable under modern conditions, the only relevant addition would be an obligatory war to defend Jews against both actual and potential aggression “even when there is only a suspicion that they may attack us.” (Arukh HaShulkhan He’Atid, 19th century CE, Hilkhot Melakhim74:3-4).

Thus, pre-emptive war against the modern Amalekites arrayed against Eretz Yisrael is permitted by necessity.

Jerome B Gordon is a Senior Vice President of the New English Review, author of The West Speaks, NER Press 2012, and co-author of Genocide in Sudan: Caliphate Threatens Africa and the World, JAD Publishing, 2017. Mr. Gordon is a former US Army intelligence officer who served during the Viet Nam era. He is producer and co-host of Israel News Talk Radio – Beyond the Matrix. He was the co-host and co-producer of weekly The Lisa Benson Show for National Security that aired out of KKNT960 in Phoenix Arizona from 2013 to 2016 and co-host and co-producer of the Middle East Round Table periodic series on 1330amWEBY, Northwest Florida Talk Radio, Pensacola, Florida from 2007 to 2017.

PrevIslamic Reform: Craig Considine’s Bridge to Nowhere
Cumulonimbus, or The Cloud of All Things UnattainableNext