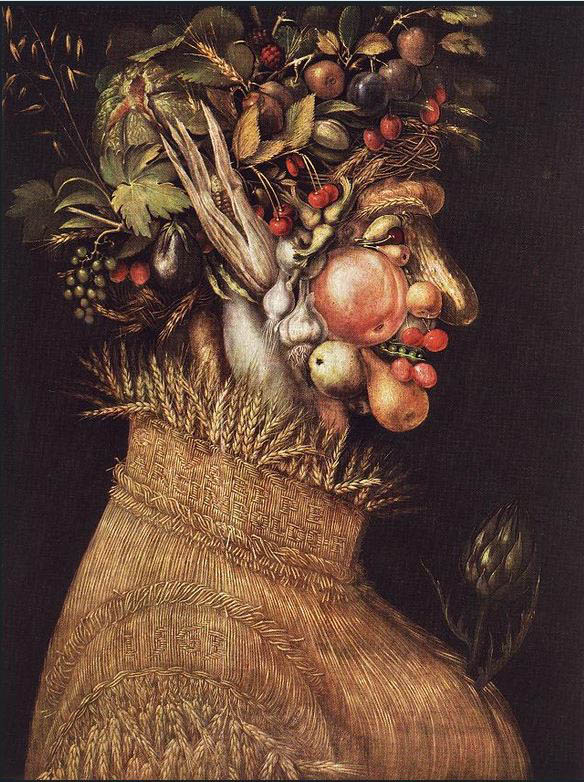 he source of present Western aggressions is not ideology but rather the lack of it; or what’s called relativism—namely the absence of any shared disciplinary agency which makes the liberal body “incontinent” and ever expanding. Western markets therefore have come to cater to the lowest human instincts known ever since the Reformation as Wein, Weib und Gesang—in its pop version “sex and drugs and rock’n roll.” It can be best summarized with the German term “Entgrenzung” which reflects the pagan nordic resistance to divine authority which frightened even liberal Heinrich Heine in his Parisian exile in 1830. “Entgrenzung” cannot be easily translated into English but perhaps “dissolution of any borders” comes pretty close, if we include inner and outer borders. It begets limitless bodily issues or “anything goes” dynamics which, in turn, are supposed to attract limitless immigration. Both combined elicit, radically secular impulses like the modern mantra: “set me free!” representing the descent from the sacred inward self to the profane outward ego. Today this seems to divide the east from the west globally. It is also known as the slippery slope from Adam II (ruled by Jerusalem or the auditive paradigm of morals) towards Adam I (ruled by the visible paradigm of Hellenism).

Modern unreconstructed Adam I typically tends to the disinhibition of instincts and shedding of morals—a course the West has travelled ever since the Renaissance. Yet, only with the Enlightenment the dissolution of borders has been misunderstood in Rousseauan group think as “natural liberation” in order to make it look innocent. Rousseau himself incorporated this toxic exculpation perfectly personally disposing of his own children to an orphanage while writing his book “Emile” on the “education sentimentale.” Rousseau was at times perceived as a “parading psychiatric lexicon” such as on occasion of his visit to London. There he would provoke everybody by his disruptive behavior including his generous host, the polite and well-mannered Scottish philosopher David Hume. Yet if we believe Leo Strauss, it was Rousseau, not Hume, who became the prophet of modernity. Rousseau is the romantic “vegetable man” who, until today, is providing the proverbial green “fig leaf” for all claims to “naked innocence”. Meanwhile, the fig leaf has been universalized by the “green” revolution through eco-sexism. It keeps being infatuated with the twin anomalies of “liberation” from national as well as moral borders. Abundant liberal self-hatred, turned against the inner conscience or Adam II, is a good indicator for this dismal condition.

Another way of looking at this liberal dilemma is the dissolution of Protestant ethics of old from both individual and community. While the former was centripetal drawing everyone to the family, meanwhile, gender identity politics and advocacy for limitless immigration share the centrifugal perspective of “after us the deluge.” This is the best definition I can come up with of antediluvian and innocent “vegetable man.” But green-pink “shame and blame” politics do not work even for themselves which is why we are seeing the undying guilt feelings surfacing again with narratives of “rising sea levels.” The green-pink breakaway from the three centripetal powers: religion, family, and nationhood seems paradoxical only because we are still under the shocking spell of the chemical genocide of Auschwitz. For this reason, green-pink BDS activists feel perfectly comfortable in spearheading the Western fight against “religion, family, and nation” by directing it against Israel, of all things—the state that like no other resuscitated this very monotheist triad after WW II.

A telling example of western metaphysical uprootedness comes from the United States. There we learn about the liberal microcosm of Starbucks and how easily a fragile identity carried on the lips can be transformed into mass hysteria. This is about the power of liberal conformism. National Review reports about the “blowing up” of harmless slips of tongue as if they were threatening the foundations of the Western commonwealth. This teaches us something about the dialectics of Protestant virtue signaling as a conformist mass performance—the new ritual of moral surrogacy that points to the spent soul of Puritanism and can flip to its opposite with the blink of an eye. The Puritans gave up Catholic rituals and the routine of “charitable deeds”, denounced by them as hypocritical. Ever since the Reformation they replaced the Catholic centripetal “deed” with centrifugal moral posturing, which eventually turned into anti-Semitism, lecturing, finger pointing and missionizing others.

Puritan elites are not leading by exemplary deeds but rather by verbal bullying known as democratic pontification. It emerged first from Germany after the Thirty-Years-War since the 300-plus fiefdoms lacked any central authority to direct the public. Until today Germans tend to lecture you about trivial codes of decency such as not crossing the street when a red light shows. This is because they never developed trust in a higher authority to handle these things as a result of the decentral Reformation. Lacking the “inner self” and serious religious commitment the eternal “protesters” are good at finger pointing which has been lately collectivized as Political Correctness. The flip side of this is chemical reductionism or the simplification of personal relations to mere attraction and rejection, which to my knowledge was first fully developed by Johann W. Goethe in his novel Elective Affinities. This story about two couples engaged in pagan sexual attraction is one of the first plots where women are swapped like molecules. Goethe rendered moral agency as a chemical allegory. In such relationships anything can happen to the complex inner person; for Christian morality has no say resulting in cognitive Manichean “black and white” choices.

The recent demonization of political leaders or heads of state by Western politicians, pushed by Western leaders Macron and May, reveals this alchemist reasoning too. No doubt the resort to alchemy originated in the pagan Renaissance. Machiavelli and his followers used it as a centrifugal panacea for wrecking still powerful medieval religious concepts.

It might well be that the Western mind does not understand itself, blindfolded as it remains by missionary romanticism and Protestant self-righteousness. For ever since the romantic 19th century its elites, elicited by Rousseau, succumbed to antediluvian “vegetable man.” The liberal war on religion is about destroying Adam II and any relations transcending the individual.

This is how it worked: it “spatialized” the difference of sin and sinner between “now” and “the world to come” or in terms of “netherworld and otherworld” following Luther’s famous theory of the “two realms”. 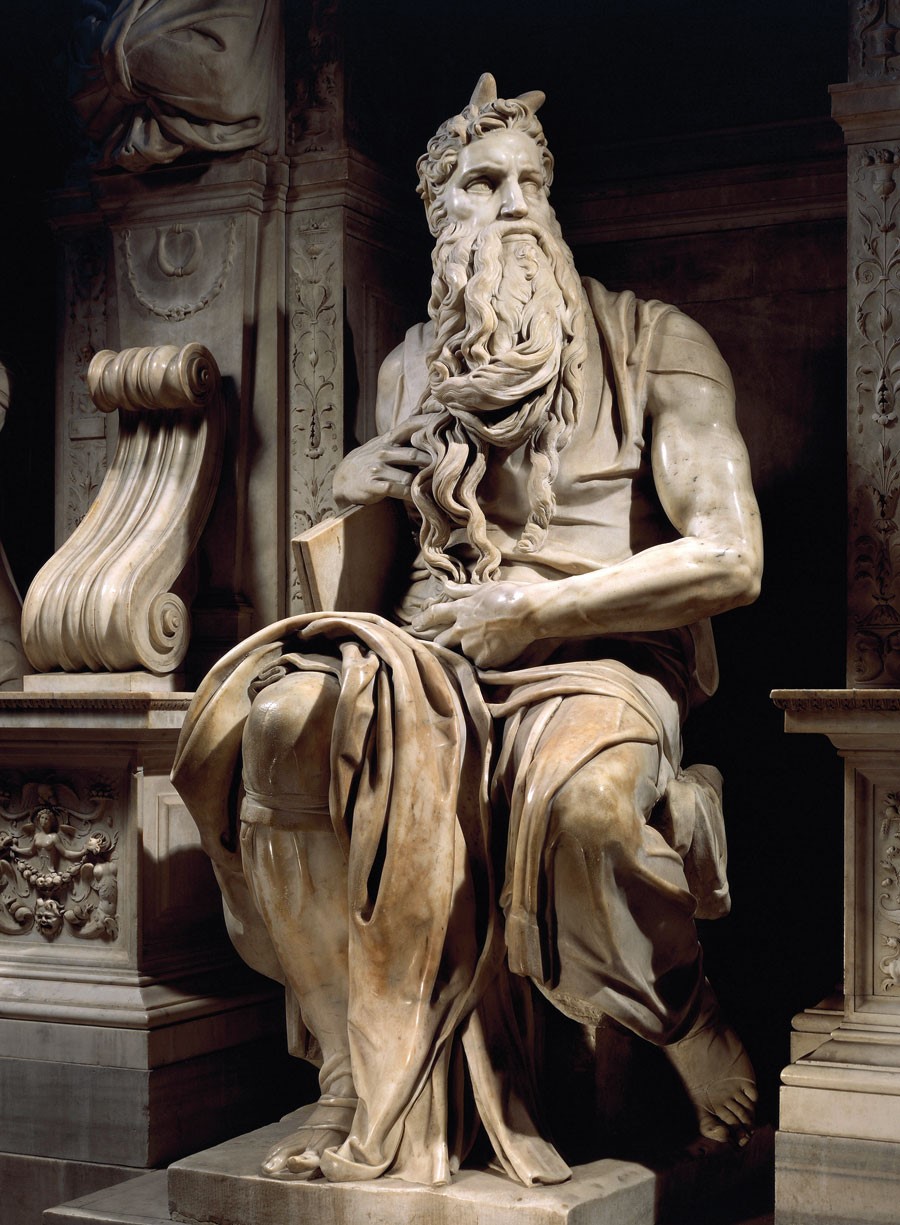 Again: the Hellenization of Protestantism resulted in a Greek division of the truth, substituting the internal (time bound and correctable) moral dualism between “good vs evil” with the external (spatial and uncorrectable) cognitive dualism of “appearance vs essence.” The latter allows no trust whatsoever for being tied to the Greek shame culture. This reflects also the dichotomy between Western fantasy and Eastern traditional memory or the rule of Adam I against Adam II. While Luther replaced the Jewish “oral Torah” with his dogmatic “Sola Scripture,” relying only on the written word he removed the only natural link between both worlds between Adam I and II which is the charitable deed. It is proof of one’s faith and grants that outer Adam I follows the directions of inner Adam II, which reflects the concept of religious self-determination and self-control. There is no better demonstration of this Western dilemma going, in fact, back to the Renaissance than the story of the sculpture of the “horned Moses” by Michelangelo. The horned Moses represents demonized Judaism. The projection of evil on the foremost Jewish prophet was meant as proof of Judaism’s failure thus justifying Christian succession.