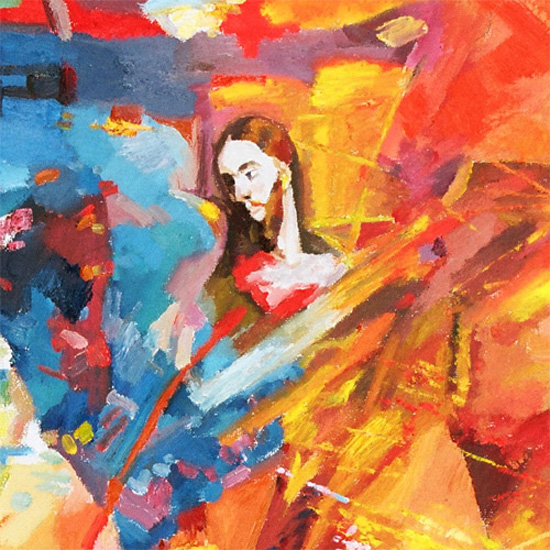 With the Easter holy period upon us at the beginning of this month (the Easter holiday for non-religious), I want to comment on a difficult Bible passage that has come true. But before doing so, I’d like to quote the late American TV personality, Steve Allen (1921-2000) on his unsophisticated interpretation of a much-misunderstood story from Genesis: Adam and Eve.

Besides his involvement in television, Steve Allen was multi-talented in other genres, including comedy, acting and music, but he’s best remembered by most Boomers for his appearances on Fifties/Sixties’ TV shows What’s My Line and The Steve Allen Show. As well as his media celebrity fame, Allen was also an atheist Humanist and he said this about God:

The proposition that the entire human race—consisting of enormous hordes of humanity—would be placed seriously in danger of a fiery eternity characterized by unspeakable torments purely because a man disobeyed a deity by eating a piece of fruit offered him by his wife is inherently incredible. (Kurtz, Paul (2000). “A Tribute to Steve Allen” The Secular Web.)

This naive concept of God and the ‘Garden’ story above is on a par with someone reading Psalm 23:4 and interpreting it as one feeling safe and having no fear after seeing pop singer Rod Stewart walking his Staffordshire bull terrier through California’s Death Valley (‘Yea, though I walk through the valley of the shadow of death, I will fear no evil: for thou art with me; thy rod and thy staff they comfort me’).

But back to Adam and Eve: The above Bible message is not about a naughty human being(s) eating fruit or a moral monster deity condemning him to a fiery hell for eternity. It is far more profound than that. The Bible uses the literary devise of metaphor and symbolism to convey the message that disobeying God is morally wrong and there are consequences to such a mortal sin.

In the case of Eden, Satan tempted humans to become their own God. And nowhere throughout human history to this day in 2021, does such a story exemplify certain powerful people, as well as ordinary folk, having a desire to become their own Ubermensch.

But the language in the Bible is where most people who don’t study Scripture go from being challenged to almost becoming theologically illiterate. For many atheists, the Garden of Eden is a soft target to mock Christianity, by saying it is literally about a naked man and woman, tempted by a talking snake, to eat a forbidden apple from a tree.

However, the majority of theologians have a more nuanced view of the poetic, figurative language in the Bible. Although they ultimately believe in the authenticity of the Genesis account, they also believe metaphor is used to communicate truth in the story, as well as symbolism: the ‘apple’ on the tree is a metaphor for omnipotence, something only God can possess; the serpent is a symbol of evil or metaphor for the devil (literally, there is no ‘talking snake’ written about in Genesis 3:1, despite what many ‘comedic’ TV atheist hosts say when mocking the Bible); Adam and Eve are primordial beings, but can also be understood as a metaphor for the first developed Man and Woman and their fall from grace.

When you think of it, the profound meaning and spiritual authenticity of this story is acted out every day in the world by some human beings trying to be their own god by resetting the world to their likeness.

Now to the difficult Bible passage which is an apt segway to the above. In Matthew 10:34-36, Jesus said something that appears to be quite shocking:

Ostensibly, this looks like the words of an unloving God. But when we examine it closely, the real interpretation looks a lot different. In the context of today’s worldly crisis, families, friends and work colleagues are being torn apart because of differences of opinion and the PC ideological curse of identity politics and cancel culture.

The American author, Sarah A. Hoyt, recently wrote on her blog (According to Hoyt): “The next American Civil War will be fought in a lot of places, in sudden flare ups and unexpected bursts of rage. But where most casualties will occur is in the home. America’s civil war will be fought many places, but mostly in living rooms: siblings against each other, parents against children, children against parents, husband against wife, wife against husband. If you live with a convinced leftist, how safe is your life, should the balloon go up?… Now it’s a war of ideology. A war of beliefs.”

To return to Matthew 10:34-36: The ‘sword’ that Jesus tells his disciples about is not literally a material blade; and when he says he did not come to bring peace, He meant His presence amongst some sinful humans would cause much friction and dissent. Jesus would rather it not be like this but because He has given us free will, most of us in our sinful natures will be tempted to rebel and do what makes us feel better. Jesus also warned us that we will be hated for His sake. Because those who reject Him hate Him, they will also hate those who follow him (John 15:18).

We’re all spiritually wounded with one foot stuck in Hell, struggling with the light and darkness of everyday life. But to avoid fighting amongst our family and friends, pause for a moment and endeavour to make peace by agreeing to disagree and avoid any subject that evokes bitter hostility or negative thoughts about the future. The Bible tells us: ‘Therefore do not worry about tomorrow, for tomorrow will worry about itself. Each day has enough trouble of its own’ (Matthew 6:34).

In the meantime, have a loving, peaceful, spiritual Easter!