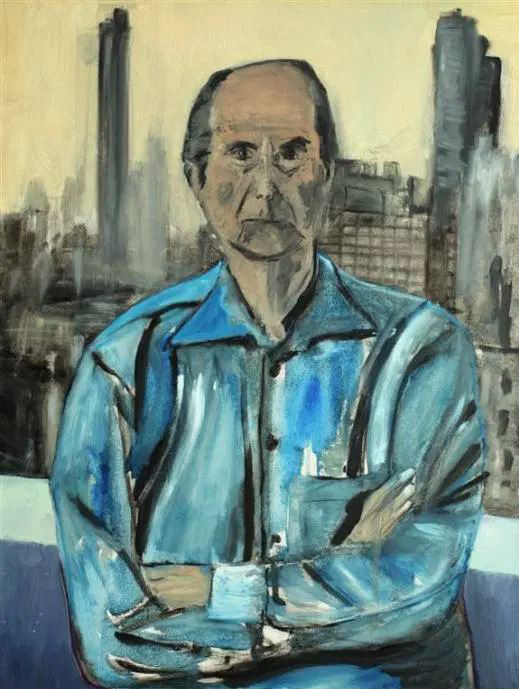 A novel is like a symphony: the exposition should be crisp and engaging, then if the themes are sufficiently fertile, the development can take its time.—Joscelyn Godwin[1]

1) The Ernst Lehman[2] principle. “Never tell the audience what it already knows.” Too many times one sees in a film or reads in a novel that a certain thing has happened. Then the character who has become aware of this development tells another character, who is unaware. But the watcher, or the reader, is, indeed, aware. This is not only redundant, but dead time, i.e., a pace-killer.

2) The rosé principle, or, the Christopher Sinclair-Stevenson[3] principle. A couple at a restaurant. “He ordered a rosé wine. ‘Why rosé?’ she asked.” The better way of putting it is: “He ordered a wine. ‘Why rosé?’ she asked.” Information must be withheld to the last second. It’s what can be called writing backwards, a faux pas for non-fiction writers, a must for novelists.

3) No coincidences. While coincidences—and indeed synchronicities, even for the not semiotically overcharged—do occur in life, when they do in a story, they reek of deus ex machina. The author is stuck, doesn’t know how to make the narrative progress, and surely a coincidence seems providential. But the reader is wary of coincidences. It’s as if the author took the easy—but often implausible—way out. Of course, should an author stick to this principle with absolute devotion, then occasionally he could break it, precisely because a coincidence is the last thing that a reader would expect from him or her.

4) In medias res. In his Ars Poetica Horace reminds us of how the ideal epic poet does not begin the Trojan War from the double egg, i.e., the earliest possible chronological point, but snatches the listener straight into the middle of things, in medias res. The advice is sound, provided that the author inserts—

5) Flashbacks. One of the most arbitrary story-telling techniques, yet one utilized from time immemorial. One must not exceed in the use of them, and must make sure that they satisfy the curiosity of the reader while at the same time propelling the narrative forward to unexpected places. In the closing scene/dénouement of the novel Tell No One, Harlan Coben uses to great effect the technique of partial flashback, a clever addition to the canon. The protagonist is hearing at gunpoint the final confession from an unexpected villain. The police are hearing along with him, as he is tapped. Suddenly the villain turns up the TV volume. Static noise intrudes in the policemen’s headphones, to which the author cuts. As the police try to come up with a countermove, normal hearing is resumed. The reader is led to forget that, in fact, he’s heard only a partial confession. Other things were revealed to the protagonist while the police were only hearing static noise. The protagonist now flashes back to that part of the conversation only, clearing up all remaining doubts.

6) Flash-forward, or prolepsis. This, in my opinion, is a story-killer. Stories that resort to it greatly annoy me. In crime fiction, for example, Dorothy L. Sayers in The Documents in the Case (1930) exposes the murderer early on in the narrative, the element of mystery being preserved in what seems to be a perfect alibi. Frances Iles in Before the Fact (1932) reveals who’s done it from the very beginning. R. Austin Freeman probably pioneered this in The Singing Bone of 1912. It might have worked in a few instances as a variation on the classic detective story, but in my view flash-forwards, apart from no longer being novelty items, are patent spoilers and should be avoided altogether. The flashback technique has not aged; the flash-forward has. The much subtler type of flash-forward, foreshadowing, can, on the other hand, be put to good use as long as it is done extremely light-handedly, while other hints should be dropped that lead nowhere.

7) Start a scene late, finish it early. Starting late pushes further the start-in-the-middle-of-things principle. The reader may have to do some guessing as the scene unfolds before his eyes. Then, just when he has caught up, the scene should end, abruptly, leaving him hanging. Of course this must not be done with astronomical recurrence, lest it become predictable. Also, some readers are slower on the uptake than others, so this technique can backfire.

8) Red herrings. Suspects are needed, however a red herring created ad hoc so as to set the reader on the wrong track often reeks just like a herring. A more daring approach can be attempted. The novel could start with a certain plot, and then another plot could be grafted onto it. This way, the suspects in the first plot don’t need to be red herrings; indeed, they can be criminals in their own right, except the story becomes entangled in much greater crimes in which these specific criminals have only peripheral relevance while maintaining their role as convincing suspects in the eyes of the reader.

9) Sufi-like story-telling. To exemplify I’ll describe, of all things, a commercial from a scratch lottery in New Zealand. Students are taking an exam. A professor is watching them. The clock is ticking. “Time, thank you,” he says. “Put down your pens and bring your papers to the front of the room.” All students do so but one. This one reaches the desk rather late. The professor says: “I’m sorry, too late.” The student is dumbfounded. “I gave you plenty of warnings about time,” resumes the professor, “you failed. Sorry.” “Excuse me,” says the student, “do you know who I am?” The professor, scornfully: “I have absolutely no idea.” “Good,” says the student as he places his (undistinguishable) paper in the middle of the stack, leaves, turns back and winks. This takes the watcher or reader by surprise. But it’s more than a surprise; it’s mind-bending. One feels that logic is being violated, or rather the laws of linear thinking. Being totally unknown, as it turns out, is very desirable. In fact, thanks to his anonymity, the student still manages to hand in his exam. The Sufis adopted this sort of story-telling technique to convey thoughts that would otherwise be difficult to comprehend. A successful joke often works in the same fashion.

10) Mind-bending and time-warping. I often tell this story for experimental purposes and unfailingly observe the same reaction in the listener. Our cat found us, and we took her in. She was very small, and initially preferred to live mostly outdoors. My wife worried that soon she would start producing litter after litter. So I reluctantly took her to the veterinary for her to be neutered. Then I went home and prayed fervently for the operation to go well. After some time the phone rang. “There’s been a slight glitch,” said the veterinary. “Yes?” I said, trepid. “We put her to sleep and when we shaved her, we noticed the scar where we were going to operate. Your cat has already been neutered. She’ll wake up in a while and be just fine.” So, what was I to think? That my praying had had a retroactive effect? But how could that be? Or had the cat chosen us in answer to the prayers I hadn’t yet said but I would one day say for her? This kind of mind-bending and time-warping technique can be confusing, so it must be used sparingly, if at all. At the same time, it certainly adds a certain je ne sais quois that makes the narrative leave the mundane, linear, Euclidean, and trespass into something not quite so familiar.

Character-driven vs. plot-driven. The dichotomy need not exist. Complex, nuanced, ambiguous characters can and should coexist with a multilayered, fully orchestrated, fast-paced, suspenseful plot. One way of killing this satisfying but hard-to-reach balance is to use a ponderous prose. Economical yet elegant writing is necessary, most of all if the novel has an esoteric foundation and resorts to principles 9 and/or 10. The more “fantastical” the story, the better served is it by economical prose.

The narrator is the murderer: Agatha Christie’s The Murder of Roger Ackroyd.

I agree only with Monsignor Knox’s seventh rule of his Decalogue: “The detective must not himself commit the crime.”

Avoid pat endings and leave some loose ends. Dénouements are no longer as powerful as they used to be because readers have been made to expect just about anything. Getting there is more than half the fun. Indeed, a successful novel is the whole journey, not its final destination. Moreover, the “untying” need not be only at the end of the story; it can be done all along. Things will get tangled again; chaos is a law of nature.

[1] Joscelyn Godwin is an eminent expert on scholarly western esoterica, a composer, musicologist, linguist and translator; I have co-authored two novels with him: The Forbidden Book and Forbidden Fruits.

[2] Ernst Lehman, Hitchcock’s favorite screenwriter, nominated six times for Academy Awards for his screenplays. I took a few of his classes while studying cinema production at USC.

[3] British author, publisher, legendary editor and now literary agent, an old friend and mentor of mine.