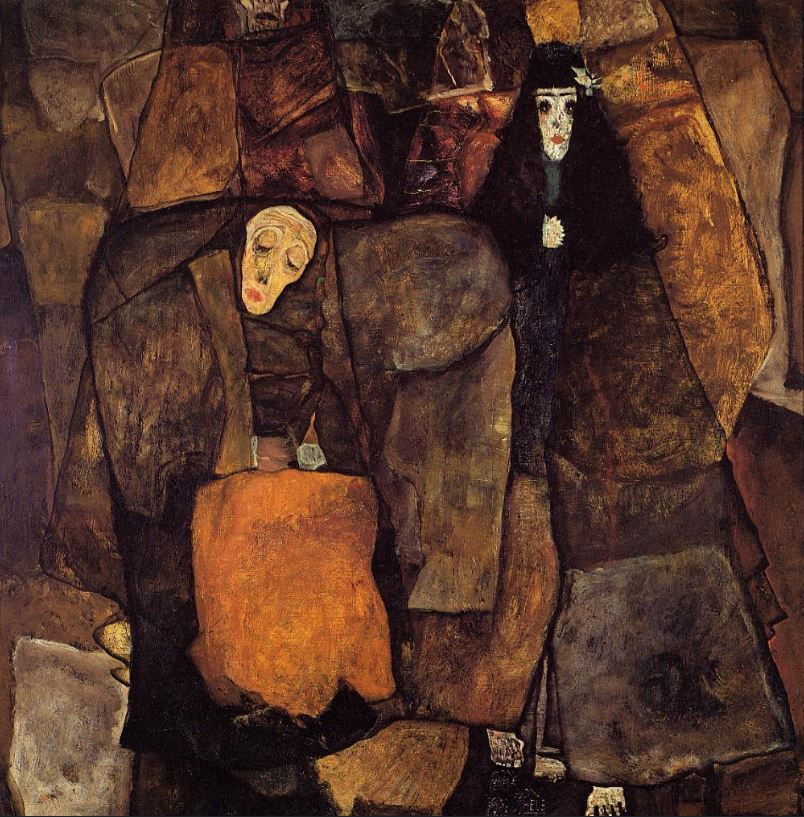 On paper my father died of Covid-19 on April 22, 2020. In reality, my father had a number of serious ailments at the time of his death, any number of which could have killed him. If he had not been infected with novel coronavirus, he probably would have died within six months in any case. He had been in the hospital three times in the six months prior to his death, each time with urinary tract infections. Each time the hospital performed the excruciating process of flushing his blood, leaving my father weak and disoriented.

While in the hospital, an x-ray of his back revealed a hairline fracture from a fall the previous year. Our family suspected that Lewy Body dementia affected his muscle coordination, and he complained that he had no feeling in his feet, which affected his ability to walk straight. His vision in one eye was almost completely gone, and he had blood clotting that required him to take blood thinner that depleted his energy.

The dramatic world changes in the last year of his life due to the pandemic in some ways mirrored the stunning shifts of his early life when at the age of 8 he was witness to the Nazi Anschluss in Vienna, Austria in 1938. My father recalled in his memoirs the day that Hitler’s cavalcade came into Vienna:

One could hear the roar of Heils long before the motorcade passed by. Hitler stood in the car with a weak outstretched right hand and his left hand gripped on his uniform belt. He looked suitably distant, glum and arrogant, no smile or other movement. Everyone around me and below me was screaming “Heil,” and I was terribly embarrassed because my screams didn’t come out at all or come out loud enough to be heard.

When the motorcade was gone, there was general conversation about the godlike nature of the apparition that had just passed. I don’t recall exactly what was said, but it all seemed rather hysterical, and even more embarrassing to me. As I was trying to become a good and grown-up Nazi myself, I believe my embarrassment was not because of any genuine disapproval but mainly due to the fact that I could not understand or sincerely share the emotions of these moments.

Looking back on 2020, when the doors were shut to the nursing and rehab center, my father was shut away from us. My mother had the traumatic experience of being forcibly separated from him without warning. He was taken by an ambulance to a nursing and rehab center that ostensibly would teach him to walk him again but that, we learned later, simply doped him up with medications. She was with him at the hospital and agreed to follow behind him in their car, but when the ambulance arrived at the rehab center, she was told she could not enter the rehab center. None of us would be let in to see my father. We could not reach him by phone even because after multiple transfers, we would get infinite ringing, but no one would pick up the phone.

When reading his memoirs after his death, the loneliness of these early life experiences struck me in a poignant way. This, together with the loneliness of his last week on Earth, profoundly stirs my heart. His dementia made us unsure whether he could understand that we had not intentionally abandoned him.

Things changed very quickly in April 2020. There were virtually no protocols for safety and then suddenly even transmitting a cell phone to a loved one in a nursing home was a matter of maximum health security. The rehab center continued to use the old greeting from pre-Covid days, “It’s a wonderful day at Glenn Memorial Rehab.[*]” As my sister, mom and I continued to call, the novelty of that upbeat greeting wore out. What was happening on the other end of the line?

One time my father picked up the cell phone we had gotten for him, and we had an actual conversation. I tried to explain that they won’t let us see him, and he seemed to understand there was some kind of health emergency.

What upsets me about his time in the rehab center was that his many important memories were unknown to everyone else in the center. They called him “Mr. Hoffman” or “Mr. Hoss.” When I asked to speak to him, no one said, “Sure, Jerry’s right here.” No one spoke the language of his childhood there, and there was no time to learn it.

In our last Zoom call with Jerry, he was reaching towards the computer screen, and although I couldn’t understand his words, I could tell he was trying to touch us. Despite his dementia, he remembered all of us, and he was trying to reach my mom, my sister, me and my daughter Juliane. After his death I was given a folder with his memoirs of his boyhood in Austria in the 30s and 40s. There was as well a copy of an email to my half-brother Michael that expressed his worries regarding his early childhood years:

Since these [stories] deal with some (not necessarily all) of the more embarrassing aspects of my history, I am wondering if I am just unburdening myself for my own benefit. The question is: Am I perhaps causing more embarrassment to you and the family than is already there and is really necessary? Would everybody be better off if I just forgot the whole thing? Censor out some stuff, add more, leave all of it in? I haven’t shown these to anyone. I would be grateful for your advice.

This email also stirs my heart. What a burden my father’s memories were for him. He had not chosen to be born in 1930s Austria, and after the Anschluss, other choices would have to be made as a result of those circumstances of birth. I am not ashamed of my father’s stories; I am proud that he had the courage to tell the truth. I still believe a family is a repository of memory, and that is very important in today’s times when the present changes from day to day. Today there is great control over what kinds of stories are allowed to be told. 20/20 vision represents perfect vision, but now looking back on 2020, it is important that families tell their stories to one another and especially to their children, so that families pass on their unique family history, and their children learn that every generation has its tests and its struggles.

[*] Glenn Memorial Rehab is not the real name of my father’s rehab center.