An Old Watch Tells of Times Past 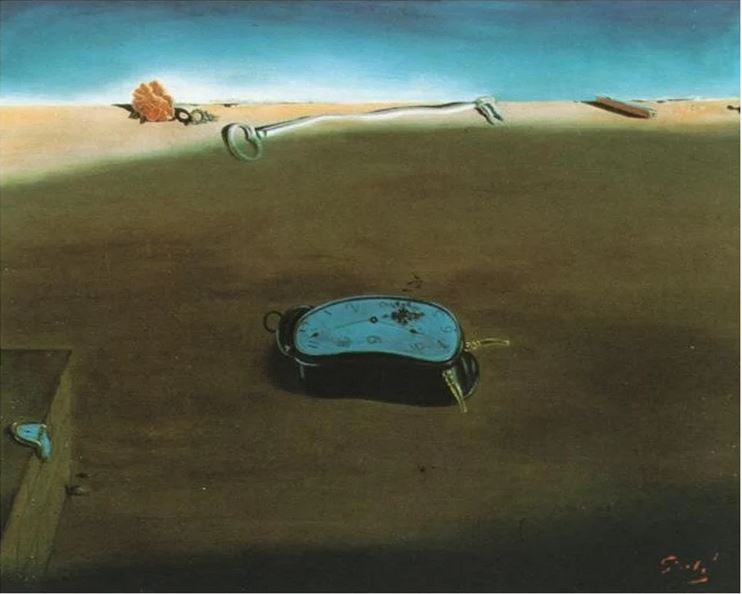 One morning I was in the bedroom getting myself ready to start the day as usual and someone, or I should say something, was watching me from the double dresser, or so it seemed—my father’s wristwatch. It lay there on the top of the dresser stern but mute. There were a few other items on my side of the drawers along with the watch, but it always catches my eye more than the others. Now it was looking back at me.

My father had gotten two watches as gifts from the textile factory he’d worked at: one for fifteen years of service and another one for twenty-five years. After my father’s funeral my uncle, who was my father’s younger brother and best friend, had them cleaned and serviced and then gave one to me and one to my half brother. I appreciated the paternal gesture during a disastrous time in my young life. I was a favorite of my uncle, who had six kids of his own and many nephews and nieces but, unlike my parents, paid a good amount of attention to me when I was a kid. He was a raconteur, just like his big brother, who was half a foot shorter. They were like a comedy team: there’s a great photo of them on my parents’ wedding day where my father and uncle, the best man, are leaning against each other shoulder to shoulder and each with his outer leg off the sidewalk in the air, holding each other up.

The watch my uncle gave to me was from the late fifties and made by Cyma, a Swiss company that has been around since the Civil War, almost as long as wristwatches themselves. It has a stainless steel case but 10-karat gold outer trim and gold numbers outlined in black; gold hour and minute hands and a red second hand, with precise black notches for intervals of five minutes, a second, and even a fifth of a second; and a black leather band, which I changed out because my wrist is small. I must say the workmanship is impressive. It has an understated elegance that seems  long gone. I appreciate the aesthetics and mechanics of watches, especially before they were run by batteries. When I was a reporter for a daily newspaper I wrote a feature story about a watch repairman in Schenectady, which was a bit of a novelty even in the midnineties.

Yet I have no desire to wear my father’s watch again.

I have always hated wearing a watch, even though I’ve worn one sporadically since I was in grade school until about twenty years ago. It always felt uncomfortable on my wrist, more irritating than oppressive, like a voluntary handcuff that was light but insistent. Besides a few occasions that may have slipped my mind, I strapped on the Swiss watch to give the eulogies at my family’s funerals—my mother’s in 2014, my half brother’s in 2016, and my little brother’s in 2018. But I kept forgetting to wind it every few hours and it stopped in protest.

The watch originally came in a small black rectangular shallow box with a lid, which I discarded some time ago. Now I wished I’d kept the little cardboard coffin. It kept the watch buried from sight. The truth is that I don’t want it around anymore. But scrapping it seems wrong somehow, and part of me doesn’t feel like selling it. A jeweler told me it wasn’t worth much, but I’ve seen some similar to it from the same time period on eBay that go for a couple of hundred bucks.

I used to dutifully wear a watch, of course, when it was a necessary part of an adult’s accoutrements. Like the White Rabbit, you couldn’t afford to be late, though he always was (his was a pocket watch, a quite different animal, I think, from its wrist-bound descendant). For those who believe that time is merely money (that old untruism), the watch was like a relentless bean counter, always in their face with its unforgiving glare.

Now we all have a so-called smartphone we carry with us everywhere, which serves as a sophisticated pocket watch, alarm clock, stopwatch, and calendar all in one, among other things. Paradoxically its other amenities also keep many from making good use of their time.

But I see that wristwatches not only still survive but are holding their own and then some. One analysis showed that in 2020 the U.S. watch market was a $14 billion industry, though almost half came from the sale of smartwatches. According to the figures, the old Rolex is still the gold standard of ostentatious chic. A few years ago the fourth ex-wife of Pink Floyd’s Roger Waters  almost sacrificed a carefully crafted divorce settlement because of her $35,000 prized Rolex. She desperately wanted it back, judging from her not-so-tender greeting to her rock star husband in court. It was a strange but somehow fitting scene for the man who wrote the lyrics for the hit anti-establishment songs “Time” and “Money.”

I should mention that I’m not much of a jewelry guy. I’ve worn a thin plain 14-karat gold wedding ring for the past three and a half decades, and a few years ago I received as a gift a pair of 14-karat gold cuff links. I’ve worn the cuff links to family funerals, but I’ve also worn them to anniversary dinners and Christmas parties. The watch stayed home on the dresser for the dinners and the parties.

But my father’s Swiss watch that I received seems more than just a watch. I see him partly in it, though I don’t ever recall seeing him wear it, he wore a simple gold-colored metal basic watch like a Timex with a flexible metal band. Or at the least I see in it the era, now quaintly referred to as “midcentury,” that was the prime of his life. It’s not quite Proust savoring the crumbs of his madeleine and spoonful of tea that open the floodgates of effluvium about the protean nature of time, but still the watch carries a symbolic, almost magical quality for me. But it also seems melancholy, right down to its dull-white face. It was one of the first things I saw every morning at around 6:00 a.m., which is about the time I was bounding down the stairs forty years ago this June after I heard a thud and my mother’s yell woke me up, literally and figuratively, from a deep drunken sleep of two hours. I rushed into the bedroom—he didn’t sleep in the master bedroom with my mother, supposedly because of his snoring—and there he was, face up on the wood floor, in only his underwear, above which rose his pot belly, and surrounded by a puddle of urine, which I knelt in to give him mouth to mouth. He lived for a short ambulance ride to the hospital, if that.

He was fifty-six and had no will. I was twenty-one. I’d just graduated from college and had no job. My mother didn’t know how to drive and hadn’t worked since before I was born. My little brother had Down syndrome and couldn’t walk because he was born with a permanently dislocated hip. Looking back on it, I felt like a junior Job.

The watch also reminds me of the textile mill where my father started working at age sixteen, and except for a two-year break on a grand tour through the Ardennes, France, and Germany in his olive-green government issue, stayed there till the day he died four decades later.

The mill is one of the kind that litter small town America like an oversized time capsule or perhaps a memory tomb where whole lives and destinies (if you can call something that grand) played out. Sometimes they’re converted into retail shops and art studios and such. My father’s old workplace hasn’t been, though I heard some other company now owns it. The building is rectangular and made of old dark brown stone that used to have ivy on it, like some mockery of higher education. My father dropped out of high school during the tail end of the Depression to help with his father’s wood fuel and oil distributing business. He was pretty smart, though, a great salesman, and enterprising. He was a talented woodworker and refurbished two houses on our street into apartment buildings long before that kind of thing became popular.

My father worked the swing shift, and after I got my driver’s license I used to snag a ride to the mill after school to get the keys to the family car. The machines with the big rollers of white lace were whirring in a deafening roar and I’d head to his small soundproof office where, as shift supervisor, he sometimes was, and if he wasn’t there I’d get the attention of one of the machine workers and he or she would lead me to him. Then I’d take the car and pick him up when he got off at eleven.

That’s what I did the last night of his life, dropped him off home and went out partying. Often he’d go out after work himself, but he was already slowing down after leg bypass surgery, a complication of diabetes. I don’t remember our last words, which is just as well.

I’ve wondered recently if one of the occasional women—one was youngish, in her late twenties, in my memory—who helped flag my father down when I came to pick up the keys was the one who bore him a daughter ten years before he died. He was her boss and nearly twice her age. I was in junior high at the time. Of course I never knew this conjugal neutron bomb had dropped on us until a few years ago, thanks to a cousin who submitted his DNA to ancestry.com. My uncle worked at the same mill and must’ve known about it. I wonder who else knew.

So this watch he gave me all those years ago not only tells the time, it tells a fragmented family history, as all histories must necessarily be, or perhaps a family reverie. There were good times too, but the watch has nothing to do with that. It seems to echo Solomon—“To every thing there is a season, and a time to every purpose under the heaven: a time to be born, and a time to die,” and “but time and chance happeneth to them all.”

For now I’ve moved the watch off the double dresser, which was also my parents’, part of a midcentury-style bedroom set they bought when they moved into the house my father built with his own two hands. I think it’s time for the watch to move on.

Jeff Plude is a Contributing Editor to New English Review. He was a daily newspaper reporter and editor for the better part of a decade before he became a freelance writer. He has an MA in English literature from the University of Virginia. An evangelical Christian, he also writes fiction and is a freelance editor of novels and nonfiction books.