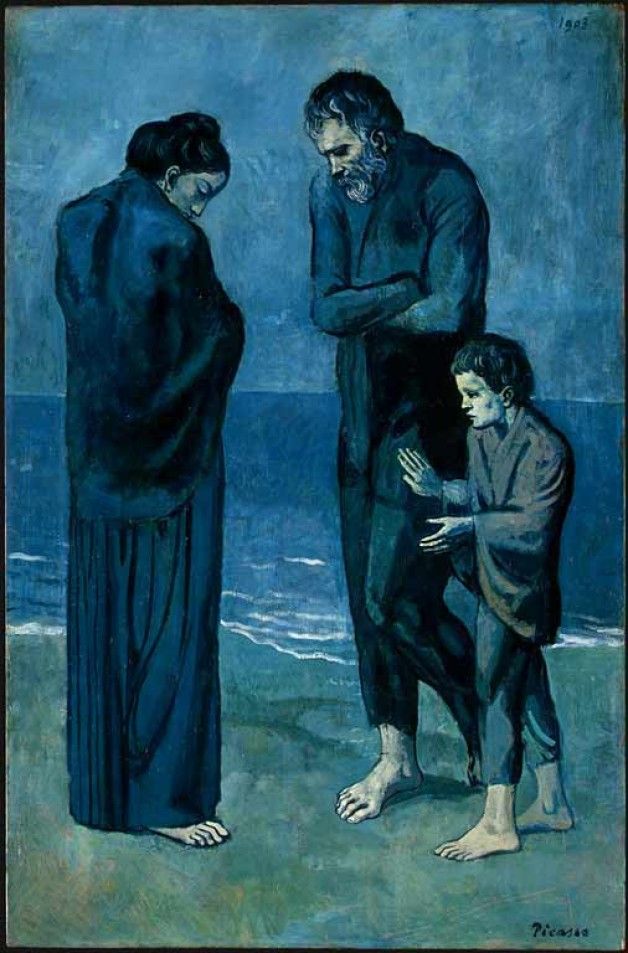 Laurel and Hardy’s famous catchphrase, “Well, here’s another nice mess you’ve gotten me into,” reverberates backwards and forwards in time. A nice mess is what we have and seemingly what we have always had, and perhaps always will have. In the context of the comedic duo’s slapstick deeds, the nice messes are often hysterically funny. For example, in Big Business, a deservedly famous silent short shot before the catchphrase became common currency, Laurel and Hardy vie with the house owner, played by a squinting James Finlayson, to wreak damage on each other’s property. This is all good fun for the audience. But such a mess is a visible metaphor for the chaos inflicted on unsuspecting citizens throughout history; the catchphrase “another nice mess” can be aimed derisively at all those whose bright ideas have brought real ruination and misery to the targets of their almost unfathomable stupidity and malevolence.

The schemes of intellectuals have often, even commonly, produced poor results; true messes to be precise. These are sometimes the unexpected consequences of pursuing policies or strategies which were believed, through the prism of the sentimental beliefs of their purveyors, to beget improvements in the lives of the living and in those of the yet unborn.

Written history from earliest times allows us to see the reoccurrence of poorly thought-through actions leading to tragedy on an enhanced scale. Such messes are not usually the occasion for hilarity. They can be contemplated as lessons about humanity’s seemingly willful obliviousness to the results of poor planning, backed up by presumptuous reasoning.

Military schemes, in particular, provide a wide canvas of failed expeditions, from Operation Market Garden to Hitler’s (or Napoleon’s) invasion of Russia. The Obama/Clinton operation to unseat the last Libyan dictator, easily and predictably produced a very untidy situation in that unfortunate North African country and beyond. The Sicilian Expedition of the Athenian state provides just such a lesson from two and a half millennia ago. Thucydides famously and laconically sums up the outcome thus:

. . . they were utterly and entirely defeated; their sufferings were on an enormous scale; their losses were, as they say, total; army, navy, everything was destroyed, and, out of many, only few returned. So ended the events in Sicily (translation by Rex Warner).

Even children participate in creating disorder on a considerable scale. Youngsters are thrust forward or manipulated by their elders in a cynical attempt to elicit sympathy and astonishment. Now, according to neuroscientists the frontal lobes of homo sapiens aren’t fully developed until the middle of the third decade. Therefore, “legal adults” are allowed to make adult decisions, without fully mature brains. It’s no wonder that Leftists in western nations want to lower the voting age even further. A more rational, and by now unattainable goal, would be to raise the voting age.

As an example of the kind of mess promulgated by a child, take the case of Nongqawuse. This young lady was a 15 year old orphan of the Xhosa tribe, in what is now the Eastern Cape of South Africa. She persuaded her tribal elders that the best way to rid the land of the British settlers was to destroy the Xhosa’s own crops and cattle, the main source of wealth of these indigenous people. Between the years 1856 and 1858 the estimated number of cattle slaughtered was up to 400,000. The crops fared badly too. Widespread famine ensued. Evidently, destroying one’s own agricultural wealth leads to deprivation and misery. That was certainly a nice mess. Let’s destroy our entire livelihood to prove a point and hope it works out well. The parallels between such self-destructive behavior and the modern children’s crusades against the use of fossil fuels are instructive and alarming. Naturally, these campaigns are cynically manipulated by adults whose prefrontal cortices should have matured (yes, I know, I know).

The Lysenko “mess” is another and better-known failure of rational thought in the service of political ideology. Trofim Lysenko, the Soviet plant breeder, claimed that he could eradicate starvation by modifying seeds prior to their cultivation. As director of the Institute of Genetics of the Soviet Union, his views became orthodoxy throughout the scientific and educational “arrangements” of the unfortunate inhabitants of that sprawling, squalid empire. These views were, of course, forcibly instilled, since this expert had the ear of the leader whose “fingers are fat as grubs/and the words, final as lead weights, fall from his lips,” as Osip Mandelstam courageously wrote. The word “forcibly” in this context means that anyone who opposed Lysenko’s peculiar and madcap ideas was shot, imprisoned or sent to a lingering death in a Siberian labor camp. Lysenkoism contributed mightily to the death and misery of Soviet citizens. Richard Dawkins in The Blind Watchmaker penned a well targeted, but surely unwitting smidgen of inconsistent thought stemming from his own inflexible ideological commitment when he asserted:

His (Lysenko’s) ignorant views on genetics became the only ones allowed to be taught in Soviet schools for a generation. Incalculable damage was done to Soviet agriculture. Many distinguished Soviet geneticists were banished, exiled or imprisoned.

I say “inconsistent” since Dawkins’s credal convictions with regard to Darwinism or its neo varieties are the only ones allowed to be taught or considered in most schools and institutes of higher learning, weighed down as these places are with the ostracon of intolerance. As a paleontologist from China (which nation under the wise leadership of Mao Zedong very successfully competed with the Soviets in largescale-messy ventures) has remarked, “In China you cannot criticize the government, but you can criticize Darwin. In the United States, you can criticize the government, but you cannot criticize Darwin.” Those who challenge this theory are banished somewhere to the black hole east of Erewhon.

In the West, actual physical exile and execution have not (yet) been enforced on those holding any of a wide range of deplorable ideas. But so-called deplatforming and even physical attacks on wrong speech and even wrong thought are now a commonplace throughout the curious world of tertiary-level initiation. The Silicon Valley masters, those whose fingers are, like those of the Man of Steel, “as fat as grubs,” are implementing this assault through their very own leaden weights of control.

The recent imprisonment and cruel maltreatment of, for example, Tommy Robinson, for holding incorrect ideas is an alarming reminder that elites anywhere are capable of extreme spitefulness when they feel threatened. The sadistic treatment of 70-year-old Paul Manafort, who has recently been placed in solitary confinement in the notorious Rikers Island complex by a New York City District Attorney, is clear evidence, as though more were needed, of the wisdom of the authors of the Second Amendment of the Bill of Rights.

But what of a more contemporary attempt to destroy our wealth? The public is regularly assailed with a confection of anti-science silliness known to some as Anthropogenic Global Warming (AGW). This marvel of human inventiveness has an unwitting, yet emblematic, counterpart in the “Kentucky meat shower,” which occurred in 1876. The aptly named Bath County, Kentucky, was host to a literal downpour of meat. Many attempts were made to explain the marvel. The mystery was perhaps solved when a persistent investigator determined that the phenomenon was caused by “synchronized turkey-vulture projectile-vomiting.” This event, in all its nausea-provoking essence appears as an apt metaphor of how we are favored by our own widespread media vultures. They pick sinews, cartilage, blood, gristle, etc., and happily regurgitate those pieces over an unprotected, publicly-schooled (and, yes, privately too) populace, mesmerized within a thick cloud of unknowing.

But what sounds do these creatures make? The Cornell Lab of Ornithology describes their utterances this way:

Most of their vocalizations come down to a form of low, guttural hiss made when they are irritated or vying for a better spot on a carcass. They also may give a low, nasal whine while in flight.

This sounds like a rather precise description of the recent Presidential Primary Debates of the soi-disant Democratic Party. They hiss and whine vying for a better spot on the carcass.

Meat showers had happened before. Titus Livy, writing in the age of Emperor Augustus, described some ominous signs that occurred in mid-5th BCE republican Rome.

a cow talked—there was a rumor that a cow had talked the previous year, but nobody believed it: this year they did. Nor was this all: it rained lumps of meat. Thousands of birds (we are told) seized and devoured the pieces in mid-air, while what fell to the ground lay     scattered about for several days without going putrid (translation by Aubrey de Sélincourt).

History does not record what either of the cows said. And truly, most of us have never heard a cow talk; but if such a remarkable event were to manifest, I hazard a guess that it would sound not unlike some drive-by commentator regurgitating the chewed sinews of leftist talking points.

“Mooooo . . . mmorange man mbad . . . moo.” Yes, Trump Derangement Syndrome has been with us for millennia. The cow alliterates (here it stands, it can do no other); the left reiterates.

The parallels between the methods the AGM celebrants and the above- described Lysenkoism have been emphasized by Paul Rieter of the Pasteur Institute.

Lysenko showed how a forcibly instilled illusion, repeated over and over at meetings and in the media, takes on an existence of its own in people’s minds, despite all realities. (Quoted by Melanie Phillips in The World Turned Upside Down)

And just as with the Soviet agricultural “experiment,” many useful idiots throughout the West have succumbed to this climate indoctrination, despite all realities. The Turkey Vultures of our own organs of information shower us daily with regurgitated gristle made palatable for some by custom and upbringing. The AGW believers are now gathering their forces in an attempt to unravel Western economies, by promoting something called the Green New Deal, a fallacy of logic and Olympian mental gymnastics breathtaking in its effrontery.

The extent to which the mess thus generated is intentional or accidental is a kind of Gordian knot of strands hidden and apparent. Elements of both overlap in a dizzying confusion. Clearly though, lefterati want to tear down the edifice, to break the eggs as it were, and to remake it into a utopian shambles after which only they exercise power. This intentional strand is not accidental. It has been disseminated openly at least since the frontal lobes of Karl Marx, howling gigantic curses at mankind (as he describes himself performing), were as yet unformed.

This is true also of a perhaps more pressing mess endorsed by the Brahmins of gated communities: the importation into Europe and elsewhere in the West of large numbers of people from what can charitably be called “pre-enlightenment” cultures. Those encouraging and even organizing this invasion have as their objective population replenishment and the bolstering of their own self esteem, while handily adjusting wages downwards. They find ready allies in the masses of virtue-signaling dupes. This especially “nice mess” has already been created. Sometimes, we seem to be at the point in the movie in which the plot can slide inexorably into another nice mess, the turkey vultures hissing and whining.