Apropos of Something: Another Look at Woody Allen 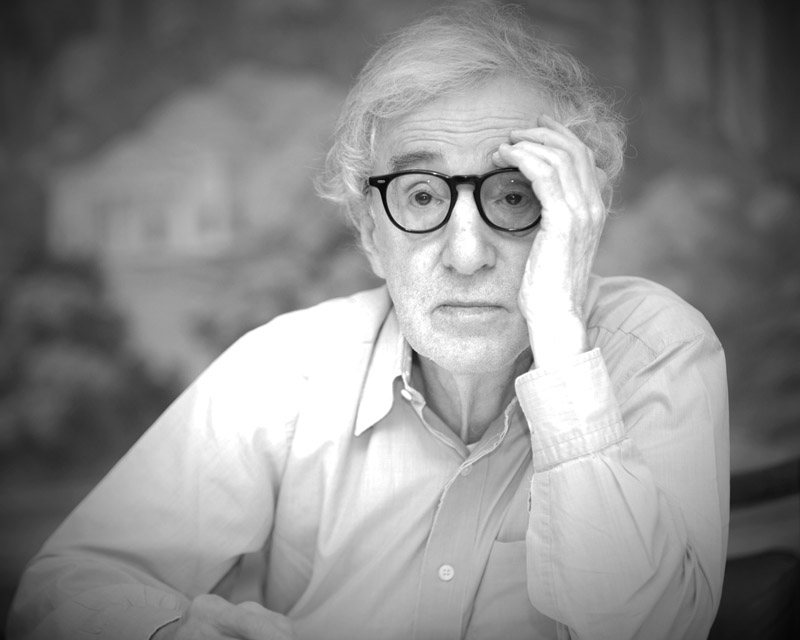 Full disclosure: when I heard Hatchette publishers had abruptly dropped Woody Allen’s new memoir, Apropos of Nothing, I begged like a dog to try to get it for NER Press—a small, cute dog to be sure, but yes, I begged. I love Woody Allen’s work. I grew up with him and never missed his newest releases from Annie Hall to this day. I remember once when my date “lost” the tickets to Manhattan, or so he said. I insisted that he buy them again and stood with him in line to be sure he did. I couldn’t have cared less about the date—it was the movie I was interested in.

I’ve seen all Allen’s movies. I laughed and cried, was moved to emotion or to thought, time after time, movie after movie. I’ve read his earlier books too. All hilarious. In fact, I feel like I know Woody Allen the way I know many artists—by and through his work. And as it turns out, according to his memoir, Allen’s work is a good guide to his life. Radio Days—that beautiful valentine to those years before television—turns out to be a good reflection of his childhood. Interiors (one of my favorites) was about Louise Lasser’s family and Hannah and Her Sisters, loosely about Diane Keaton and her sisters. Many of the circumstances described in Allen’s memoir caused me to flash to one of his movies’ scenes in my mind. 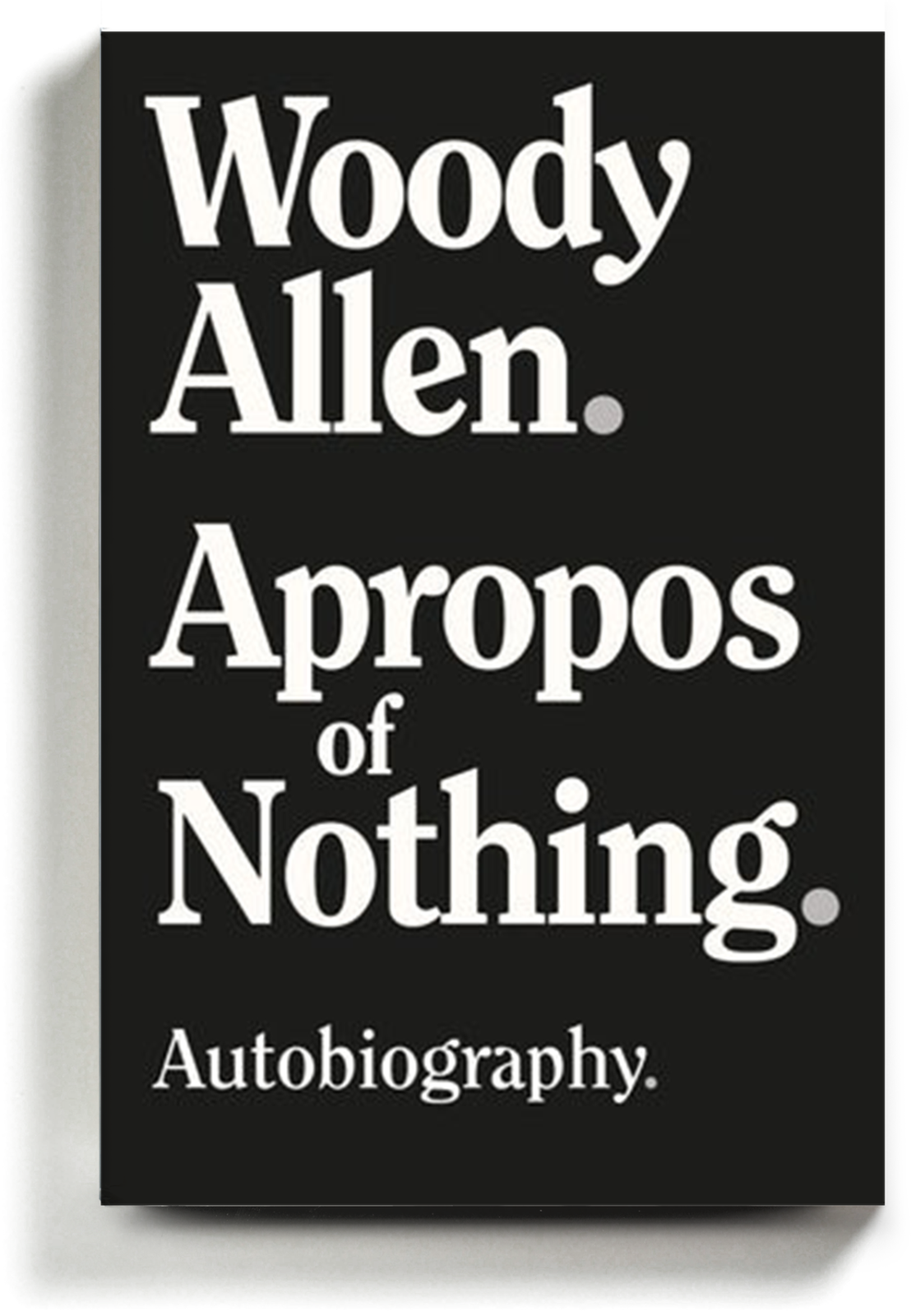 Allen protects himself by never reading reviews or anything else written about him. That’s smart, especially now when the knives are out once again. Throughout all the stürm und drang surrounding his life, first with Lasser and later with Farrow, Allen kept his head down and worked—churning out movie after movie—some great, some good and some not so good. Like Byron, he is guilty of writing (and directing) too much. But by God, he created some fantastic gems and there are many small gems in his less-than-stellar productions.

Allen has created more great roles for women than any other American filmmaker, bar none. He is one of the few writers who can write well for women. It’s a rare talent and should be applauded. Forgive them, Father, for they know not what they do, these #MeToo fashionable feminists.

I loved reading about his early years—the golden age of comedy. Allen is a direct link to that classic era of movies and comedy when, I don’t know if you remember this, but comics were actually funny. He worshiped Bob Hope, which is easy to spot in his early films. Allen early developed a film persona similar to Hope’s (boy pines for girl while doing sight gags). While a young boy still in high school, Allen worked writing one-liners and bon mots for public relations firms to put in the mouths of celebrities (Heard at the Copa) and writing for comics looking for fresh material. By the age of seventeen, he was making more money than his father made. And he could do this because he is funny! Woody Allen is a naturally funny person, who developed his gift to the fullest. To do that takes guts, determination and being impervious to both criticism and to praise.

Read more in New English Review:
• Tom Wolfe and the Ascent of Mass Man
• For Tomorrow We Die
• Do Dogs go to Heaven?
• On the Beach, On the Balcony

The politically correct, censorious, puritanical scolds have almost completely killed comedy. Now left-wing book reviewers are piling on to try to kill Allen’s book, falling all over themselves to denounce him. It’s a disgusting spectacle. I don’t believe a word of the (single) allegation against him. And if Ronan Farrow is Woody Allen’s biological son, I will eat my hat.

The book suffers from so much space being given over to refuting Mia Farrow’s crazy allegation, but one can hardly blame him. Allen was fully investigated twice by all the relevant authorities and he was completely cleared. Then he was investigated again when he and Soon-Yi adopted two girls. Those girls are now in college. All of this was a long time ago and he has been happily married these last 22 years. Allen clearly loves Soon-Yi and admires her strong will. She ran away from home and lived on the streets of Seoul at the age of 5. She clearly has a sharp, incisive intellect, though Mia Farrow thought her slow.

Yet, once again the allegation of child molestation was dredged up by Allen’s estranged, some might say brainwashed children, Ronan and Dylan Farrow during the #MeToo hoopla (begun by Ronan Farrow’s Weinstein reporting), with both children demanding his head. It worked. Amazon breached its contract and Allen’s latest movie, A Rainy Day in New York cannot be seen in the United States. Then his original publisher dropped him due to Ronan’s insistence, even though as Allen pointed out, they were well aware of his status as a “toxic pariah and menace to society” before they signed on the dotted line. And now the left-wing mob wants to kill his memoir, which can be purchased here.

That said, Apropos of Nothing could have used some gentle editing. I like the conversational tone and follow happily down the many digressional, stream of consciousness paths, but this work could have been better presented. Still, Allen’s wit shines on every page. He is generous to everyone he has ever worked with including Mia Farrow, and to be fair, she did give some good performances, but honestly, without Allen her acting career would have ended far sooner.

Allen is self-deprecating throughout and seems to honestly believe he never made a great movie. No, Mr. Allen, you’re wrong. You’ve made at least a half a dozen great movies and many more that made us laugh and lifted us out of ourselves for a little while. You’ve given us a great gift, made your mark on American culture and left us all the better for it.

Woody Allen is quite simply a national treasure who is being put out with the trash. Shame on all the cowards who didn’t speak up in support of him when they should have. Shame on those who joined the mob out of fear for their own careers. Shame on those who unthinkingly joined in the stone throwing just because everyone else is doing it. I will note that the few good reviews I’ve seen have been carried in right wing outlets.

But it doesn’t matter. Mr. Allen is happily globetrotting, making movies and enjoying his work. He doesn’t read the reviews.