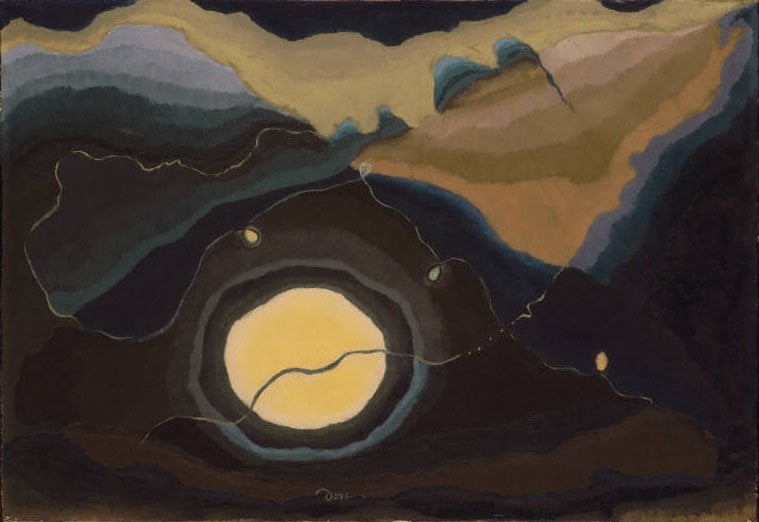 If youth knew; if age could. —Freud

Reality is always stranger than fiction.

No fable captures the irony of contemporary political polemics today as well as the theater of environmental absurdities. We can’t say studies or science because facts, evidence and science now take a knee before emotion, posturing, bullying, politics – and the newest cultural meme, pubescent social hysteria.

Greta Thunberg is the perfect internet enfant terrible in all of this. She is clearly the teen queen of internet scolds. 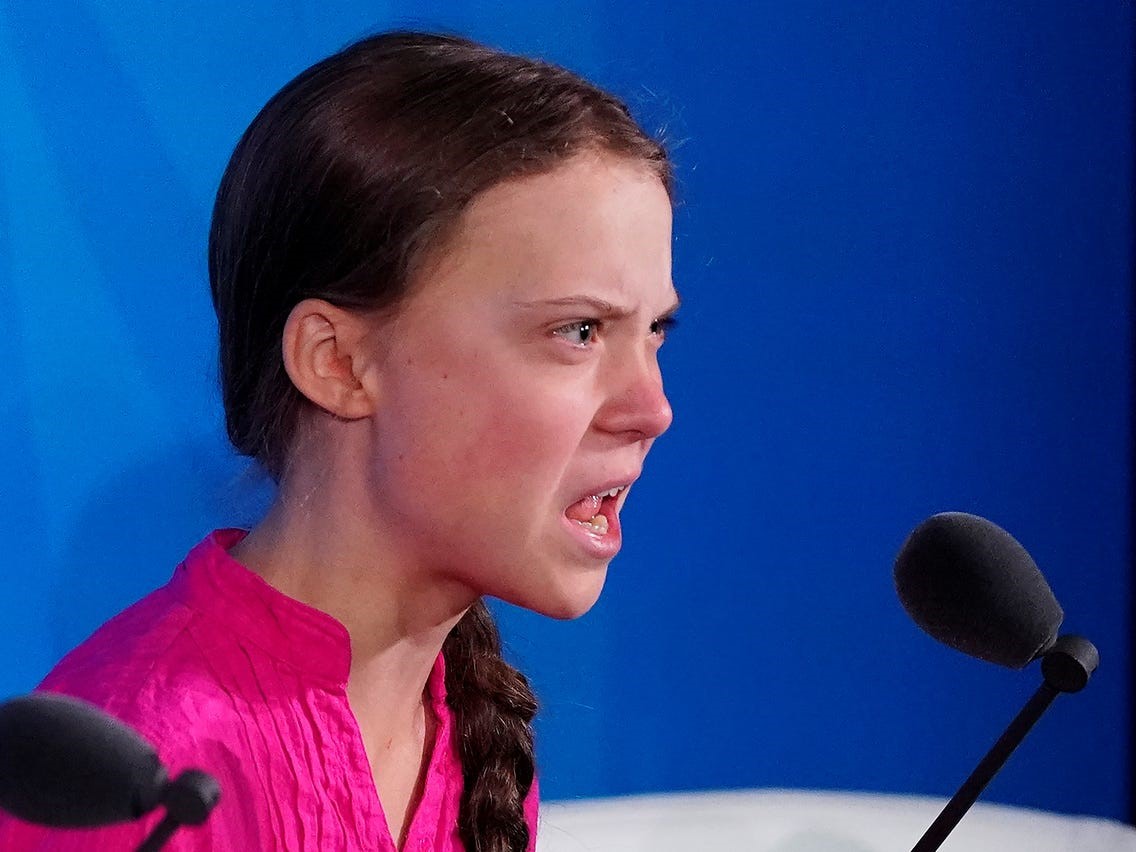 Think about it. The “climate change” (nee global warming) charge is now led by a shrill teen from Stockholm. Recall for a moment that Scandinavia gave the world toxic neutrality and political cowardice as a response to Hitler and national socialism. The Secretary General of NATO today is Jens Stoltenberg, a vintage 70’s anti-war activist from Norway. Recall that Norway gave the word “Quisling” to our strategic vocabulary. There’s no guilt by association here; just a European culture and social context that continues to produce demagogues and hypocrisy.

Swedes could tolerate Hitler and Mussolini just a few short years ago, but their children now feel threatened by melting ice and the loss of polar bear habitat? Having a blue-eyed snowflake lecture the world about global civic neglect is beyond irony. The Nordic left, especially, is loath to assess the “environmental” damage visited on Europe, Jews in particular, by Nazis and fascists whilst Sweden watched or collaborated throughout World War II in the relative comfort of the sidelines.

If there were a Nobel Prize for 20th Century collaborators anti-Semites, or hypocrites; Northern Europe might be serial winners.

Indeed, Greta Thunberg is surely the ideal environmental ingénue for a Continent that seems as clueless now as then. Miz Thunberg is a featured speaker these days at the UN too, like the EU, another unelected forum for overpaid, authoritarian, if not totalitarian, political poseurs.

The poster child for global environmental angst is a precocious, if not obnoxious adolescent, who does her best to look like an unmade bed. As if by rote, Greta’s act features every environmental trope and strawman constructed by the globalist left in the past 50 years.

For this, Thunberg is lionized; indeed, she garners accolades and graces magazine covers worldwide.

A lot gets lost in such media spin and political pandering these days, mostly truth.  With environmental naïfs like Thunberg, what is left unsaid, or ignored, is often the most relevant. Just a few examples of facts ignored include; astronomy, the recycling hoax, and political culpability.

If we back up and take the long view, the big picture; we are all toast in the end, literally. The human race, like all biological predecessors, is on track for extinction, sooner if not later.  Darwinian, yes; but the future is still what real science says it is. Astronomers agree with the prophets on everything now except the azimuth.

Hell, and all that fire, is up not down.

Theorists like Jared Diamond suggest the end might come catastrophically sooner with a nuclear big bang or some unforeseen plague. COVID-19, like Diamond’s speculation, is surely an intimation of our peril.

Astronomer and astrologer, alike, also tell us that Mother Earth is the odd gal out in our solar system, the only planet that hasn’t been frozen, by distance from, or toasted by, proximity to the sun. Over time, the earth, alas, will lose gravitational stability and be absorbed by the sun.

That incendiary prognosis may explain how global “warming” morphs into the less threatening rhetoric of climate “change.” You won’t hear about the inevitability of astronomical incineration and inevitability of earthly biological extinction from Greta.

Thunberg and other activists like Al Gore believe our planet, however, might become immortal with “paper not plastic.” Sailboats and skateboards too, maybe.

Space migration is, for the most part, another pricey and disingenuous hobby horse, a triumph of hope over science. Colonizing Mars, Uranus, or stations in orbit before our fiery end is a little like expecting to cure cancer by learning to bowl or roller skate before consumption kills you.

Hat tips to the new Space Command and NASA!

The end may not be in sight, but the four horsemen are on their way just as sure as forest fires, dust storms, and smog banks are on the horizon.

No subject is shot thru with more bat guano than the recycling fetish.

For years now, the First World has been shaming and lecturing the Third World about pollution and deforestation. All the while, the servile South has been strip-mining for the corrupt North, providing the raw materials necessary for the economies that generate the waste that is then shipped back to the poor souls who are incapable of managing their own natural resources – or American garbage.

Recycling should be the Urban Dictionary’s definition of a circle jerk.

The real commodity recycled today is tax dollars. Yes, glass and metal can be recycled, but when was the last time you saw fast-food served in a can or glass? In 2018, over a million tons of US plastic waste alone was shipped to less affluent countries, 80 percent of which have no waste management systems.

Unusable American garbage is either burned or dumped into open, unregulated landfills where Mother Nature “recycles” the crap into streams, rivers, estuaries, and oceans. Plastic manufactured or sold in Europe and America can be found in every ocean in the world. So called “recyclable” American garbage bales are so useless that China no longer imports Yankee trash.

Recycling is a another “feels good” fraud. In the main, recycling in neither effective nor profitable unless you have a government contract to orchestrate the optics. And then again, there’s the disposal problem with all that spent nuclear waste, bedroom toy and electric car batteries; other sad stories that seldom get a headline.

Both ends of the political spectrum play the blame game today. Albeit, both sides know the environmental facts and the consequences. If the outlook is grim, the problem isn’t data or science. The problem is inertia, hypocrisy, and mendacity.

Pollution today for a Governor Cuomo or a Mayor de Blasio today is a homeless guy urinating on Gracie Mansion.

The very same Cassandras who cry the loudest about the climate crisis are sons and daughters of the same nitwits who create the problem to begin with – and continue to be the source of future climate and environmental woes. Global pollution originates in places like Stockholm and New York; overpopulated, urban/industrial, sierra hotels.

New York cannot dreg PCBs from the Hudson River because any solution makes that problem worse downstream. Agri-business contributes to the mess too, but rural America just feeds the urban beast. Cows and chickens may pass an ill wind, but the burgers, tacos, and drumsticks are eaten on the mean streets of Los Angeles, Chicago, and Seattle. The well springs of air, water, and terrestrial pollution are large liberal cities where garbage, stink, pollution, rioters, and squatters are now de rigueur. For more details, take a walk on any warm day from the Battery to Harlem on Broadway. Or take a walk thru Portland where any deep breath will give you a weed buzz, 24/7.

Metro North America and Europe have been controlled by social democrats or unapologetic socialists for decades. The super spreader for the pollution pandemic is an urbane gas lighter in a Brooks Brothers suit.

Environmental Armageddon is a function of a metropolitan elite that is unlikely to use a mirror any time soon. Real urban reform would be a political disaster for national socialists everywhere. Thus, we are snowed by snowflakes with a blizzard of fig leaves, nonsense like: disposable diapers, reusable toilet paper, washable condoms, biodegradable straws, paper bags, wooden cutlery, and Greta Thunberg.

Urban politics is the dead canary in the global cesspool. The people most responsible for the problem are the least likely to solve the problem.

PrevGain of Function: From Sticks and Stones to Viral Pandemics
The Edinburgh FactorNext