Because I Trusted my Gut by Angelos Sikelianos

Imitated from the Greek by Peter Dreyer (August 2022) 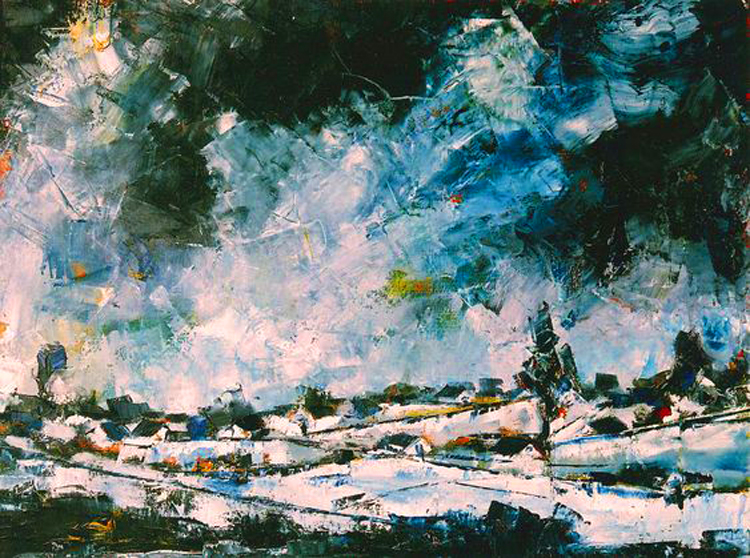 Because I trusted my gut and lauded Earth,
held back in flight my secret pinions’ strain,
and rooted mindfulness in willing dearth,
the dancing spring, live source of holy worth,
revived to quench my thirst again …

Because I never figured out the when or how,
but plunged my mind into each passing call
as though it with eternity were allied,
whether in summer plenitude or winter squall,
the monad sphere gleams like a berry now.
Rain falls from heaven and the fruit’s inside!

Because, instead of “Life starts, then ends,”
I said: “After a rainy day, light bends
more richly; earthquakes bolster up the sky;
Earth’s secret living pulse tells why,”
Great Death Himself’s become my brother.
“All that’s solid melts into air” (said Marx’s mother).

Note: Γιατί βαθιά μου εδόξασα is the Greek title of this poem, rendered as “Because I Deeply Praised” in Angelos Sikelianos: Selected Poems, translated and introduced by Edmund Keeley and Philip Sherrard [1978), 2nd bilingual edition [Katounia, Limni, Evia, Greece: Denise Harvey (Publisher), 1996], 42. Ancient Greek δόξα derives from the verb dokein (δοκεῖν), which had a range of meaning that historically included “to appear, to seem, to think, to accept.” It was used to mean “to glory, to praise” in the Alexandrian translation of the Torah called the Septuagint in the mid-3rd century BCE, however, and subsequently found its way into Christian scripture in this sense via Saint Paul. Suspecting that Sikelianos perhaps had in mind this broader subtext, I have thus chanced my own colloquial “imitation” of the title.  I hope Sikelianos’s ghost will forgive me for venturing to have him quote Frau Henriette Marx, née Pressburg (Karl’s long-suffering mother), channeled in The Communist Manifesto.