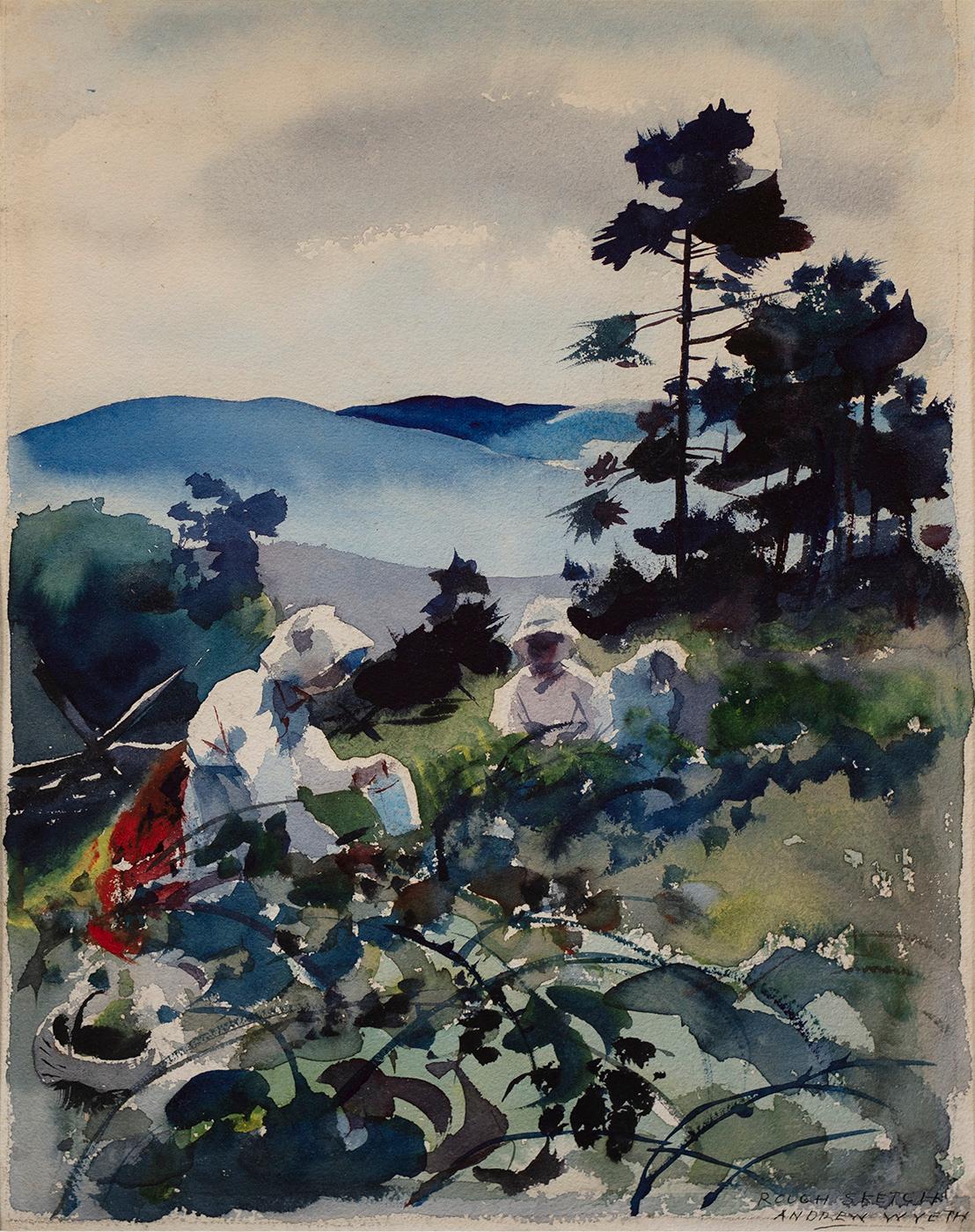 Reality is an artifice, useful for fixing average intellects amid the mirages of a fact. —Stéphane Mallarmé

… a man hears what he wants to hear,
and disregards the rest. —Paul Simon

The first cherry-pickers were instructed to pick only the ripe and ready during the harvest season. Since then, the appellative has come to mean choosing from arguments or points of view to advance an agenda or cause. In op-ed or advocacy journalism, the designation is usually accusative and/or pejorative, referring to “the suppressing of evidence, or singling out data” in the defense or promotion of an opinion or belief. When one journalist accuses the other of cherry-picking, you can be near certain that he/she is also a cherry-picker from the other side of the fence.

Our opinion makers, almost all of whom are quickly forgotten once their time has passed, routinely resort to cherry-picking in staking out their positions. Where the greater truth lies, typically lies outside their concern. For this reason, journalists, however clever and persuasive, are rarely wise. If they were interested in the whole truth and nothing but, they wouldn’t be journalists.

Unlike lawyers who are hired to argue and defend behaviour to which they might be personally opposed, cherry-pickers are fully committed to the perceptions and positions they support and defend; and where the means—cherry-picking—justify the ends, their aim is to convince their readership to think and feel exactly as they do.

In the wide wake of more than a quarter century’s worth of Islamic founded and funded terrorism, journalists, en masse, have been quoting (indicting) the Quran, insisting that it is—at its essence—a manual of war, especially compared to the more ‘benign’ Christian, Jewish, Hindu and Buddhist holy texts.

No wonder many Muslims regard the cherry-picking journalist with the same suspicion and contempt many of us have for lawyers.

Joke: What’s the difference between a dead snake and dead lawyer on the highway? There are skid marks in front of the snake.

Based on their quotidian, Muslims know, as lived experience, that the Quran is much more than the sum of its intolerance citations and wrath directed towards the infidel. Having personally spent ten months of my life traveling and living in Tunisia, Turkey and Morocco, I can unreservedly state that Muslims are more God-fearing (Ten Commandment bound) than Christians/Jews/Buddhists, that, in times of peace, it is safer to travel in the above three countries than in most western countries. If the true value of a religion is revealed in its ability to instill the fear of God—the believer believes trespassing entails very real theological consequences—Islam is by far and away the word’s most successful religion. Would I rather that my car break down in a poor village in a Muslim country than anywhere in Catholic Peru? Categorically, yes.

Should the cherry-picker, for whom there is a direct link between the Quran and Islamic terrorism, be made to account for the millions upon millions of decent, well-intentioned Muslims who go about their day with little else on their minds but paying the rent, raising kids and dressing or undressing for inclement weather? If we agree that good Muslims haven’t accidently lurched or lucked into their goodness, their views must have been shaped by other well-intentioned Muslims who cherry-picked the Quran for good. Which means the Quran can serve both good and evil, a judgment that surely approximates its truth more than either one point of view or the other.

“Avoid Cruelty and injustice . . . and guard yourselves against miserliness, for this has ruined nations who lived before you.”

“(God) has revealed to me that you should adopt humility so that no one oppresses another.” —Riyadh-us-Salaheen:1589

However well-intended and anxious are those journalists railing against the teachings of the Quran, accusing it in the court of public opinion of being an accessory to terrorism, they are worrisomely cancelling (peripheralizing) millions of decent Muslims who, no less than the twisted terrorist, have been informed by the Quran.

According to Trevor Phillips (What British Muslims Really Think, 2016), today only “39 per cent now think a woman should always obey her husband; 18 per cent sympathize with people who take part in violence against those who mock the Prophet; and 4 per cent have sympathy for people who take part in suicide bombing to fight injustice,” which leaves a lot of very decent, law-abiding Muslims unaccounted for, especially in North America where they are more efficiently integrated into their communities than in Europe.

That the western leaning, secularized Muslim is lumped together with the jihadist is not only simplistic, it is counterproductive and exposes western journalism at its reductive nadir. There are millions of Muslims, like Christians, who identify as Muslim, but are thoroughly secular in their day to day lives. Surely the West can do better than alienate millions of like-minded, potential allies simply because they are Muslim? You don’t cut off an arm to relieve a finger infection. Which isn’t to say that immigration policy, in the name of political correctness, shouldn’t turn a blind eye to the innate incompatibility between Christianity and Islam. But in respect to the growing number of Muslims who are no longer there for their holy texts, for whom the law, and not God, is the ultimate authority, they should be embraced and their numbers made to increase.

The Islam of the Hadith and Sura is on its way out. In the Muslim heartland, in desert communities and along the great camel routes the traders’ first and second priorities are water and an Internet connection. In the cities, especially among the young, jeans are replacing the djellaba, and the voice of the second sex is no longer an inaudible whisper in the winds of change. The writing is on the wall, just as the war ISIS and jihadists are waging against modernity is more of a DLS (desperate last stand) than any meaningful territorial offensive.

Normal, decent cherry-picking Muslim parents, looking to instill the equivalent of the Ten Commandments in their children, merely have to open the Quran or look to the speeches of The Prophet for confirmation of their private beliefs and guiding principles in raising their families. Which begs the question: Since the Quran can be used for both good and evil, how should we receive the basket of goods offered up by the cherry-picking western journalist? With measured skepticism because the positions he stakes out take precedent over according the whole truth the respect and disinterested coverage that is its due.

We must bear in mind that not only the Quran but the Bible can be mined for all sorts of defective, tendentious thinking. If you believe in women’s natural inferiority, the cherry-picker will find a bumper crop of edibles throughout the Bible:

Ephesians 6:9: Wives, submit yourselves to your own husbands as you do to the Lord … as the church submits to Christ, so also wives should submit to their husbands in everything.

If you’re an indignant Cypriot Turk with a long memory looking to shape your children’s view of the nation of Zorba, how about this:

And before we sanctimoniously indict Islamic law, where the thief must relinquish the hand that has stolen, we should pay heed to the wisdom of Matthew 5:21:

And if your right hand causes you to stumble, cut it off and throw it away.

In respect to injunctions regarding the child’s obedience towards a parent, and every demographer’s’ secret wish, the Bible doesn’t mince its words: Matthew 15:19:

Anyone who curses their father and mother is to be put to death.

There are of course instances where we wish the cherry-picker had been able to make a more effective case. The much discredited, pedophile-racked Catholic Church would be in seventh heaven had the following injunction been observed. From Corinthians 7:16:

Now to the unmarried … if they cannot control themselves, they should marry, for it is better to marry than to burn with passion.

From Christianity’s humble beginnings to the 1139 Second Lateran Council—the golden years of Catholicism—celibacy wasn’t a requirement for the priesthood. Since then, more than a million children (conservative estimate) have been sexually abused by pedophile priests. Pope Francis was alleged to have said that 2% of all priests (the leprosy within the church) are pedophiles.

With all due respect to the sum of facts and arguments eloquently laid out by the cherry-picker, the very existence of jihadism and ISIS tells more about human nature than the Quran. The real issue driving the clash of civilizations is power. Islam is on the wane, and the old guard, comprised of literalists and androcentrics, are desperately trying to staunch the bleeding: the Em-pyre Strikes Back.

Does it not reflect poorly on the cognitively challenged West if it can’t distinguish between good and bad Muslims, between ally and enemy? Are we at war with the world’s 2.3 billion Muslims, or a fringe group of frustrated, renegade misfits looking for a cause?

If the pleasure principle remains the great predictor of human behaviour, Islam’s miserly menu cannot compete with secularism and western hedonism. With instant electronic access to the pleasure zones of the world, fewer and fewer Muslims are there for their holy texts. Holy writs and rules notwithstanding, freedom is the pain no one can refuse, and once enjoyed cannot be wished away. “Although everybody knew it as freedom from the laws of Islam, no one was quite sure what else Westernization was good for,” writes Ohran Pamuk in Istanbul: Memories and the City.

With secularism in full ascendency (all toll roads lead to the bacchanalia), this turning away from God to the gods will be necessarily fraught with peril, and there will be casualties, some of whom will be vulnerable to radicalization. In the West, this turning away—that began with the separation of Church and state—was very gradual, when authority was incrementally devolved from God to “the law,” at which point if there was no hiding from God you could always circumvent or rewrite the law. In Islam, religion and law have always been intricately intertwined, and there is no avoiding the inner turmoil and dislocation that ensue when a devout Muslim is suddenly exposed to a radically dissimilar value system. In the wake of this tectonic collision between East and West, a huge nowhere zone must arise, where the nowhere men (the rootless and disenfranchised) gather, sandwiched between the past and modernity, torn between the call of the muezzin during the day and Happy Hour in the late afternoon. Coming to their rescue, their succour, providing them with purpose, self-esteem and community, is the cherry-picking jihadist for whom the Quran is merely a means to an end: the birth of nation, the noble struggle for survival in the face of insurmountable odds.

Be chary of cherry-pickers from both sides of the aisle; 80% of all terrorist victims are Muslim.

PrevStaying in the Moment with Home Repairs
Mao Then, Mao NowNext