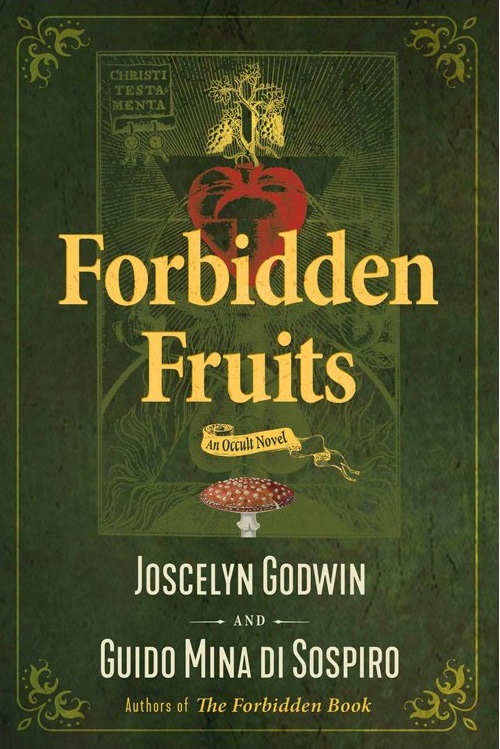 When the wealthy Sebastian Pinto, grandee of one of Malta’s noblest families, inadvertently saves the life of an illegal North African immigrant who is attacked by Russian skinheads, he is unaware that his act of accidental heroism is the first step in a series of events that will lead to his murder. The notoriety surrounding the incident is for him little more than a distraction from his real work: his so far unsuccessful search for the remnants of an ancient civilization in the waters off the Maltese coast. For two years Pinto and his colleague, the beautiful young American archaeologist Monica Bettlheim—who is eager to regain a faded celebrity—have explored the deep waters of the Mediterranean, but with little success. Now, however, shortly after Pinto’s unintentional rescue, they hit paydirt—or mud, to be more exact. Prehistoric mud, in fact, which, as any archaeologist will tell you, “has many tales to tell.”

The tale that this particular ancient mud has to relate ensnares the reader in a heady adventure involving psychedelic mushrooms, corrupt government officials, secret societies, spiritualism, an illicit trade of the most abominable character, speculation on the origin of Christianity, and more than one slaying. As I read the novel, I found myself thinking that it resembled a quirky mashup between The Da Vinci Code, some of Terence McKenna’s more outrageous speculations, and an episode of Inspector Montalbano, although the setting is Mdina, not the fictional Vigàta, and the writing is better than Dan Brown’s purely functional prose. As are the esoteric references, which is not surprising, given that the authors are serious scholars of the western inner tradition, and possess an expertise that informs their earlier work, The Forbidden Book.

Although Sebastian is one of the more vividly drawn characters—one suspects that at least one of the authors enjoyed using him as a mouthpiece for some less than “politically correct” broadsides about the EU and liberalism — he is killed off relatively early in the book, a twist that at first had me baffled. But it is his death—a particularly vicious killing—that sets the wheels of the mystery in motion. But a perhaps even greater mystery surrounds the contents of one of the black basalt jars that Sebastian’s team has recovered from an underwater site, whose unmistakably manmade structures suggest that it stood on dry land at a date before glaciers of the last ice age receded. This time what has surfaced is something more than mud: a pomegranate made of gold.

To discover a work of superb human craftmanship from a time when official accounts suggest that at best we were still huddling in caves would, one would think, be sufficient cause for celebration. Monica is eager to share the discovery with the world—and thereby regain the fame that had attended an earlier archaeological discovery—but for some unfathomable reason, Sebastian stalls. The mystery of his inexplicable delay in announcing their discovery—which would have the history books dusted off and re-written—is compounded by the arrival of Sebastian’s once profligate but now chastened son, Rafael, a highly cultured reformed drug addict, possessed of an ethereal beauty and a handy resemblance to Christ, who is also a student of esoteric wisdom—alchemy, to be precise. When Monica fumes over Sebastian’s stalling—which by now has led her to suspect the golden pomegranate is a hoax—Rafael suggests they open the artefact. When they do the mystery only deepens.

Within they find a strange organic substance, which, upon examination, turns out to contain ergot, a fungus whose effect on human beings is similar to that of LSD. Here indeed is one of the forbidden fruits on offer in the book, recognizing, of course, that fungi do not contain seeds and so technically cannot be considered fruits. But this is a mere quibble. The other forbidden fruit we learn of is even less fruity and altogether more dubious.

When Sebastian’s body is found Monica and Rafael wonder if the prehistoric golden pomegranate is somehow the cause of his death. Is someone eager to prevent the discovery being made known? Has Sebastian somehow transgressed against the strictures of the noble Order of Malta, of which he was a prominent member? Early in the book Rafael attends a séance conducted by his uncle, who belongs to an ancient order known as the Society of Harmony, a nod, most likely, to the Societies of Harmony that arose in the years leading up to the French Revolution, and which blended Franz Mesmer’s “animal magnetism” with the otherworldly visions of the Swedish savant Emanuel Swedenborg. The original societies used children as “seers,” and this twenty-first century one does too. The séance, however, takes a bad turn when the young girl announces the presence of unspeakable evil on the island, and promptly enters a coma. Has the evil something to do with the remarkable discovery? Has some antediluvian horror risen from the depths?

In order to answer this question, Rafael and Monica decide to ingest the contents of the golden pomegranate, to take a trip on the ancient ergot. Set and setting aren’t the best, true, but it’s an emergency. The altered state enables Rafael to decipher the meaning of some alchemical engravings found among Sebastian’s papers. Readers knowledgeable in the esoteric traditions that inform the fluid narrative will appreciate the alchemical symbols and motifs that appear along the way. Transformations abound, and we are treated to more than one symbol of the nigredo, the dark beginnings of the alchemical opus, and of the prima materia, the formless mess from which, if the work is successful, the alchemical gold will be created.

Rafael’s vision compels him to take yet another trip, this time under the auspices of his uncle and his colleagues. Fortified by their presence and protected by a holy ritual, he grasps the secret of Sebastian’s murder, as well as the mystery behind the appalling deaths of a group of illegal immigrants. But about an even greater mystery he is also enlightened: the origin of religion. Surely the experience granted by the psychedelic fungi was at the heart of the Eleusinian Mysteries of ancient Greece, and also that of Christianity . . . The authors do not go as far as John Allegro had in The Sacred Mushroom and the Cross, but their speculations are only a tad less blasphemous.

Monica, inexplicably left on her own by Rafael—they have since become lovers, a coniunctio oppositorum that will not surprise readers—must go through her own dark night of the soul. This has her feeling her way through foul cloaca and other subterranean chambers, while her own interior world is permeated by the haunting presence of her own vision. Persephone, we know, was stuck in Hades because of a pomegranate. Monica is hoping to exit an underworld through the help of one.

When Rafael’s vision leads him to a cave, part of an extensive network of ancient tunnels running under the island, and his own capture by the dark forces behind his father’s murder, Monica risks possible death in a psychedelic effort to save him. This may be the one time amanita muscaria helped solve a murder case, while preventing another from happening.

To tell more would deprive readers of the fun of finding out exactly what evil forces are at work on the overpopulated, megalith-rich island, and how two individuals, initially preoccupied with their own personal desires, are raised well above them through their efforts to defeat the evil. There are trials and ordeals, a pinch of sex, some good food, high fashion, and I now know more about Malta than I ever did.

My suggestion to the reader is make a start on a healthy diet and reserve a place on your menu for Forbidden Fruits.

__________________________________
Gary Lachman is the author of many books about consciousness, culture, and the Western esoteric tradition, including The Return of Holy Russia,  Dark Star Rising: Magick and Power in the Age of Trump, Lost Knowledge of the Imagination, and Beyond the Robot: The Life and Work of Colin Wilson. He writes for several journals in the US, UK, and Europe, lectures around the world and his work has been translated into more than a dozen languages. In a former life he was a founding member of the pop group Blondie and in 2006 was inducted into the Rock and Roll Hall of Fame. Before moving to London in 1996 and becoming a full time writer, Lachman studied philosophy, managed a metaphysical book shop, taught English literature, and was Science Writer for UCLA. He is an adjunct professor of Transformative Studies at the California Institute of Integral Studies. He can be reached at www.garylachman.co.uk, www.facebook.com/GVLachman/  and twitter.com/GaryLachman.