Can We Rediscover Rigour? 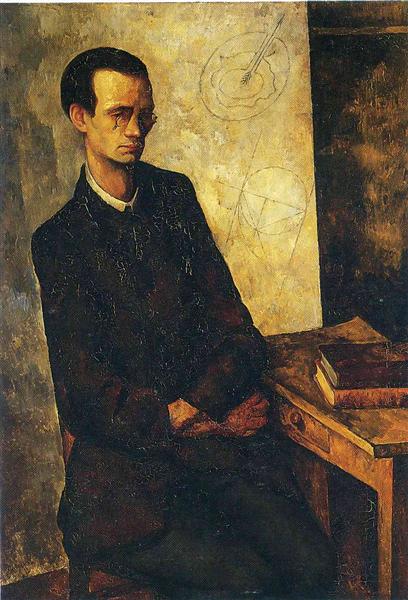 In a series of six essays (NER Sept 2021 – June 2022) I showed how we can demystify maths and reveal its meaning. Maths can act as the Heartland of Truth on the one hand, and as Pathfinder for Progress on the other. The truths of the Heartland, for example, that the decimal digits of √2 never recur, are absolutely true. They come, too, with a Godlike range, because they tell us with unquestioned authority what doesn’t happen a billion places down the line. Maths becomes the Pathfinder when it is used to chart trajectories to the moon, or the human genome, or many similar projects … items we now take for granted, but which were considered impossible only a hundred years ago.

Essays 5 and 6 introduced the wholly unexpected, amazing, mind-shaking idea of anti-mathematics … a new 100% abstract, 100% lucid, 100% rational language which studies inherently transient reality, much as maths probes the timeless kind. This is a blow for maths, because we are surrounded by an abundance of transient realities, and there are, arguably, no good examples of real things which—we can be quite sure—will last forever. The good news for mathematicians is that many of the processes of anti-mathematics rely on maths.

The problem with the mystification of higher maths was that it stood out as an inimitably in-house culture which generated its own self-contained ‘problems’ out of its own earlier self-contained ‘research.’ Around 1900, the higher mathematicians had a shock. They became aware that their central problems were rarely grounded in physical reality, like ordinary science. Most of their problems had no connection with the real world at all. So maths couldn’t, it seemed, count as a bona fide ‘science.’ They swallowed hard, and began to redescribe their subject as an ‘intellectual artform.’ They were reckoned to be the cream of the academics, so they were quite confident that their artform activities would remain supreme. Their labours would lead to fabulous aesthetic abstractions, a kind of abstract Fabergé … simultaneously useless and exceptionally special in every way.

This was a starry, but also an essentially rather unworldly, stance. Whether it could be sustained was another question.

There was a problem. Higher maths had previously been regarded (mostly) as ‘theory of physics.’ During the 19th century, a gradual change occurred. New ‘doubly-pure’ topics like imaginary numbers, non-Euclidean geometry and abstract (non-numeric) algebra quietly opened up. They were the clean, the de novo, the promising, the professional, the uncharted, ground. History seemed to be on their side.

They came with an obvious and an unobvious drawback. First, they didn’t involve the real world. All through the ages the greatest figures had been polymaths like Archimedes, Descartes, Newton, Leibniz… geniuses who were interested in 1001 different things. The new breed of mathematicians were, by contrast, monomaths, concerned only with specific formalities.

Second, there were now fewer checks and balances … of a kind which had previously been around. Boundaries seemed to have disappeared. When the ultimate standard had been physical verification, searching for ‘the truth’ had been a demanding taskmaster, a source of discipline. A merely aesthetic quest could hardly fill that bill: searching for formal novelty was flimsier … arguably closer to ‘appearance’ than ‘reality.’

A kind of lightheadedness seemed to emerge. Exotic ideas became the vogue—like a ladder of infinities beyond infinity—and a vast arc of research diversification opened up. Russell’s devastating Contradiction struck in 1901. It was a savage blow. The lack of any explanation was worse. A ‘Party Line’ (as described by Frank Ramsey) was eventually imposed … to insist that when a set satisfied its own membership criterion, it didn’t count as satisfying its own membership criterion!

Higher maths was visibly diverging from common sense and ordinary meaning—becoming a strangely intoxicated, abstruse, anti-establishment show. In the 1960s, in a rush of blood to the head, it entered the public domain and tried to turn school maths upside down. ‘New Math for Schools’ was a brazen attempt to impose aesthetic ‘modern math’ onto the children of the human race. A modern ‘Children’s Crusade’ began—which overran everything for a while, but then quickly turned to dust. So the higher mathematicians ended up as a hollowed-out, ex-elite, no longer backed by the mainstream masses. They kept going, but their previous fanbase had gone.

For about two and a half millennia the higher mathematicians had never bothered to try to understand their subject better. Why would they? The subject had its distinct mystique. It was a guarantee of deep social support, from all those who identified with higher maths’ official values … of order, neatness, formality, regimentation, structure, status quo. After the 1900s, wave after wave of unexpectedly defiant, anti-establishment, sentiment flowed, but the official supposition held: the new defiance was hardly noticed. This is a measure of the power of the mystique.

The worst of the ‘waves’ was disowning (handing over) the Pathfinder for Progress … to the fledgling IT sector. (This sector eventually became the IT high elite, which upstaged the gurus of maths, and has placed all its faith in microchippery.) Genuine rigour in the Heartland of Truth lapsed after the shock of Russell’s Contradiction. Rigour in the Pathfinder for Progress effectively lapsed too, after the gurus of maths disowned their role. This is today’s damaged legacy. Rigour means that much caring and checking, of every kind (and especially comprehensive), needs to be in play when changes are afoot. We need to insist that it is the democratic, consensus mind, not microchippery, which calls the shots.

Christopher Ormell was a Visiting Scholar at UC Berkeley in 1987.  His final, public, lecture was in the same room on the same subject (understanding, the main priority for education) as A. N. Whitehead’s had been fifty years earlier.