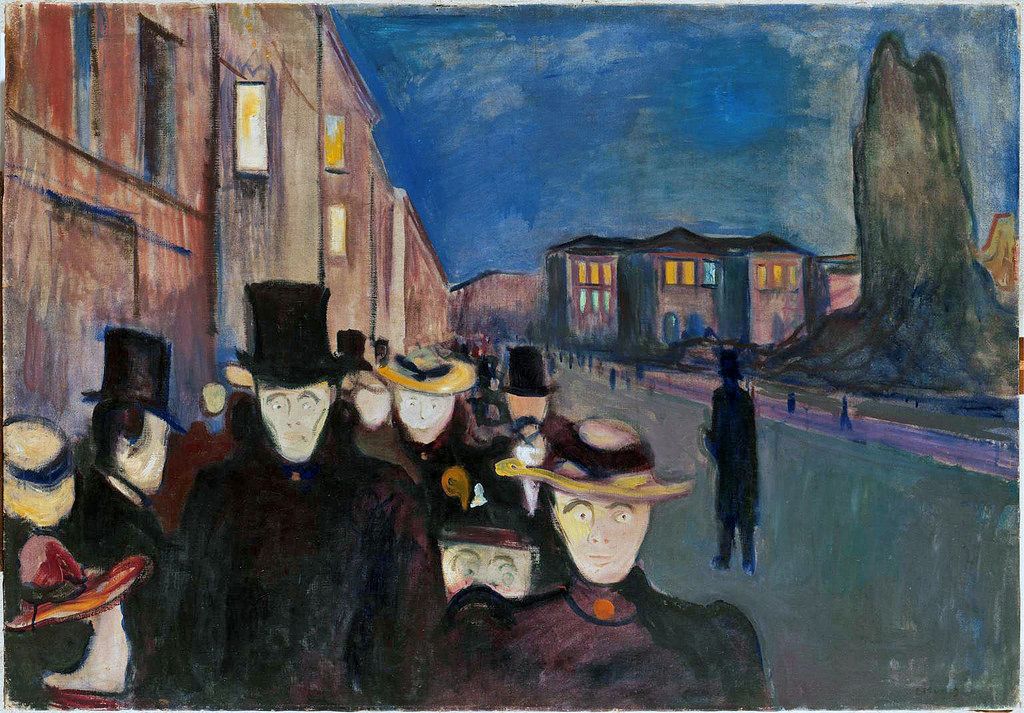 Even before the early morning meeting started, it was obvious by the boss’s demeanor that something important was going to be announced. He was a short, balding man with glasses and his smile was creepy. When the last person finally entered, carrying his mug of coffee, and found a place at the elongated table, Jeffrey Sucker’s smile got even bigger as he began speaking.

“I have an important announcement,” he said. “First of all, before I begin, everyone here knows about subliminal messages, right?”

“Really?” Sucker was genuinely surprised. “I thought everyone knew. Ok. No Problem. Subliminal stimulation was something that was explored way back in the Fifties. It was an experiment carried out in a movie theater. During the film, a brief message would be flashed on the screen, reading, ‘Buy popcorn.’ The message was too brief to be noticed by the audience, noticed consciously, I mean. Well, the researchers claimed that there was an increase in popcorn consumption, but the results were disputed for reasons I’m not going to go into.”

“Anyway, new researchers have recently come out verifying the phenomenon as being legitimate, and it’s been duplicated. The difference is that while in the first study it was a onetime flash of the message at different points in the movie, for the effect to take hold of a person’s subconscious, researchers recently found that the message has to be delivered in pulses, in a burst. That’s when the message really takes root in someone’s mind. And that’s why probably the first experiment was not conclusive in the findings.”

“So, are we going to run a story on that?” one of the journalists asked.

“No . . . we’re going to apply that finding.” The room stirred with excitement, confusion, or curiosity, depending on the individual. Sucker smiled, relishing the effect that his words had. “Look, the country’s in bad shape, we all acknowledge that. First, we, have this problem with the Covid-19 virus. There are still people who refuse to wear masks and who are fighting the lockdown and are agitating to have their businesses re-open. It’s a small sacrifice that’s being asked of them, yet they refuse to go along for the common good.”

“The common good,” everyone murmured simultaneously.

“It’s like we’ve said so many times before: people are stupid. They refuse to obey us. So, they have to be forced to comply. They must conform. They must obey.”

“On top of that,” Sucker continued, “in 2016, millions voted for the most evil man in history, who, as a result, became president and we just had an election and that dictator was voted out of office. But, even so, 75 million still voted for him in the second election. And, if that wasn’t enough, they keep insisting that the second election was rigged. In spite of what we keep telling them to ignore the evidence.”

“Now, it’s been suggested that these ‘Trumpsters’ need to be sent to camps to “de-program” them, but there are all sorts of logistical problems with that idea.”

“Global warming,” everyone in the room murmured simultaneously.

“And racism!” Jerry practically shouted, a skinny fellow who was obsessed with the buzzword “systemic racism” and had internalized the doctrine that all evil in the world emanated from white people, while only goodness and enlightenment came from People of Color. “This country is overrun with white supremacists!” Everyone nodded in agreement. Everyone in the room was white. “Only if we cleanse the country of whiteness can we have a truly Inclusive—”

“Inclusiveness,” everyone in the room murmured at the same time.

“Diversity,” everyone in the room murmured at the same time.

“I’m not finished,” Sucker held up his hand, clearly irritated at the interruptions and stopping Jerry from going further into his usual rant. “Monty, over here,” he nodded to a young man who was actually at the end of the long table, “he’s been trained on the technique these past few days and he’ll be sending the subliminal messages that I’ve put together.”

“What kind of messages are we going to put out?” another journalist asked while knowing the answer to his own question.

“The obvious. Now, all the ideas about global warming and Covid and racism and de-programming are good and they’re going to get equal application, but we’re going to go slow at first. So, we’re going to insert messages to trust journalists. Thanks to ex-President Hitler, constantly talking about ‘fake news,’ trust in the media is at an all-time low. Then, we’ll tackle other issues.”

For his part, Monty just nodded and smiled, a trick that he had learned in order to survive inside the collective. Unknown to all the others, he was an aberration, divergent, inside the media hivemind, a component of the hivemind yet not entirely absorbed. And, unknown to Monty, there were also two or three other “aberrations” inside the hivemind, like him carefully keeping a very low profile within the collective.

“Monty’s going to plant progressive messages within the telecast at strategic intervals, urging people to do the right thing. He and I have already studied at what points to insert them. Some of us will note that the chyrons at the bottom of the screen will supposedly be blank from time to time. The novelty of their being blank will attract attention since it is constantly trailing news headlines.”

“Starting when?” someone asked.

“Today. He’s already got a list of progressive messages. Here’s the list. Let me pass them around.” Sheets of paper replete with the usual progressive slogans were passed around, with the ones focusing on the media at the very top. Everyone looked at their copy of the list, nodding in approval.

“Well, that’s it, then. Everybody back to work.” The room emptied out as all the journalists went to their respective posts.

Years ago, Monty had viewed with alarm the growing fanaticism in his colleagues ever since Donald Trump had gotten elected president, even though he was definitely not a fan of the man. Once or twice, he had come close to speaking his mind, but had adroitly avoided his profession’s equivalent of being vanished to Siberia. To keep a modicum of integrity, he always asked for assignments that were apolitical and not controversial, whereas his colleagues jockeyed for the juicy sensationalistic, or in the case of the pandemic, the panic-promoting, stories. As a result, he could, indeed, be impartial and objective and, in spite of it, retain his job as a journalist.

But, now, it had come to this. Not reporting the news in an objective, impartial, manner. Not even stooping to broadcasting propaganda as so many of his colleagues were eager to do. But now it was worse. Far worse.

Nonetheless, he carried out his job, hating himself for it. After the first two weeks, the boss called him in to congratulate him on doing a good job in his new task. Monty made sure that his face did not register the disgust that he felt.

The subliminal messages that Sucker had come up with in order to counter suspicion of the media were, “Believe everything that you see in the media.” “We would never lie to you. Unless we had to.” “Obey us.” “Do not question us. Do not doubt us. Don’t resist.” “Believe everything we tell you.”

And, throughout, Jerry kept coming over to him and pestering him to insert anti-white racist slogans—not that anyone could read the messages that Monty inserted in the chyrons. In fact, that was his argument: no one would know. He insisted that Monty insert messages urging “reparations.” This had to do with the push that had been kicked around for a long time. When all was said and done, the whole idea of “reparations” boiled down that white people should be forced to give their money to black people because they were black.

So, irritated by his constant pestering, on a perverse whim, knowing that nothing would come of it, he inserted the subliminal message, “Fire Jerry Lifshits now!” This recurring message was placed in the space following the news item that Tom Cruise had left the Church of Scientology to become a Pastafarian, a follower of The Church of the Flying Spaghetti Monster.

By coincidence, two days later, Monty heard that Jerry had been fired.

At home, he pondered on the coincidence and the next day, as an experiment, he inserted a new, recurring, message after a news item about a dissatisfied woman who had had plastic surgery on her nose and wanted her old nose back. Since her excess skin had been discarded (for compost), she brought in a dead cat and insisted that the doctor use the cat’s skin. The novel message that he inserted read, “Monty should have a big raise in salary.”

Sucker called him in the next day to inform Monty that he was doing such a good job that he would be getting a big raise in pay. Monty left the boss’s office. He stood just outside the office, motionless and wide eyed for a full minute.

Much later he wondered how many other Montys in the country had gotten a raise.

He began to replace the boss’s list with one of his own: “Be nice to one another.” “Respect everyone.” “Appreciate life.” “Read at least one book a week.” “Don’t be cruel to animals.” “If you live apart from your parents, check to see how they are.” Be tolerant of young children.” “Help old people and expectant mothers.” “Obey traffic signs.” Needless to say that if his boss found out about these messages, he would have been fired.

After a couple of days of this, he checked with authorities and found that the number of traffic accidents had plummeted.

Monty was in a whimsical mood one day. For some reason, a particular news story put him in that mood. It was about an actress who had, years ago, been married in a beautiful Southern plantation. That bit of information had recently surfaced and since the plantation was associated with slavery, leftists were foaming at the mouth, clamoring for her head. In order to save her precarious career in Hollywood, she announced that she was divorcing her husband, who had insisted on their wedding taking place in that venue (untrue; it had been her idea) and had forced her to go through with it in spite of her virtuous protestations.

No obvious connection between the messages and the actress, but . . . there you are.

And sure enough, he started seeing girls wearing miniskirts and men wearing bowties and everyone’s mood in the country improved further.

One night, Monty accompanied his girlfriend, Monica, at her request. to a debate at the local college. The topic of debate between the two scholars was free will vs. determinism by a couple of philosophers who were going to rehash the same old, sterile, arguments that had been kicked around for at least two centuries, but they were presenting them to the audience as if their original intellectual breakthrough. Both were wearing bowties. At different points in the debate, Monty would giggle while, all around, the audience remained serious, with rapt attention to the speakers. Monica was irritated at his demeanor, but he did not enlighten her. She was wearing a miniskirt.

Back at work the next day, Monty decided that, for now, he would recycle all of the previous subliminal messages. It was time to get down to business and focus on more serious topics. But what topics? he wondered. And what messages?

He would think of something.

Armando Simón is the author of Pandemic or No Pandemic I’m Getting Married!! available in Amazon—for now.