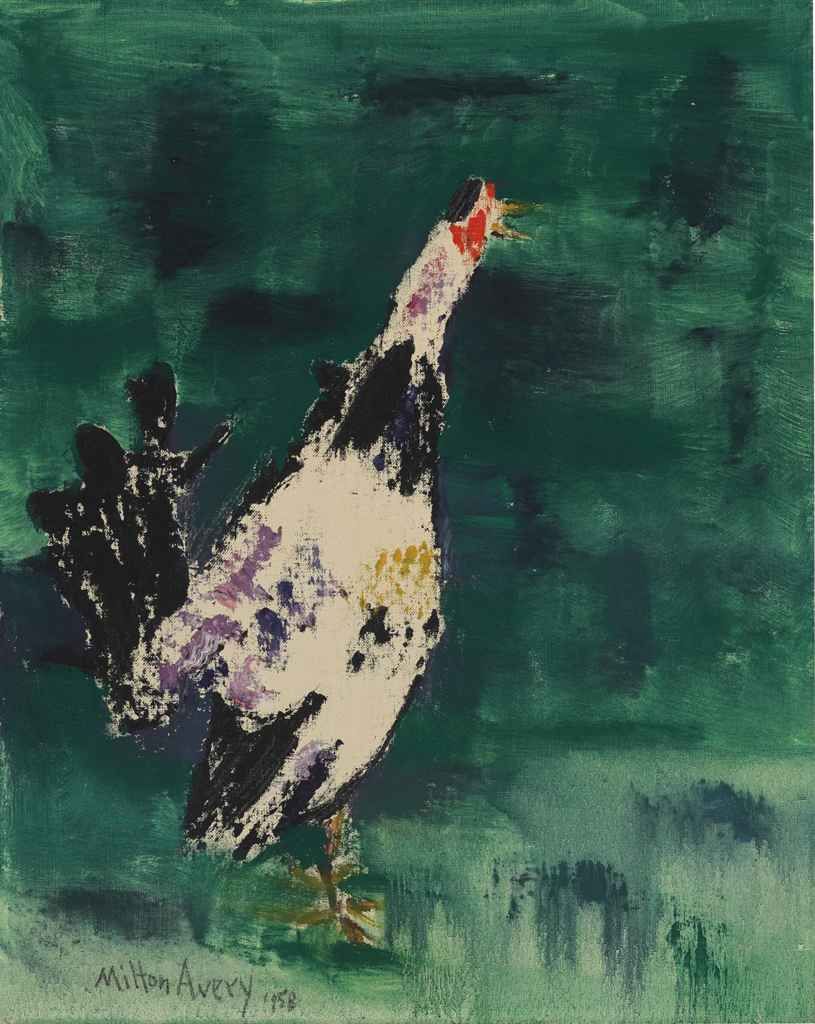 My name is Sparky, and I am a donkey. I spend my leisure time in the parkland surrounding the manor house currently lived in by Sir Arthur Conan Doyle. I am proud of my coat which is mottled and very eye-catching. And let me say here that my heart really did swell with pride when my master was knighted for services to king and country—I felt that I myself had gone up in the world since I live vicariously through my beloved owner.

One fine summer’s day towards the end of my master’s life I was minding my business as usual and listening in through the open French windows of Doyle’s study. He was pounding away on the keys as was his regular morning routine: clatter, clatter, briiiiing: clatter, clatter clatter briiiing. That last sound represents the bell at the end of the typed line, but you may have understood that. I have long ears, you understand, and can pick up more than flies on the wall.

I wondered what Sir Arthur could be at now since he had killed off his (and my) favorite character, Mr. Sherlock Holmes. The public outcry had been loud and vociferous. When the owner of my great grandfather, Albert, had killed off Little Nell despite that character’s popularity, the outpouring of grief had been greater than that which followed the death of the little girl’s creator himself. The fictional event triggered mass hysteria on both sides of the Atlantic Ocean. Such is life, real or not, I thought.

You may be wondering how I can tell you all this, being a donkey and therefore according to you, the reader, as dumb as an ox. That is an unusual history, but to abbreviate somewhat, an ancestor of mine started life as a human and was magically turned into an ass about ninety donkey generations ago while traveling in Thrace. I hasten to add that he did not identify as one, and he could still understand human language and taught his offspring, apparently much to the disgust of his asinine wife (but that is another story). And the language aptitude was then passed on through the generations until it came down to me, born around the time of the last queen’s golden jubilee. One thing led to another and I ended up in the possession of Sir Arthur. I cost him one golden sovereign—a tidy sum at the time.

I have other donkey ancestors that have contributed to culture and mirth. You may, for example, have heard of or even read the folkloric story of ‘The Pope’s Mule’ as retold by Alphonse Daudet. That is fiction but it has a bearing on this story, which is true, by all accounts. Fiction or not, the real Mule du Pape was an infertile ancestor of mine during the Papal ‘Babylonian Captivity’ at Avignon. He was the Pope’s favorite mule, but was humiliated, neigh (you see, I speak horse too), badly treated by a toady attached to the court of His Holiness. This man traveled overseas for seven years and upon returning was given a very hard kick by my precursor; so hard was the kick that all that was left of him was an ibis feather from his cap. This goes to show that asses have long memories to go with their ears.

What bearing does this have on my story? You’ll see. Just stick with it for a bit longer.

Well, one fine day I heard the butler announce that a gentleman and a rooster (née hen) were waiting to have words with Sir Arthur. He glanced at the business card and I clearly heard him expostulate “But I killed him off years ago, along with Holmes! And I don’t recall any danged chicken in any story of mine.”

Then the door burst open and in walked a tall, well-dressed, foreign-looking gentleman attended by a large, strutting rooster crowing in a most unprepossessing way. And it wasn’t just ‘cock-a-doodle-doo,’ I can tell you. The gentleman’s visage was deeply scarred, and I detected a thoroughly menacing gloat underneath the well-tailored appearance. And that large bird was a dead ringer for an avian member which had pecked at me a few years back during an outing I made to Morocco as companion to my master. For reasons of diplomacy (I was after all a guest in their lands) I had merely given it a gentle shove with my front hoof. At the time that sufficed to deter further aggression.

Doyle looked dumbfounded at this unpropitious entry. “I told you I would force you to fall over the Reichenbach Falls, and I succeeded. What do you mean by this impertinence?”

“Mr. Doyle, forgive my bluntness, but you failed dismally to describe the aftermath of our grappling into the deep chasm. As you see, I survived. I cannot say the same for the dastardly detective. And furthermore, you had Holmes say the following words:

He is the Napoleon of crime, Watson. He is the organizer of half that is evil and of nearly all this is undetected in this great city. He is a genius, a philosopher, an abstract thinker. He has a brain of the first order. He sits motionless, like a spider in the centre of its web, but that web has a thousand radiations, and he knows well every quiver of each of them.

Doyle looked perplexed for a moment. “That is true, sir, all true. And I certainly wrote that.”

Moriarty, for indeed it was indeed he, shot back a look of grim defiance followed by a complacent snort. “Sir, check your biases. It is not the truth of falsity to which I take exception. It is to the fact that you intentionally misconstrued my pronouns. Sir, you are a bounder. I can tell you now that future readers of your trashy stories will take a very dim view of authors who do not catalogue the acceptable pronouns of their varied creations. That omission can send a potentially very harmful message to your readers. Mr. Doyle, you have insulted me beyond human endurance by not listing my pronoun preferences.”

“Confound it, man. Talk sense. And what about that chicken there, what pronouns does it prefer?” Doyle, you see, was handy with the pointed witticism.

Moriarty did not see the humorous intent of the question. “You are right to ask, although it was not sexed correctly after hatching, it answers to ‘he/him/you.’ It also responds to ‘it.’ Members of its race are very conventional. But we use this avian creature for our larger task, our darker purpose, and that includes your destruction. It is a matter of convenience. We will rid the world of chickens when we control all. They will be gulagged along with you and your readers at New English Review, and even Holmes, be he alive or dead.

Doyle gasped out, “Can your diabolical ways never be eradicated, Moriarty? Will they plague us forever?”

“Indeed, Doyle, ‘The Gods themselves cannot recall their gifts;’ especially for a flat character like me. And as a contemporary of yours will soon describe I have a touch of Psychical Inertia. You fashioned me, and here I stand, I can do no other. This struggle will go on down through the centuries until we achieve world dominion. What, what!”

My master sank down like a deflating hot-air balloon. He ejaculated tearfully, “Then I have created a monster. My involvement in Psychical Research has led to this!”

Moriarty was gleeful. “Since social-media platforms have not yet been invented I will cancel you in the old-fashioned way.”

The evil mastermind then pushed forward the clucking rooster. “At him, Mo, go for his feet first.” The bird ducked its head and nictated its brazen eye in a most provocative manner. It strutted towards Doyle and pecked viciously at his wingtip Oxfords while intoning strange strangled sounds reminiscent of a blind mufti.

I could now see that my master was in great danger. I poked my head into the study through the French windows and brayed loudly. That got their attention, I can tell you. On closer inspection I recognized the rooster from our altercation in the alleyways of Meknes several years previously; a donkey doesn’t forget easily. Reader, to you chickens may all look the same, but I have a more discriminating nature. I had unfinished business with this bird.

Now believe me when I tell you that, alas, I had neither fingers nor thumbs nor the flat bit you humans call ‘palms.’ I could not, therefore, draw a sword or fire a pistol at these interlopers. But my forehooves were ideally suited to landing a convincing and palpable hit. I struck hard at the bird, so hard that that all that was left of him were a few feathers which floated down and landed between my ears. They stuck there, glued on with the moist fluids of the bird’s sticky interior.

Perhaps Moriarty felt defenseless without his advance guard, for he turned and fled. The last I saw of him was a disjointed figure fleeing down the driveway out onto the recently tarmacadamed A26 which ran and still runs between Crowborough and Royal Tunbridge Wells. The clop clop of my pursuing hooves resounded on the cobbles.

You may be thinking that I really cooked Moriarty’s goose. You’d be wrong. He probably went away and sulked for a time, but he’ll be back, haunting the world endlessly. His kind have a habit of reappearing whenever vulnerability is shown. And there are always more cockerels to replace Mo, often sporting the same name and attitudes. You can be sure of it.

I still treasure Doyle’s compliment on my skill with hoof, and also on the fetching appearance which I must have made with the chicken feathers stuck between my ears.

“Bravo, Sparky. A singular strike. You are indeed a loyal ass.” I didn’t mishear him, and my heart swelled again with pride.

The story of the Pope’s mule was certainly fiction. But I can’t lie to you; this story I have just told you is fact.