Conservative Diffidence and the Political Exploitation of George Floyd

How much does it take until we accept the obvious about Black America? 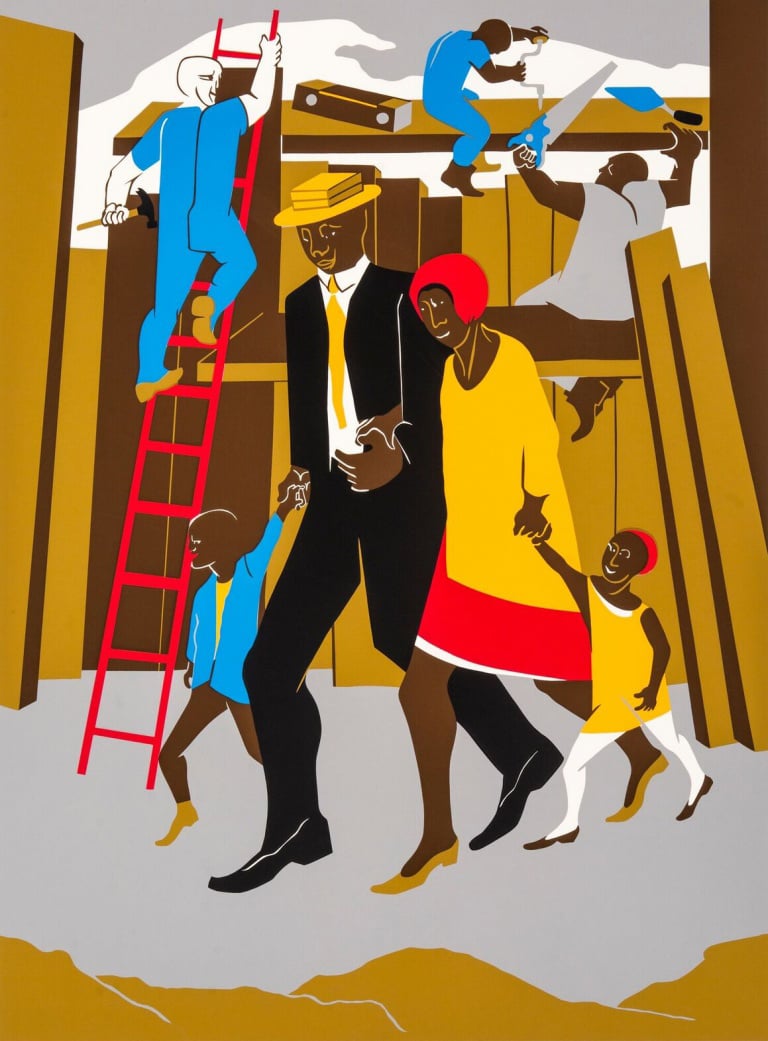 Why does it go on, year after year? Thirty years after the riots that followed the beating of Rodney King, and a half century after the riots following Dr King’s assassination? Decades after the Civil Rights Movement, desegregation, the Great Society, and decades of welfare before that? Even after eight years of an African-American president, it still continues. Everything that was supposed to solve the problem achieved nothing. Black Americans are still living in poverty, crime, and substance abuse—plus the resentment that erupts regularly with anguished but improbable cries of “racism.”

But radicals and looters are not the only ones weaving narratives. What alternative have conservatives provided? If not “racism,” then what? Perhaps some inherent deficiency in the African and other “people of color,” as the opposite fringe wants us to believe? By ignoring the reality, we thus close off all explanations but the most polarizing and extreme.

But something else does account for it. We know very well the reasons for chronic poverty and violence in the African-American communities. We know why substance abuse and truancy and prostitution seem endemic and insoluble. We know why young black men continue murdering one another at rates far higher than anyone else is murdering them. In short, we know very well why the police are so heavily present in African-American neighborhoods in the first place. And we also know why young people of all races reject constructive solutions in favor of mob violence, desecration of symbols, and inflammatory, but implausible denunciations of “racism.” For deep down everyone knows that—after decades of social programs and self-flagellation by virtue-signaling whites—racism has nothing to do with it. We know the truth, but we cannot bring ourselves to face it.

Everyone knows full-well that the deeper cause is family dissolution and the open-ended proliferation of single-parent homes. The social science is unanimous and irrefutable. Single-parenthood accounts for every social pathology afflicting black and others communities—not race, not poverty: single parenthood. This is now too well established to require further argument. And yet no action follows.

One columnist at a major conservative daily sheepishly calls this “the hot potato that no politician wants to handle,” before changing the subject.

And no, this does not come from impersonal forces beyond our control. Still less are black men “abandoning” their children. So we can eliminate that self-serving falsehood (invoked by both left and right) that rationalizes our continued inaction.

It is we and very specific policies we pay for that are perpetrating this. The very government measures that we pretend offer a solution are in reality precisely the problem: welfare programs that make fathers redundant and marginalize them from their families, plus social work agencies and family courts that evict them altogether, then in effect loot, enslave, and incarcerate them. This poison will further destabilize Western society until we summon the courage to confront it.

It is time to dismantle the mad excesses of the welfare state and its ever-proliferating hydra heads and tentacles: to give black boys and girls the right to have fathers and black men the right to raise their own children without obstruction by social workers, family court judges, lawyers, and feminist ideologues. And it would cost nothing financially (politically it is another matter). On the contrary, no measure would do more to return us to solvency.

The welfare system is not simply wasteful. It is government’s engine for creating problems for itself to solve. It is money spent to turn children into criminals, addicts, drop-outs, and rioters—precisely the problems that rationalize still more government programs, government spending, and government power.

Why can no one say this? Why do conservatives cede the moral high ground to radical extremists? Why do Republicans forfeit the political advantage they could reap by forthrightly confronting this? The breakdown of the black family illustrates every conservative principle they profess: the critical social role of the family; the counterproductivity of government social programs; the futility of bankrupting ourselves to salve guilty consciences, perhaps above all the danger of radical ideologies like socialism and feminism, that create the very problems that rationalize their extremism.

It is not enough to demonstrate that George Floyd’s death was an aberration, that racial violence is not endemic among the police, that white men are as likely to suffer police violence as black men (in fact more). More is needed: a positive, constructive response that addresses the underlying problem. For until we provide the right response to the misery and degradation of the black community, others will continue providing the wrong one.

“Why are the Minneapolis police in black neighborhoods?” asks Heather MacDonald. “Because that`s where violent crime is happening . . . and the breakdown of the black family that drives it.”  But MacDonald’s Manhattan Institute, that specializes in urban social science, ignores the problem that she herself identifies as the cause.

MacDonald is likewise correct that my colleagues in academia are propagating a narrative of racial victimology, while failing to apply their talents to identifying the real problem. “No college leader denounced the violence,” she writes (perhaps because “the academic diversity bureaucracy has now been given a whole new excuse for existence”). But are the conservative colleges (or the scholars who populate them) any better? Why are they missing this opportunity to vindicate their existence as an alternative voice, with all their academic “rigor,” “family values,” fiscal responsibility, Judeo-Christian learning, and the other platitudes that could now be shown to have some tangible value?

One reason alone leads conservatives to pull their punches: what the late Phyllis Schlafly identified as fear of the feminists—the same fear that enables @MeToo to wreak such havoc in our politics, workplaces, and households, to perpetrate knowingly false rape accusations on campus, and further ostracize black fathers from their homes with similarly dishonest hysteria over “domestic violence.”

In fact, if we are wondering why American police seem so brutal, we might consider who is pressuring them to be so. In The Prison and the Gallows, Marie Gottschalk identifies the most authoritarian pressure group in American politics as “the women’s movement,” consistently at the forefront of “pushing for more enhanced policing powers”: “Women’s groups and the women’s movement became a vanguard of . . . law-and-order politics,” she writes. In addition to promoting single motherhood and connected policies like welfare and “no-fault” divorce that, by breaking down families, created more crime in the usual sense, feminists also devised a panoply of new gender crimes whose principal casualties quickly became black men. It was feminists who increased both criminality and criminalization. “Nearly every state enacted legislation designed to make it easier to convict and punish people [i.e., black men] accused of sexual assault or domestic violence.”

Gottschalk accepts the standard line that criminality is driven by “racial disparities, racial discrimination, and institutional racism,” but her own account demonstrates that it was neither racism nor poverty but welfare that created an African-American criminal class: “In the 1920s [after decades of segregation laws], fewer than one in three prisoners were black. By the late 1980s [after decades of welfare], for the first time in US history the majority of prisoners were black.”

This is the dynamic now being taken to the next stage by Black Lives Matter. It is no accident that BLM was founded by radicalized women and its manifesto is devoted as much to sexual as to racial radicalism, promising “to dismantle cisgender privilege” and “disrupt the Western-prescribed nuclear family structure”. Yet conservatives prefer kicking the dead dog of Marxism, which does not fight back.

If we want truly justified outrage, perhaps we could start talking about this.