Curse of Cain and other alphabet poems 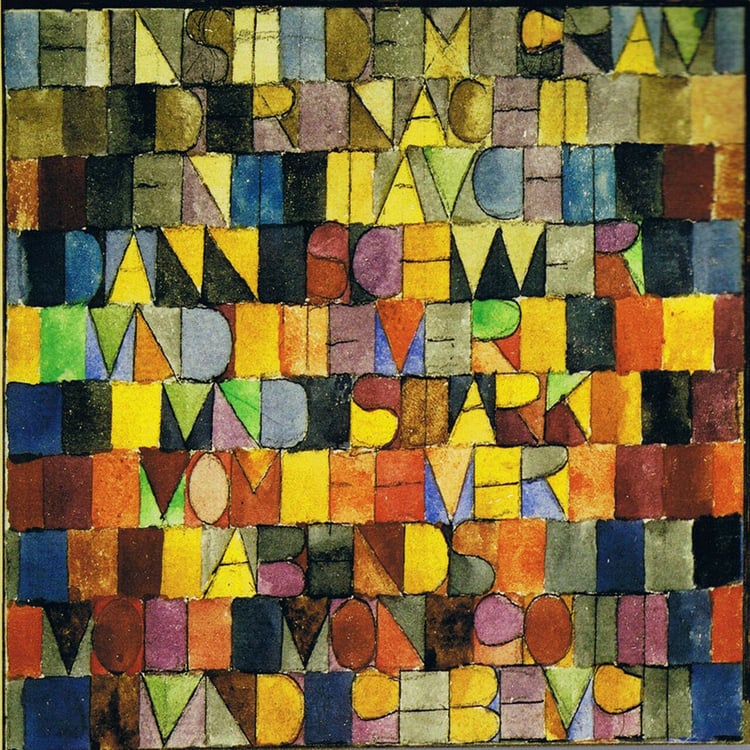 The q: Curse of Cain

The q was punished by a visitation
And torment other letters never knew.
Alone among the alphabetic nation
Behind him always stood a watching u.

No matter where he went the u would follow—
This curse would haunt him everywhere he’d go!
The u was there, a cause of constant sorrow,
That only he, the q, would ever know.

The c and d: A Chat over the Garden Fence

The d peered down upon the c, his neighbour:
“Old chap,” he said, “you’ve lost your vertical.”
“Although the point I wouldn’t wish to labour,”
“My own I’ve found is indispensable.”

The c replied he’d never really liked his:
“It got,” he muttered crossly, “in the way.”
“And so, although it’s really not your business,”
“I tossed it in the rubbish yesterday!”

How the b became the h

The p awoke and found himself the b,
But that was not the end of all this woe.
For no one can escape their destiny,
And fate was poised to strike a further blow.

The order of the letters quickly changed
And into outer darkness b was hurled.
And from the q eternally estranged,
The bottom fell forever from his world.

The a and the o: Disappointing Conversationalists

The a, the others know, is hard of hearing:
Addressing her, she always answers “Eh?”
They try a little more but end up swearing,
Then can’t remember what they had to say.

The o, alas, is hardly an improvement:
No matter what they say, he answers “Oh!”
And as this neither long provides amusement,
They shake their heads and find they have to go!