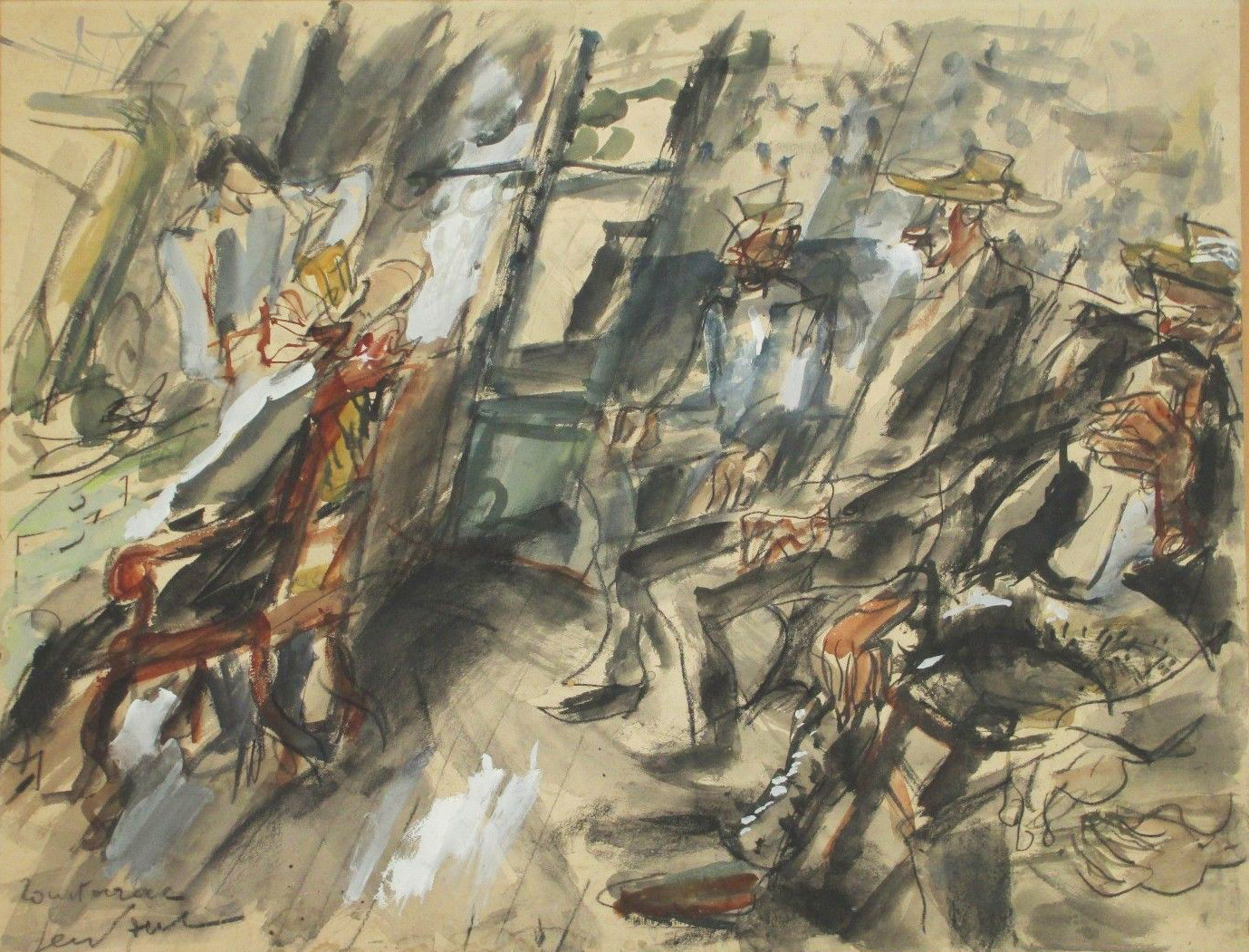 Dali and his wife came to Calcutta. We got a babysitter. Mari showed him the popcorn, the chocolate candy, and the remote. We drove into the village to Cyclops’ Restaurant.

There were candles lit, and throngs of people sitting around bottles of wine.

“Excuse me,” Dali said to the waiter. “We want to sit on the verandah.”

“Sir, I have one table left, and it’s inside.” There was a tone in the waiter’s voice.

Dali said, “There are tables near the windows.”

Babysitters, reservations. The waiter, a balding specimen with a handlebar moustache, looked like he could have taken on Hulk Hogan. The shiny gold buttons on his red coat rattled. Was he on steroids? Dali acquiesced.

“Dali,” I said, “There are bound to be mosquitoes outside.”

Dali gazed intently at the aquarium behind the bar. Neon tetras darted back and forth. In the center of the aquarium a giant octopus did water ballet.

“It’s a first-time babysitter. What if Falstaff drinks poison?”

The waiter put bread in a basket and set it on the table with a bowl of butter patties. I took a piece of bread and spread butter.

“What’s most important is our baby,” Herculeana said brightly. “How is our baby?” She asked Mari. She touched Mari’s tummy.

Dali looked like he was about to redirect traffic.

Dali said to his wife. “Herky, waiter thinks he tell us where sit.”

Herculeana said, “Dali, it is not personal.”

We had been gone about thirty minutes.

Mari asked for the phone. “Joshua?”

A few minutes after asking a number of questions Mari closed the phone, relieved. An hour later Dali paid the bill. He left no tip. I left a five-dollar tip under a dish.

We went out to the car. I held Mari’s hand.

“Love you,” I whispered.

“I’m thinking about Falstaff,” she whispered.

Herculeana swiveled as if it was a barber’s chair. She began to make her claw hands dance as they sang La Cucaracha.

“I am diverting you,” she said.

Spotting a restaurant on the side of the road I said to Dali, “Could you pull over?”

I ran into the bathroom and threw up. I got back in the car and told Dali to turn this rig around. Mari called Joshua. Joshua was playing with Falstaff. They played patty cakes.

I drove Joshua home and paid him.

“What an abnormal evening,” I muttered, getting back.

I kept quiet. I was afraid her hands would click again. Was the tension in my stomach psychosomatic? I tried breathing exercises and felt the muscles in my stomach relax and the intestines begin to relinquish their kinks. The clock ticked eleven.

Dali jumped up and said, “Me to bed! Sleepy time!”

Mari was checking on the kid so I was left alone with Herculeana.

“Norm,” Herculeana began. “You are Lutheran and I am Baptist. I have only Dali. Due to reproductive technology, I can have a child. We are rich and you are poor, but I want you to experience my emotional richness.”

Herculeana wasn’t winning beauty prizes. I tried to squint to hide my disgust.

While the rest of the family slept, I crept downstairs and stared with one eye through a tiny hole in the wall feeling like a Cyclops. Through the aperture, I saw Dali dancing in a circle around Herculeana.

Read more in New English Review:
• The Scam
• Ars Poetica & The Poem Addresses its Own Translator
• The Object of My Love

Bake me a baby fast as you can.

Shape it, frame it, fill it with glee,

Dali said, “Listen. Soon we will get the white baby, and then, happiness! The multicultural coven of witches said if we sacrificed a pure white baby your health would return!”

There was the breathing of a wolf. I pulled away from the peephole, replaced the patch, and hurried upstairs to tell Mari. She was asleep. I decided not to wake her.