It is immoral not to recognize reality. 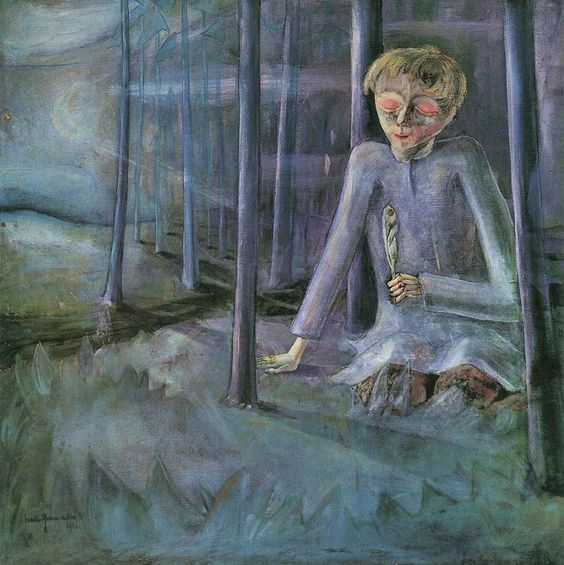 British science fiction writer Arthur C. Clarke proposed that “any sufficiently advanced technology is indistinguishable from magic.” I would also submit that whatever does not recognize reality is also magic, but of a devilish kind. And of these, ideologies would qualify.

Ideologies naturally abjure reality. They are the refutation of reality. They deny expressions of reality and deny disinterested inquiry. Ideologies are pitched as revelations regarding reality through which to improve the imperfect world, to create a more moral world. Yet, it must be immoral not to recognize reality, as “You cannot improve something you do not understand.”—Marian Tupy

But to expand, reality includes no revelations. Revelations are something humans have. Whatever reality is, it likely has no idea that we even exist. (Unless God exists and then . . . what a game changer.) So to think of reality as a thing which we paint through our awareness, is the essence of narcissism. In truth,

“The (ideological) system imprisons us within a self-consciousness limited by the ideas it imposes, presenting as truths what are actually disguised points of view. Under a system of domination, the real significance of any assertion is disclosed by asking not “Is it true?’” but “What interest does it serve”.”—David Guaspari in a review of Alien Powers: The Pure Theory of Ideology by Kenneth Minogue

This observation fits quite neatly within Critical Theory’s separating of the human drama into opponents: the oppressor and the oppressed. This current onrushing ideology creates strange bedfellows everywhere, as who in the crowd would not vouchsafe compatibility with a tyrant?

It’s come as a great awakening that the ‘social justice’ crowd and the corporate world have unexpectedly found such harmony. But it’s one of those realizations that ‘clicks’ like a jigsaw puzzle piece fitting into place once one realizes the hallmark of dark magic is its ‘compatibilities’ – which is something one might expect after considering the implications of all reality being relative. For example, what differences really are there between safe places and the corporate maxim, “the customer is always right”?

Visions at the End of Life
Whatever Did You Mean By That?

Our lives become like businesses with not
much to discuss beyond well-oiled routine,
what must be done and unanimity with the future.

We prepare again for what has been to be repeated,
shore up our resources, check and re-check
our dreams: a child, a wife, a house a car.
So far, so good. Now check the oil and coolant.

Our tea leaves are our everyday words,
to be read and re-read, once the tea’s been drunk.
“Whatever did you mean by that?”

It’s a tradition with sci fi movies of catastrophe by alien invasion of one sort or another, that all of our normal methods of combat (especially those of the hidebound arrogant military) prove useless and in fact, those actions often feed the very creatures we seek to destroy. This holds but for a small band of heroes who persevere to uncover the monsters’ one vulnerability which will take these monsters and all their minions down with one quick administration. In the first Sci Fi of this sort I remember seeing as a youngster, The Day of the Triffids, it was seawater which proved to be their vulnerability. In the latest movie of this sort I watched just a few nights ago—a comedy, Evolution —the monster’s vulnerability was Head and Shoulders shampoo with selenium. (Product placement takes a big step forward.)

Currently, as all civilization reels before ‘woke’ culture, all of our usual weapons likewise refuse to repel it. The frustration is nearly tactile among pundits and writers as historical lessons, common reason and the facts on the ground bounce off their slogans like ping pong balls shot at an Abrams tank run by a toddler. It’s a madcap experience, thinking nowadays. If those masterfully researched and reasoned articles by Victor David Hanson or the columns and essays of Roger Kimball are of no effect, what possible argument of mine could be of any effect either? The conservative intelligentsia must feel likewise, as the jarring impotence of all their writings as I mentally thumb them feels nearly tactile. It’s as if our opposition is under a spell which has strategically detached them from reality—since our administered reality seems to be no corrective. Pitching (or hurling) reality at them seems of no use. The Woke bray constantly of progress, social justice and morality when in fact, to my mind, ignoring reality might reckon as the highest injustice, as “You cannot improve something you do not understand.” —Marian Tupy

These are tough streams of words
a lot of knowledge, rafts of facts.

The mind flits past lives, scholarship, knowledge, even husbandry . . .
bobbing up to the dappled margin,
in the sparkle and burble of words flowing,
as a solid movement of paragraphs through the printer’s gutter . . .

To snag that big lunker, a hell of a notion!
slipping and weaving between the waving leaves—
lurking in the dim recesses of some forgotten tome . . .

Perhaps the problem in dealing with the Woke is the same as the conundrum in which we search for our lost keys outside of the tent without success—because the light is better there. Perhaps we must enter within the Dark Magic of the Woke’s creation, to discover its purgative—that the battlefield is not on the terrain of clear analysis and reason but within the world of art. We seem to have lost the keys to our Civilization somewhere among where the Dark Arts are practiced. So that the cure might very well lie in that very place which, to be quite frank, Conservatives shy from or allow to God. Conservatives, who vouchsafe the stamp of reality so, have figuratively left the Arts to the demons. And demons will do what demons do.

What’s the solution (in my opinion)?

Conservatives must rekindle their artistic fires and light this demon haunted world, for surely the world has gone medieval. And their brethren within the Main Street bourgeoisie Babbittry must likewise unleash their tolerance for mystery, awe, and inexplicable persuasion. Loosen up. Wander. Treat your local Johnny Appleseed passing through with respect. They’ve had a lot of experiences, and travelled widely. Enjoy them; embrace them. Employ our faith.

Inside of these, I would foster art which acknowledges trade-offs—or as Thomas Sowell says, “There are no solutions, there are only trade-offs; and you try to get the best trade-off you can get, that’s all you can hope for.”

This is the economist’s expression of the fallen world. We must take back the reins from melodrama and Marvel Comics to repeat and replay the human condition. Trade-offs are the nature of the cosmos and so the natural nature of our being. Everything we do will come back to bite us—if only as a mosquito. No blame. Let’s all build our arts around this; chant this until it is no longer news, and society is grounded once again.

Abracadabra
But, until then… nothing.

Where life reigns,
the seasons turn religiously
on Hindu litanies of muddy magic.
With shaky hands,
grayish blues and crystal spectacles,
short dark hair and arched eyebrows,
the reader folds her terror neatly as a past tense
into the book and closes it.

The outside window of glass blocks suggested a prowler,
as the utility room dryer turned monotonously
with a thump, thump, thump!
It’s all Sartre and No Exit.

Uncertainties molt and fly like incredulities
sprinkled throughout existential desperation,
until everyone, everywhere, in every which way
are pretty much swatting.
As when you understand something
the pieces will slip together. But, until then . . .
nothing.

PrevThe Treasure that is Literature: Re-Reading for Self-Discovery
Travels Through 18th-Century BritainNext