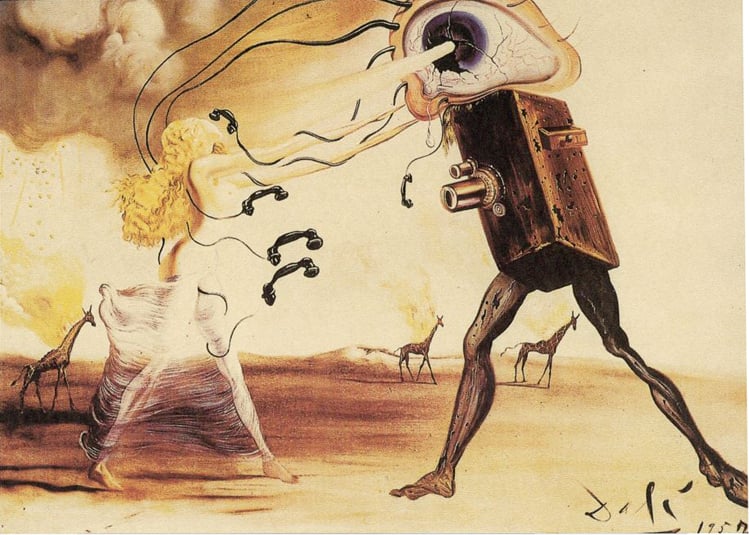 In order to have your voice heard in Washington, you must make some small contribution. —Elon Musk

Donald Trump is a political vampire, now a mythical figure; folk hero to some and an ogre for others. Try as they might, the American establishment, right and left, are unable to put a stake through the political heart of Trump and his populist/nationalist appeal.

The mirth that accompanied Trump’s campaign in 2016 is gone. The man who slew the dragon lady is no longer a punch line. MAGA is now just another rude four letter word, if you were to ask Democrats. For the feminist left, Trump is the vulgar patriarch who quashed the Hillary quest; the second best wet dream, after race, for the identity and intersectional crowd on the American left.

Albeit, the worst of the Hillary fail was irony.

The far left fembot, who would have been a historic first, was subsequently thrown under the diversity bus in 2020 for a family of white male Delaware grifters who put real vice into the office of Vice President. There is more than a little truth to the claims of 2020 election “deniers,” at least to the extent that many partisans were casting votes against Trump, not necessarily casting votes for Joe.

Biden may well be the first default President in American history. Such are the wages of binary politics. No surprise then that a Beltway of statist camp followers and sutlers swirls around Washington, DC like a self-flushing toilet.

At the moment, king maker Trump seems to be an ominous cypher. The Donald is not running for anything in 2022, but he still reigns as rainmaker right of center. Republicans seem to be ecstatic about prospects for Congressional gains in November, but there are several dark clouds on that political horizon.

First is the state of the American deep state which will still be globalist left, partisan to subversive, and assuredly obstructionist after November’s mid-terms. Sober realists must know at this point that the American nomenclatura (Defense, State, and Justice) is now a bedrock Democrat Party, if not neosocialist, constituency. Partisan politics now skews the administration of law and justice from New York to California. Tenured national and urban American political fixtures are woke, broke, felonious, angry—and now chronically vindictive.

Then there is the possibility, in the next two years, that team Biden may drive American foreign and economic policy wagons off a cliff. Democrat Party nuclear and cyber war precedents suggest that team Biden will continue to up the ante with Moscow too, by sponsoring terror, regime change, pipeline sabotage, and the bombing of Russian infrastructure.

Alas, with winter, the Ukraine turkey comes home to roost. Economic/political folly or EMP will put out lights and hearth fires in Europe. It doesn’t seem to matter.

For reasons unknown, with serial escalations, Biden and Brussels seem to be cultivating a nuclear/radioactive off-ramp in Ukraine for the Kremlin. According to the Cassandras, Armageddon is now back on the table after 75 years of shaky but successful “deterrence.” So says Brandon.

Mixing more than a few metaphors; if Europe doesn’t pump the brakes, when the balloon goes up, Brussels not Washington, will be ground zero. Team Biden doesn’t have the backing of the American electorate, yet somehow a subservient EU genuflects before White House foreign policy like geese looking forward to a Christmas roast.

But then again, given what we know about American and EU urban culture, attention spans, and memes; it is possible that any blooming nuclear threat will not be able to compete with the need for Interpol and NATO to police all those personal pronouns and 100 newly minted genders.

The paint never dries on cultural or political stupidity.

Indeed, no matter who owns the House and Senate after the mid-terms, surely media will be focused on creating or aggravating any rift between Donald Trump and Ron DeSantis. National prospects for pragmatists are nil in 2024 without the Trump vote. The next curated political narrative from the American left after November will be Trump/DeSantis fratricide. Legacy media shills like Susan Glasser and Peter Baker are already hustling the “divider’ narrative on CBS’s Face the Nation with yet another literary hatchet job on the Trump presidency.

Trump phobia is a cash cow for the obsessed. When you can’t run on issues, you need to run against a devil. Projection is now the weapon of choice for a very paranoid American and European left. See Katalin Novak or Georgia Meloni.

If Republicans, conservatives, libertarians, and independents take the bait and buy into an internecine war on the American political right, 2024 may be a replay of 2020. Ron DeSantis is no longer a rising star: he has arrived. If Trump gets into a gutter fight with DeSantis, recidivism wins and the perilous, nihilistic, if not suicidal, drift to the dystopian left in America will continue unabated.

Even with half or all of Capitol Hill in hand, pragmatic America can ill afford to blow another presidential election. Trump and DeSantis need to get out in front now by getting on the same page. A Trump/DeSantis one two punch might be ideal, if you crave poetic justice. In this scenario, Desantis plays apprentice for Trump’s second four years, then Ron runs on his own in 2028.

Draining the swamp, after all, is a job that requires a modicum of political consistency. Albeit, two alpha dogs on the same ticket might be too much ego and testosterone in one duet. However, there’s no shortage of distaff talent in the “bullpen” to run with either candidate.

Whilst loath to admit it, conservatives have a yen for intersectionality (nee real women), and here the sidekick possibilities are abundant. Nikki Halley, Marsha Blackburn, Kari Lake, Laura Ingham, Candace Owen, Kellyanne Conway among others come to mind immediately. No second bananas here. All are intelligent, articulate, and courageous. Unlike Hillary, all are attractive and congenial too, with style sensibilities that transcend Mao’s pantsuit. 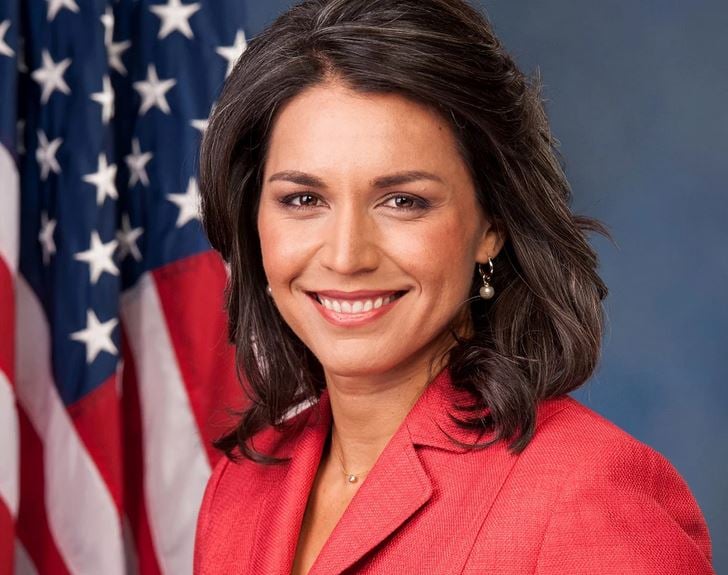 Politics is visibility. Hard to believe that Clinton’s wife lost in 2016 with all those spousal, fashion, and congeniality assets. Mrs. Clinton is living proof that a man’s coattails are never enough to elevate a woman.

The real gem in any future Republican VP sweeps is Tulsi Gabbard; whahini, surfer, former congresswoman, independent thinker, military officer, ethnic mutt, former Democrat, fashion plate and photogenic to a fault. Politics is the definitive spectator sport after all. Gabbard is golden because she is the antithesis of frumpy, socialist, humorless Stepford wives like Hillary, Lizzie, and Richard, now Rachel Levine. Yes, Rachel used to be a Dick.

If Tulsi were a slot machine, her jackpot would be three tomatoes accompanied by a wolf whistle. Gabbard touches more bases than a plate umpire. She admits to being a wife and woman. If ever there is to be a genuine intersectional ticket asset, Gabbard is on it.

Underlining her moxie, Tulsi is one of few American politicians of any ilk to express any reservations against yet another feckless proxy war with the Kremlin. Larding her luau, Gabbard just called out the Democrat Party as a “woke” joke.

The center-right political bench in America today is as deep as it has ever been. All prospects wilt if Trump and DeSantis don’t reach some kind of rapprochement and agreed strategic vision for Republican Party futures long before the 2024 primaries. As a bonus, between Trump and DeSantis, party mandarins can set the stage to insure that America’s first female president will be a lady; proud to be a real woman, not some vacuous sexually ambiguous wokester.

Get on with it, gentlemen.

G. Murphy Donovan writes about the politics of national security. In the interest of full disclosure, the author admits that he used to live in Hawaii, arguably his best years, where aloha and the likes of Gabbard flourish like plumeria.