Discrimination Against Women in Sports has Gone Full Circle 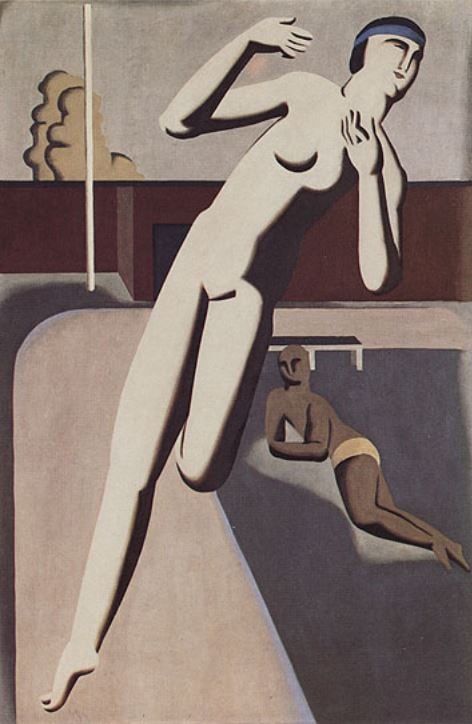 The 1928 Olympics had five women’s events; women were considered to be too frail for long distance events, and it was not until 1984 that women achieved Olympic equality, with the inclusion of the Marathon.

But in recent years there have been allegations of a different kind of discrimination. When transgender weightlifter Laurel Hubbard was selected to represent New Zealand in weightlifting at the recent Tokyo Olympics, an issue that had previously been smouldering, was set alight. Hubbard, a biological male who self-identified as female, had post-puberty transitioned and began competing as a woman, winning gold at the 2017 Australian Open weightlifting championships in Melbourne. Hubbard’s win was criticised, some competitors saying the competition was unfair.

Such complaints gained ground with the publication of the report “Faster, higher, stronger: the biological and ethical challenges to including transgender athletes in women’s sports”. It presented evidence that biological males have significant advantages over biological females; males are taller, have longer bones and wider shoulders, lower body fat and higher muscle mass, larger hearts and lungs, and higher levels of haemoglobin.

All this is undisputed, and is the reason for separate male and female sports. No one argues that it would be fair to have biological men competing against biological women in physically demanding sports. The question is this: is it fair for biological men identifying as women who have reduced their testosterone levels to 10 nanomoles per litre, to compete fairly against biological women? In other words, do such biological males lose all the physical advantages they have acquired when they passed through puberty?

Two academic reviews in leading sports journals have definitively answered this question. Both studied changes in muscle and skeletal physiology in transwomen who had, post-pubertally, suppressed testosterone as part of their transition from males to transgender women.

Longitudinal studies examining the effects of testosterone suppression on muscle mass and strength in transgender women consistently show very modest changes, where the loss of lean body mass, muscle area and strength typically amounts to approximately 5% after 12 months of treatment. Thus, the muscular advantage enjoyed by transgender women is only minimally reduced when testosterone is suppressed. Sports organizations should consider this evidence when reassessing current policies regarding participation of transgender women in the female category of sport.

The other, in the British Journal of Sports Medicine Vol 55, Issue 15, by Joanna Harper et al, reviewed 24 existing studies, drew a similar conclusion.

This should have brought the issue to an end, but it seems that in gender politics, evidence doesn’t count. In the UK, ITVs Good Morning, Britain on 4th March 2020, Piers Morgan interviewed scientist and athlete Joanna Harper, and broadcaster and transgender India Willoughby. Morgan asked Harper: should Usain Bolt be allowed to compete against biological females if he were to transition to undergo the necessary testosterone reduction treatment prior to transitioning? Harper replied that Bolt should be allowed:

In case you think this misleadingly unrepresentative of transgender politics, on April 30, 2020, the American Civil Liberties Union (ACLU) published a document headed “Four Myths About Trans Athletes, Debunked.” The document states the following as ‘facts,’ each purporting to be a rebuttal of a ‘myth’:

These are not facts, they are opinions. One of the ‘myths’ quoted was that

Sex is binary, apparent at birth, and identifiable through singular biological characteristics.

It seems that to the ACLU, it is a myth that half the new-born babies have a penis and the other half have a vagina. Either that, or they don’t understand the meaning of the word ‘binary’.

Finally, the world governing body of competitive swimming (FINA), recently decided to ban transgender women from competing in women’s events. The vote was decisive: of the 274 national delegates, 196 (71.5%) supported the policy, 42 (15%) were against, while 36 abstained.

The decision has been welcomed by many, most especially biologically female swimmers.

In anticipation of activist blowback, the policy included proposals for an open competition category, for which a new working group will investigate the most effective ways to set up this new category.

Recognising the conflict, FINA President Husain Al-Musallam said: “we have to protect the rights of our athletes to compete, but we also have to protect competitive fairness at our events, especially the women’s category at FINA competitions. The creation of an open category will mean that everybody has the opportunity to compete at an elite level.”

Martin Hanson was born and educated in the UK and emigrated to New Zealand in the 1970s where he taught biology for over 30 years. He is the author of a number of school textbooks.