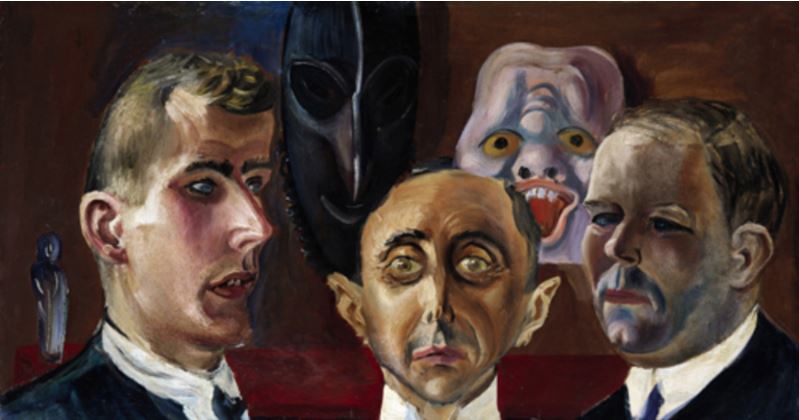 The ability to set the final definition of a phrase or even a single word often determines the success or failure of a thought or a political practice. Totalitarian forms of governing are noted for the use of this tool. Freedom, for instance, was redefined in 1984: freedom is slavery.

A recent National Review article, “In Defense of Cancel Culture,” redefined that term by saying all cultures involve the cancellation of certain behaviors and the individuals engaged in such behaviors. The three examples that the article rather strangely chose were people who go naked in public, racists, and wife-beaters. There are laws that deal in some way with these three behaviors, but two of them are far from valid examples of the subjects used by the current cancel culture.

The article’s author goes on to argue political conservatives should not pretend to condemn all such canceling of behaviors and individuals by claiming a false neutrality. Instead conservatives should factually and rationally defend their positions and when possible strongly cancel out their opponents.

This is a redefining because conservatives (in a very loose sense) now have no role in the cancel culture except to serve as victims. To question this single role is to display an abysmal misunderstanding of the modern age.

In contrast to what was written in National Review, a piece titled “A Composer Condemned Arson. Now No One Will Hire Him” from the journal Reason provides a clear description of what cancel culture really means. To go beyond the title is almost unnecessary. When a successful young musician saw protesters vandalizing and attempting to destroy property, he closed his various messaging accounts by writing, “Enjoy burning it all down, you well-intentioned, blind people. I’m done.” What he wrote is so brief that grasping his meaning is not difficult: the protesters’ goals are of value, but their tactics are self-defeating. After this he began receiving very hostile comments: his rhetoric concerning the protests, that is to say his 11-word statement, was unacceptable and his music would not be used until an apology was made. Within 24 hours the company involved in publishing the individual, now being widely denounced as a racist, demanded that he sign an apology which they had written for him. When he refused on principal, the company announced that they would no longer publish his music. Also, local choral directors refused to deal with him because of the controversy.

This loss of freedom of speech and subsequent attempts at punishment because of perceived prejudice have been common practices for some time. “Stop Firing the Innocent,” an article from The Atlantic from June of 2020, gave three examples of the innocents who suffered from the fanaticism of their woke adversaries. A man on his way home from work was photographed accidentally making a gesture associated with racial supremacy; he lost his job. A data analyst for a consulting firm also lost his employment; his offense was apparently citing a study in a prominent publication involving racial demonstrations and their influence on elections. The third example was a successful catering business which collapsed after it was discovered that the owner’s daughter, a company employee, had made racist comments years before.

The history of the cancel culture is at least in part the history of attacking traditional values. If the composer, who actually favored the protest movement as it was portrayed, had said that the circumstances were so severe that vandalizing and destroying property were justified, his life would not have been disrupted. The vandals and the destroyers themselves are very seldom even punished by the legal authorities for their violence.

There are countless incidents of individuals, supported by the narrators, making vicious statements and suffering no adverse consequences. As just one example, there is the minister who opened her prayer in a collection of essays with the statement “Dear God, please help me to hate white people.” The minister is also a clinical psychologist and university instructor. The essay collection was described by Library Journal as “inspiring” and that each entry is “a meditative gift.” Reviewers’ endorsements of this hateful prayer probably far outnumbered those who condemned it as racist hatred. The leading religious figures are unlikely to condemn the woman’s bigotry; even less likely is that a university administrator or a publisher would be concerned.

For the time being, true conservatives or traditionalists have no recourse but to suffer from the hateful statements and behavior to which they are subjected. This is because they have no meaningful influence in organized religion, the universities, the publishing industry, the reporting of what occurs within the country, or any other important aspect of the country’s life. Even perhaps less important aspects are equally woke: the Audubon Society and the Sierra Club (both of which have few racial minority members) are eager to convict their founders, Audubon and John Muir, for racial prejudice.

In saying conservatives or traditionalists have no effective response to being condemned, it becomes more apparent that the cancel culture goes far beyond harassing only individuals. Involvement with individuals is just a starting point. Critical race theory illustrates this perfectly in contending that an entire group through their privilege is responsible for the difficulties and problems of others.

Beyond the level of the individual, cancel culture intends to destroy America’s heritage and history. If a lecturer at a university attempts to endorse the country’s founders, obstruct the lecture so it cannot be given. Then accuse the founders of racism or some other wrongdoing. Eventually replace them entirely. If virtually nothing favorable can be said about the first 40 or so presidents, claiming that some current politicians from the extreme left are outstanding is made much easier. If all members of the old majority were inhumane, there is the promise of the new majority of approved minorities bringing equity, kindness, and all other good things.

Understanding cancel culture must include at least two thoughts. A cancel culture is one in which anything previously accepted might be rejected. The composer was considered a talented musician, but he now must be rejected. The naturalist was considered an important influence in sustaining our environment, but now he must be shunned. To cite the example of the day, the American flag was a recognized and honored symbol, but now it must be replaced. Secondly, and very importantly, when enough of these individual cultural segments are changed, the whole of the culture must be considered changed.

The cancel culture is not caused by the strength of its advocates but by the weakness of its opponents. These opponents, especially the accepted and promoted conservatives, have a weakness of spirit. They know what must be done, but their response, for whatever reason, is muted and uncertain.