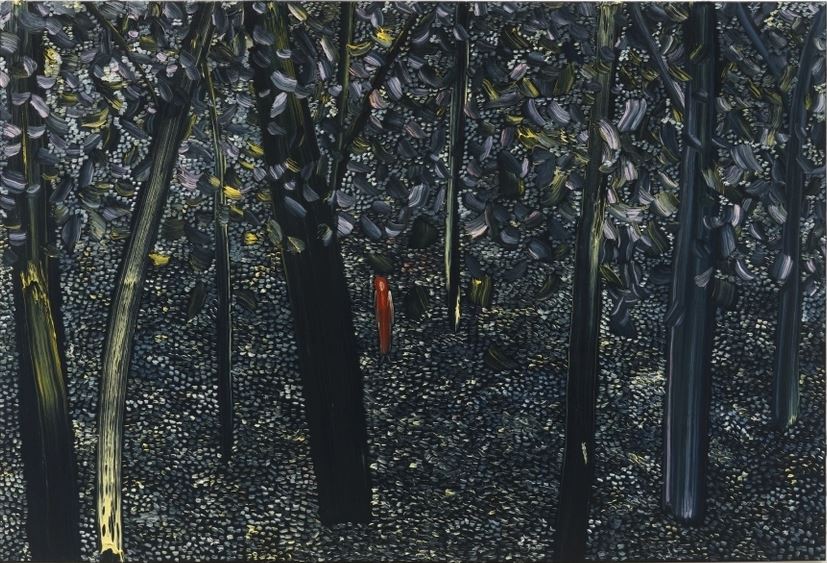 How often have the experiments, whether they be medical, scientific, social, or fictional, grown up to destroy their progenitors? The pedigree is long and winding.  Ancient Greek myth and literature have a fair share of such deeds, some of which may have derived from older Babylonian sources. Here, for example, is part of a monologue from Aeschylus’s Agamemnon. The chorus of old men declares:

So a man once reared a lion cub …
A captivating pet for the young,
and the old men adored it, pampered it
in their arms, day in, day out,
like an infant just born.
Its eyes on fire, little beggar …
But it came of age
and the parent strain broke out
and it paid its breeders back.
(Bold added. Translation by Robert Fagels.)

The ancients knew a thing or two about such generational difficulties ‘Crooked-scheming Kronos’ revolted against his father, Uranus, and then Kronos himself, perhaps to avoid a similar attack of patricide, cleverly and rather optimistically gobbled up all his sons except Zeus who had been whisked off by his mother to a hidden cave on the island of Crete.

When Zeus grew to adulthood he continued the cycle by deposing and banishing his father.

Some of this tendency seeped into Greek theater. Sometimes patricide was inadvertent, and therefore fated to occur, as in the myth of Oedipus. Then, Agamemnon’s son, a vengeful Orestes, does away with his mother, Clytemnestra. Orestes goes a trifle mad and is then pursued by the furies, the Erinyes, until eventually some kind of stasis is reached: very Hegelian.

Perhaps the most well-worn historical example of this tendency of the revolution to eat its own is the much-savored end of Robespierre during the coup d’etat of 9 Thermidor; the lion cubs grew up and ate those who had fostered them. The man who had spread so much of the French fervor, getting guillotined himself. Famously, William Wordsworth, previously an unthinking and fervent admirer of events on the other side of The Channel became ecstatic when he was told of Robespierre’s demise; some people can gain wisdom.

Great was my transport, deep my gratitude
To everlasting Justice.

Literary expressions of this tendency of offspring to destroy their creators are not uncommon, especially in the science-fiction genre. Stevenson’s Dr Jekyll ended up becoming a cropper along with several innocent Londoners after his experiments go awry. John Wyndham’s The Day of the Triffids explores the consequences of nerd-made disaster on a much grander scale. Here, plant-breeding experiments turn out to be a big mistake, since the triffids destroy most of human life on the planet. One could say literally that ‘they paid their breeders back.’

Another early work of this genre was published by H G Wells’s as Food of the Gods. This novel is also a lesson in the unforeseen consequences of tampering with nature. I imagine that Chinese scientists and their controllers (and their helpers in other lands who might have been expected to know better) had not familiarized themselves with this lesser-known work by a perceptive, sometimes prophetic, fabian. Or perhaps, just perhaps, they had read this and other science fantasies and thought they’d like to try something like that. After all, fact nowadays seems to follow dystopian fiction as is becoming clear now that Huxley’s and Orwell’s imagined futures loom large in the appetites of the radical left.

Some more realist fiction deals with the obsessive nature of creativity. For example, in Balzacs’ Quest for the Absolute, the protagonist, Balthazar Claes, tries and tries again to create through alchemy a philosophers stone, ‘the absolute.’ Such had been the goal of alchemists of several centuries previously. Success in this endeavor would have enabled them to create silver or gold or even immortality out of base materials. In Balzac’s novel, the protagonist’s repeated attempts end in failure and lead to his own demise. Each time his experiments are on the verge of yielding him the absolute, and each time the prospect is more glorious than before. Claes dies degraded and insanely certain that success this time is within his grasp. Here, it is the obsessive nature of a man now bereft of balanced reason that leads to his own destruction.

Such dedication to digging a deeper hole sounds much like the attempts of true believers to create something that can never be. Eventually, those who try get devoured by their own creation, and some get sidelined by history as cranks of the first order; they excuse their repeated failures with the conviction that their next attempt will spawn success. This is well exemplified by undergraduates at any so-called Ivy League University. Surprise! Many of these academic ‘one-percenters’ will tell you that socialism has never been tried. Yes, really.

The professoriate at these institutions dedicate much of their well-paid tenures to breeding or processing youngsters. These adult men and women (and other genders, we are told) coddle their wards in their metaphorical arms, just like newborn infants. But like baby lions (their eyes on fire, these little beggars), nature has other ideas.

And ditto those innocents of Europe brainwashed into submissiveness by the outpourings of a seventh century war lord and pals; they are often the first to be physically cancelled by their favored invitees. They may live long enough to be subject to the consequences of their blind obsessions, and the elites themselves may not avoid being consumed by the conflagration brought about by their own child-like antics. They have indulged in a fantasy of replacing their own infertile populations with a culturally alien seed. And mirabile dictu, these multi-cultural experiments have already led to massive disruptions in the fabric of once settled institutions; whole sections of European cities now serving as a forlorn reminder that it will be no easy task to put the genie back in the bottle. Their eyes on fire, these little beggars.