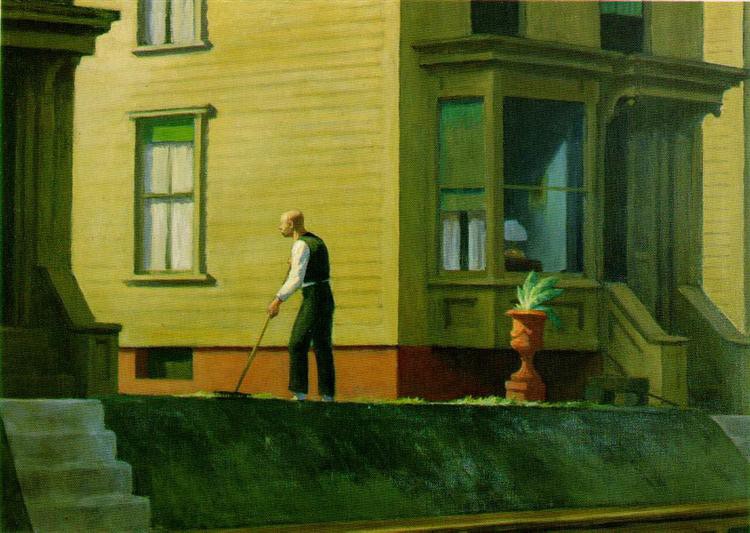 Today is a good day for being with a companion

I couldn’t have agreed more after
being all by myself for the last few days,
my wife off on a short trip visiting
our daughter and her family,
while I stayed at home, a distance
of three hundred miles away from each other,
a drive too long for her to return home each evening.
Now gone for two days, and not scheduled
to return for another two days.
Yes, today would have been a good
day to be with a companion,
only that moment would have
to wait for a few more days,
until we would be together again,
doing some of the things in our daily life,
together as a couple.
In the meantime,
I continue a part of my daily routine,
only alone.

A friend will soon be calling on you for help

It made me wonder what the call would be about?
Would it be about solving a math problem, but that
seemed highly unlikely since it had been years since I had

been in school and had done any math problems, other than
figuring out if a cashier had returned the correct change back,
and I didn’t think I would be helping someone in moving,

considering my youthfulness had entered another time dimension,
and my muscles were not as bountiful as a body builder’s,
and then, I wondered if I owed anyone any favors, but none came

to mind, or maybe someone wanted a loan from me thinking
I was King Midas and my pockets were filled with gold.
My best guess was the call would come from

someone from the organization I volunteer
for on a weekly basis, needing my help
for one of their events that had gone unfilled.

As I sat outside as I pondering this question, with
the various possibilities still running around in my head,
I listened to the birds chirping in the trees,

but they were of no help with their advice.
For now, I will just have to wait for that call,
as I am currently out of unreasonable guesses.

You will have good luck in business affairs

It would have been great to have received
this fortune years ago when I was
still in the work force,
when I didn’t have to fight for my job
each time the company went through a merger,
where downsizing the staff was a given when
one or two were no longer required for those doing
similar work, and that someone, once, was me.

Soon, you will receive pleasant news

It was a year too early for the election,
when our next President of the United States
would be chosen,
though it would have been very good news
if the election was over, and no longer did

we have to listen to all the empty promises,
but it was also good that it was going
to be pleasant news, so everyone I knew,
family and friends, would be safe
from injury and safe from death

if that was going to be my news,
but it was five minutes to five,
and in another five minutes
I would be getting off work,
then it would be off to the bar to

celebrate the work day being over,
maybe followed with a trip to
the comedy club where a little
laughter after a long day at work couldn’t hurt.
Finally, something very pleasant to my ears.

Duane Anderson currently lives in La Vista, NE.  He has had poems published in Fine Lines, Cholla Needles, Tipton Poetry Journal, and several other publications. He is the author of  On the Corner of Walk and Don’t Walk, The Blood Drives: One Pint Down, and Conquer the Mountains.

PrevWritten on the Wall
A Sudden BlueNext