Futurism and the Human Person 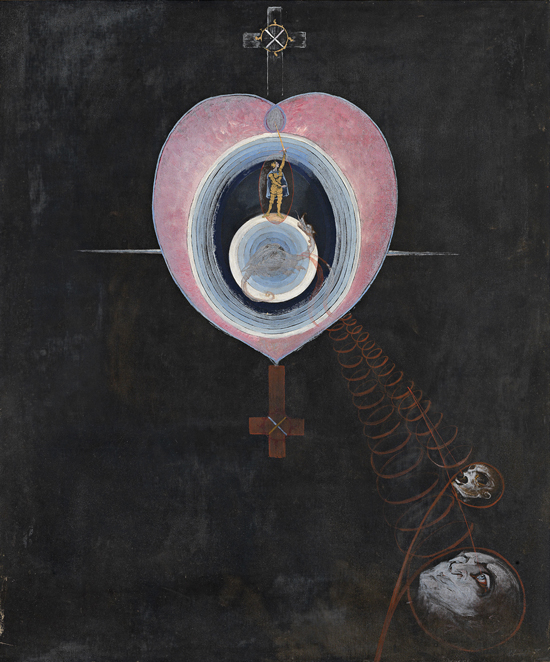 Western civilization developed from the moral, spiritual and cultural toil of visionaries. While the influences of Western civilization are ancient Greece, Rome, and Christendom, the importance of the thought, beliefs, and creation of individual persons serves as its guiding principles and the glue that up till now has maintained its cohesion.

Today Western civilization is threatened by technology and Artificial Intelligence, as much as it has come to be defined by this dual threat to the formation of the human person. The age-old wisdom of prudence suggests that Western man can no longer afford to exchange life-enhancing moral/spiritual values and heritage for the candy-store appeal of timely popular technology.

Throughout much of the twentieth-century, futurists were seen as interesting people. At least, this was true of the non-ideologically radical ones. Behaviorists, eugenicists, and social-engineers have always raised a red flag for intelligent people.

Most futurists employed a child-like quality in their estimation of the value of future machines and technologies. This endeared them to the general culture and made them appear harmless.

Futurists envision a future world where technology is vastly different from the present. Since the present is what we know with any degree of certainty, speculation about the future is often an enticing open-ended activity.

In many respects, today futurism and “consulting” about the future have become a cottage industry. A fine example of this is the people who pose as know-all gurus in Ted Talks. If futurists are gifted at anything, it is the pursuit of a time in the future that, by definition, is removed from the present, especially as far as technology is concerned.

Broadly speaking, imagination—like the capacity for laughter—is a fundamental and distinguishing human trait. Like laughter, imagination is also short-lived.

Of course, futurists do not have a monopoly on imagination —Leonardo Da Vinci, Blake, Poe, Verne, and Borges, among countless other genuine visionaries, are examples of the capacity and range of human imagination.

While we may think of futurists in different ways, we can agree that futurists make it their trade to comment on future societies and technology. Predicting the future can be as harmless as child’s play or ominous and sinister.

Another succinct way of saying this is that futurists are often only concerned with the effects that conditions in future societies will have on standards of living and sociological aspects of highly advanced, technological societies. While their main concern is with society at large, they have little to contribute about what the human person will be like in the future.

It remains a dubious curiosity as to why so many self-described futurists are trained as positivistic psychologists, sociologists, and techno buffs. Broadly speaking, futurists reduce the human person to a mere collective of faceless people.
The one thing that many futurists have in common is that they are ambassadors of philosophical materialism.

We now have over two hundred years of hard evidence about Philosophical Materialism which aims to reduce human existence to mechanical, physical, chemical, and biological processes. This is one reason why many futurists, history shows, have a predilection for social-engineering.

Karl Marx is a fine example of a philosophical materialist futurist who attempted to make man a peon who must be conditioned by the totalitarian state. This form of primitivism, which is disguised as futurism, has dominated social/political discourse since before the Bolshevik takeover of Russia, early in the twentieth-century.

I mention this for the simple reason that speculation as to how man will live in the future is a very different concern altogether than the question: How do we get there?

The first of these concerns turns man into a spectator of technology and victim of the moral/spiritual reality that applied science creates. The latter concern is undoubtedly a vital, existential one that transforms man into a willing automaton participant in the creation of a way of life that collectivizes the human person. The second of these two questions remind us of human fallibility, beings who cannot help but cherish life in the present.

Locating man in a hypothetical future and then imagining how we must adapt to future conditions is akin to imagining an infant at twenty-five years of age, while somehow remaining a babe-in-arms.

This stymied, all-too-pragmatic way of exercising the imagination actually works to discredit the outlandish premises of many futurists. Numerous people who welcome the future uncritically are victims of a myopia that develops from moral/spiritual atrophy.

Growing up in the late 1960s and ‘70s, I was fascinated to read magazine articles that depicted the future as existing, in what was to my unsophisticated juvenile mind, a perpetual moving projection of the present, a kind of far-off reality that I imagined I would never come to experience. Yet it was fun to imagine the far-off future.

The future, as conceived by a child, is literally that which never arrives. I thought of the future as being like water running through a sieve. This idea was exciting. My excitement was driven by imagination, and awe and wonder—the hallmark of advanced civilizations, to be sure.

I was thrilled to hear about telephones small enough to be tucked away in a coat pocket, space-age gadgets, and incredible life-saving medical procedures.

Of course, the Apollo missions profoundly roused my imagination. The two Voyager spacecrafts captured my fancy, as they began to send back pictures of the Solar System. I was mesmerized when I saw a picture of Earth and the other planets as dots surrounded by abysmal darkness. These photographs gave me the impetus to realize that my dreams and aspirations were contained in this point-light source.

I recall my parents telling me how they read comics in the 1930s and ‘40s about man one day landing on the moon. These things have all come to pass. To my chagrin as a youngster, these incredible achievements were taking place at the same time I entertained them as a future reality. There is much to be said for the naiveté and noble imagination of children.

By the time I was a teenager I became absorbed by books like Future Shock, described by its author, Alvin Toffler, as a work that explores “too much change in too short a period of time”, and his other best seller The Third Wave. Those books are considered passé in the cultural desert that is Western civilization, circa 2021.

For youngsters not many generations removed from today, the future beckoned.

Civilization and culture were on the cusp of an incredible expansion, we were told that human consciousness was expanding to an unprecedented level. The technology of the future would be like nothing anyone could imagine. The world was being revolutionized in every regard.

AI is what people think about when they imagine the future: machines and technology. AGI is motivated by the sinister goals of transhumanism.

George Orwell warned us in 1984 about a time when the totalitarian state would rule every aspect of human life through technology. In Brave New World, Aldous Huxley predicted that postmodern man would come to embrace and love being oppressed by the state.

Futurists got that much right.

Man was changing, we were assured? How so, I thought?

After spending some time engrossed in books about the future, I began to notice a dearth of information—wisdom—that neglected to understand the future in terms of man’s nature.

Admittedly, the thoughts of futurists pay next to no attention to man’s moral/spiritual longings, aspirations, and existential inquietude. In my twenties, I began to find this aspect of predicting the future troubling and, ultimately, an intellectual cul-de-sac. This led me to reflect on the essence and nature of change in relation to purpose and meaning in human life.

We ought not to forget the seminal importance of purpose and meaning, and aspiration and motivation in human affairs.

Ironically, because of our astounding technological advances, few people today seem to be awed by the technology at their disposition. It escapes most people’s imagination to realize that we are living in the “future.”

Few people in the Western world are any longer astonished by the dizzying speed and quick turnover of our technology. Certainly not young people. A glancing survey of our attitudes toward technology, and life in general, bears this out.

Laser eye surgery, life-saving medical procedures, the one-time promise of the Internet, personal computers, and mood enhancing (or correcting) pills do not seem so impressive in the second decade of the twenty-first century.

We are living in the brave new world of the future. Regrettably, people in Western nations have been conditioned to accept all aspects of the future—moral, spiritual, social-political, and cultural—as alleged progress.

What were once the assiduous aspirations of solitary, dedicated inventors, scientists, and dreamers is now the domain of all. This has always been the case in human history.

Western man has come to expect things to change almost as soon as they take place. Our spiritual malaise and ennui demand it. Today we crave speed for its own sake. What does this convey about our moral/spiritual bankruptcy?

Lost in the glare and temptation of the new, the seduction of the technologically-up-to-date and our hyperactive zest for the attainment of computing devices and gadgets, remains the reality that the creative impulse is an individual enterprise; salvation, the responsibility of each person.

We cannot forget the importance of free will in personhood and the goods that individuals offer society. Increasingly, we conveniently ignore the undeniable role of man as a being capable of self-rule. As the badge of individual persons, the dignity and integrity of free will is increasingly irradicated by the state with the help of technology.

Because technological discoveries and advancement eventually trickle down to all, we conveniently forget how parasitical—please, excuse the existentialist in me—and inauthentic collective human life can be.

Technology often blinds those who define their lives by the temporal novelty of the gadgets at their disposal. Of course, this reveals more about people than it does technology.

What will happen when technology fails to fulfill our technology fetish with the latest fad? What colossal, collective moral meltdown awaits us? Is this the aspect of man that futurists ignore, and the automaton-like behavior they seek to control?

In the twenty-first century, technology serves as the expedient vehicle of choice for censorship, psychological manipulation, biological warfare, and population control for Marxists and other opportunists.

The human person must not be turned over to the purview of futurists.

Western culture developed from the aspirations of visionaries. This is a major contributing reason why the future refuses to be tamed and pigeonholed into predictable schemes that subsume man to the positivistic and sadistic whims of social engineers.