Harper’s Letter: Is This a ‘Decent Left’? 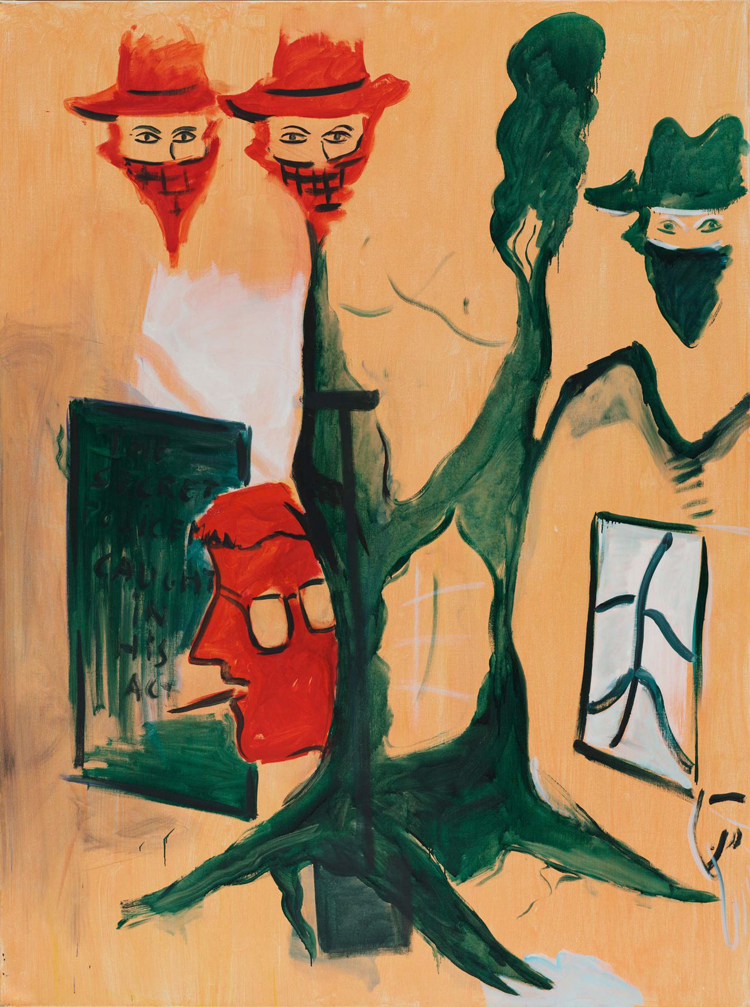 In “A Letter on Justice and Open Debate,” published in Harper’s, the privileged left expresses its distress at the radical children it has (mis)begotten and their current successes at destroying both free expression and the people expressing it. Somewhat awkwardly, it attempts to discipline its wayward offspring with its own exercise in virtue-signaling—less destructive certainly, but not so very different in terms of credibility from the children’s embarrassing antics. Like the rebellious adolescents, it costs the elders nothing to simultaneously claim the righteous high ground while registering their own ideologically correct credentials.

They claim to welcome “a robust and even caustic counter-speech from all quarters,” but of course they welcome no such thing. We know this because nothing of the sort has existed in the universities or other commanding heights of the culture for years. Only when matters get so out-of-hand as to threaten leftists themselves does it come time to speak out.

It all resembles Grigore Alexandrescu’s fable, popularized in Communist Romania as “equality is not for puppies.” The big dogs demand “equality” with larger animals but only for themselves. The little dogs must remember their place.

What precisely is the point of this letter, to whom is it addressed, and what constructive purpose can it serve? No one believes the campus and street radicals will relinquish their newfound power simply because their intellectual betters tell them to. And certainly no one will stand up to them, because the signatories of this letter themselves are not standing up to them now. On the contrary, they use the occasion to heap further opprobrium on the very people being targeted by the militants they claim to be rebuking: ordinary people, intellectually inaudible enough to be identified only as the mindless tools of “right-wing demagogues.” The only possible purpose here is to stake out a position of moral superiority in, simultaneously, liberal and leftist terms.

And what precisely are they objecting to: “intolerance of opposing views,” “public shaming and ostracism,” “the tendency to dissolve complex policy issues in a blinding moral certainty”? Are these the most egregious sins they can identify? We are all guilty of this at times. There is actually nothing wrong with “public shaming and ostracism” if you can make it stick morally. Shaming wrongdoers has a long and honorable history. Along with boycotts and turning one’s back on the morally unacceptable, these provide non-coercive alternatives to inflicting legal punishments. No, these are not the serious offenses. They have trivialized the problem to enhance their moral grandstanding and make it appear courageous.

What ordinary people suffer from the left today (and from the servile right that has succumbed to its pressure and become its accomplice) is another order of magnitude altogether. The problem is not pressure against objectionable views; the problem is marshalling government machinery and using accusations (including knowingly false criminal ones) to destroy people’s livelihoods, lives, and homes and inflict legal punishments amounting to plunder and extending to incarceration. (The statement explicitly puts “a repressive government” and “an intolerant society” on the same moral plane—as if moral disapproval, even misguided, is equivalent to physical repression.)

But you will not hear this in the trite clichés of the elite left. The best they can provide is a short litany of media-salient but relatively minor atrocities:

Editors are fired for running controversial pieces; books are withdrawn for alleged inauthenticity; journalists are barred from writing on certain topics; professors are investigated for quoting works of literature in class; a researcher is fired for circulating a peer-reviewed academic study; and the heads of organizations are ousted for what are sometimes just clumsy mistakes.

Any of these injustices could be quickly righted, provided influential people showed courage enough to risk their own positions. But that is precisely what these people do not do, preferring generalizations that risk nothing.

What comes across glaringly in this pitiably brief missive (addressed to no one) is the cowardice of people who want to be seen as moral so long as it does not cost them anything. It is written by people who have—by posing as defenders of “those who lack power” —ensconced themselves in positions of considerable power and privilege that they do not want to expend on defending the great unwashed.

For if they start defending particular individuals, they might have to defend people like Robert Lopez, fired from the conservative Southwestern Baptist Theological Seminary for dissenting from radical sexual politics. A sexually abused former homosexual with two young children, Lopez has now been ejected from both liberal and conservative institutions. But he will never be romanticized as a martyr for his principles by either side in such a way that would permit him to work ever again in higher education. Lopez is proof that these writers want no “robust” speech on topics that are off limits to criticism, and the sexual left is especially inviolable.

Lopez is far from alone. I can mention him by name because he is one of the few that has not (yet) been placed under a gag order, or a restraining order, or pressured to sign a non-disparagement agreement, or silenced by a mandatory arbitration clause—under any of which non-leftist academics can now end up looted, bankrupted and even imprisoned for telling the truth about their terminations. All these devices can now be used to censor dissent with enforcement by the state machinery, and all are available to both the left and the right. But our defenders of robust speech are less concerned about incarcerations than an “intolerant climate…on all sides.”

On all sides? The “radical right” they vilify are not the ones purging the universities—except when they do so in the service of the radical left.

Defending sexual dissidents like Lopez might also mean defending parents whose children are confiscated by radicalized social workers because of their Christian beliefs. Or students falsely accused of rape. Or fathers falsely accused of domestic violence. Or other ordinary, law-abiding citizens who are expropriated and incarcerated (also without romance and certainly without trial) by the most repressive governmental machinery ever created in the US, before being released on the street, where they constitute the bulk of the homeless. All are the left’s creations and connected to the undeniable fact that the adolescents’ rage, like the self-destructive violence in the African-American community that sparked all this, has little to do with racism or other pre-packaged “isms” and everything to do with the systematic destruction of African-American families by the liberal-left’s own welfare machinery.

The cowardice is acknowledged in their demand to further radicalize (“greater equality and inclusion”) the very professions whose existing radicalization prompts the witch hunts to which they now object, and who avert their eyes from real injustices: “higher education, journalism, philanthropy, and the arts.” (They might have added churches and law firms, including “public interest” ones.) Traditionally among the watchdogs of state power, these are now its lapdogs. Despite being paid and promoted to exercise the vigilance and dissidence that others must perform at much greater risk as private citizens, without organizations to protect them, the professionally learned are apparently exempt from having to demonstrate the courage of scholars like Lopez: “We are already paying the price in greater risk aversion among writers, artists, and journalists who fear for their livelihoods if they depart from the consensus, or even lack sufficient zeal in agreement.” Again, to whom is this letter addressed and who precisely is expected to remedy all this if not these very people—now apparently exempted from their professional responsibilities, that are the corollary to their privilege, by the luxury of “risk aversion”?

Welcome to the world of the unpublishable scholars and writers who have been thrown out of multiple jobs for years, or never got them in the first place, because they refused leftist orthodoxy.

I am especially distressed to see the names of writers whose work I have quoted and admired. (Some, I know, have criticized leftist dogma, and I have paraphrased the critique of one in the title, though others have participated in the purges.) For it confirms the suspicion we all harbor about intellectuals employed in the academies or other state-protected sinecures: not that they sometimes fail to abide by their own principles, but that the principles themselves are empty, if not mercenary. The apparently noble ideals must themselves be protected from any real scrutiny lest they be exposed as optical illusions whose real purpose is to justify mobilizing state power to prey on ordinary people who have no platform to defend themselves. Those of us who have been among their ranks then realize that our own paid positions that we thought were platforms to speak out were really the opposite: bribes to hold our tongues. Vaclav Havel says that “There’s always something suspect about an intellectual on the winning side.” But it may have become worse than that. Given how easily any of us can now lose our paid public platforms for ideological heresy (along with corollary suspicions about how we might have acquired them in the first place), what credibility or authority stands behind anything we say?

__________________________________
Stephen Baskerville, PhD, is the author of The New Politics of Sex: The Sexual Revolution, Civil Liberties and the Growth of Governmental Power (2017) and president of the Inter-American Institute, which aims to provide a venue for writers who have been evicted from the universities and other learned institutions. His website is StephenBaskerville.com.