Hope Not Hate’s 2019 ‘Report’ on the Right & Conservatives 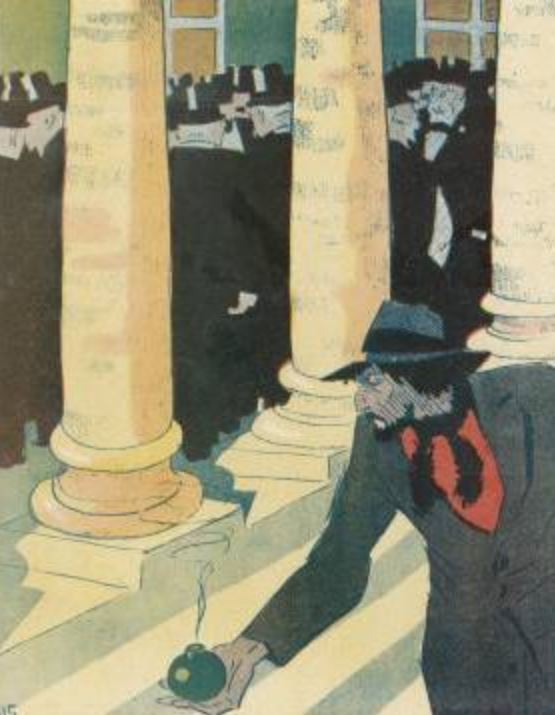 Hope Not Hate (HnH) is a political organisation based in the United Kingdom. It ‘campaigns against racism and fascism‘ and describes itself as a ‘non-partisan, non-sectarian third party organisation’. It is backed by various politicians, celebrities and the Daily Mirror

HNH is funded by charitable trusts, trade unions and individual donations. The group was founded in 2004 by Nick Lowles.

Let’s firstly place a few cards on the table: Hope Not Hate’s report on the ‘far Right’ includes almost (or even literally) every right-wing group and individual outside the Conservative Party—and indeed it even includes ‘reports’ on the Conservative Party itself. It also reports on individual Tories (including William Rees-Mogg, Boris Johnson, Zac Goldsmith, Michael Fabricant, etc.). And now, to add to all that, we also have the many comments this report makes on the Daily Express, Daily Mail, Katie Hopkins, etc.

The report itself is called ‘The People vs the Elite? State of Hate 2019’. It’s subtitle reads:

The most comprehensive guide to what the Far Right has been up to and what to expect from them.

This report is largely written by the academic Dr Joe Mulhall and Nick Lowles. (Joe Mulhall is based Cambridge University’s Institute of Continuing Education.) The report has all the surface glow of an academic text. For a start, it’s classed as a ‘report’. It also has all the stylistic hallmarks of an academic publication—with statistics, graphs, references, notes and other examples of the academic prose style. However, argumentatively and philosophically, it’s often almost politically juvenile. That’s not surprising: all these academic gimmicks are used to simply further Hope Not Hate’s political objectives—objectives it has been pursuing long before it published long reports. That is, political positions Hope Not Hate has been advancing for 15 years (back to 1975 if we include Searchlight). And the main position of HnH is, of course, placing severe restrictions on free speech. (Hence the time it gloated over getting the government to ban Pamela Geller, Robert Spencer and Geert Wilders from the United Kingdom.)

So we have an organisation here which is called Hope Not Hate. That is, an organisation which deals with political hate. Except it doesn’t really. Hope Not Hate deals almost exclusively with right-wing political hate. It has zero to say about leftwing political hate—except for one exception: anti-Semitism within the Left. This is very odd because everyone knows about leftwing hate (whether that’s Antifa, the revolutionary Left or whatever). More relevantly, we also know about Momentum, the fanatical aggressiveness of Corbynites on social media, and John McDonnell’s comments about ‘lynching’, ‘violent uprisings’, ‘days of rage’, the ‘assassination’ of Margaret Thatcher and other examples. And my own personal favourite is the fanatically pro-Corbyn blog, Another Angry Voice. The blogger of AAV, a Thomas G. Clark, seem to permanently foam at the mouth and has a profound hatred of literally everyone to the Right of his great leader—Jeremy Corbyn. So, again, why does Hope Not Hate ignore all this hate?

How can people take a report seriously when it fails to make an obvious and politically clear distinction between the Right (or conservatives) and what it calls the ‘far Right’? Indeed isn’t this blanket fusion of every right-winger under the sun itself a demonstration of Hope Not Hate’s very own leftwing extremism? That is, this inability to make such distinctions (though Hope Not Hate feigns political subtlety) is itself a reason to suspect this report—at least in some/many respects.

It’s true that there are many distinctions made within the report. However, they’re all distinctions between different elements within what Hope Not Hate takes to be the Far Right; not between the Right (or conservatives) and the Far Right. So we have all sorts of categories which are dissected by the Hope Not Hate scalpel—from ‘Alt-Lite’ to ‘Nazi Satanists’! However, even Jacob Rees-Mogg, the Traditional Britain Movement, etc. are given the usual conspiratorial once-over; usually by linking (that cheap omnipresent political tool) Tories or conservatives to people who aren’t Tories or conservatives. (This is ironic when seen in the context of HnH’s sub-report on far Right ‘conspiracy theories’.) This is, of course, an easy game to play. After all, the current Opposition Party (i.e., Jeremy Corbyn’s Labour Party) can easily be linked to the Communist Party of Britain, the Stop the War Coalition, Momentum, the Alliance for Workers Liberty, etc. Indeed Corbyn himself has even been linked to Hamas, Hezbollah, Iran and the IRA. So perhaps Hope Not Hate should spend more time on a political party that may gain state power (as Marxists put it) in the very near future than it does on Nazi/fascist groups which in some cases only have about 100 or less members!

Having said all that, Hope Not Hate has moved on from its old communist/Marxist period of Searchlight and the early days of Hope Not Hate. Hope Not Hate is more subtle nowadays. That is, Hope Not Hate is far less ideologically fanatical and rigid than, say, Unite Against Fascism and any of the other ‘anti-racist’ offshoots of the Socialist Workers Party (such as Stand Up To Racism). Indeed this report also includes sections on Islamic extremism, antisemitism in the Labour Party and whatnot (which Trotskyist ‘anti-racist’ groups would never do). What it doesn’t have a report on, however, is Far Left ‘populism’ (for example, Corbynism); though, no doubt, Hope Not Hate would say that such a topic is simply out of its own ambit. So why is that so?

Now bear in mind here the title of Hope Not Hate’s report: The People vs the Elite. This ties into the point that all forms of populism are seen in such suspicious terms by Hope Not Hate. Yes, this is all very ironic when one considers the views of Nick Lowles (Hope Not Hate’s Chief Executive) and many of Hope Not Hate’s other leaders/academics and supporters who have a Far Left background in which a hatred of (right-wing/conservative) ‘elitism’ was embedded into their political positions. So is this a case of the following?

Indeed isn’t Hope Not Hate itself populist? For example, many supporters and leaders of Hope Not Hate have it in for the ‘elitism’ of William Rees-Mogg at the very same time as supporting the elitism of the European Union. What’s more, these two things fuse in the Hope Not Hate mindset. That is, all criticisms of the EU’s very own “elitism” are condemned as “populism” by Hope Not Hate and indeed by many other people on the Left. So here again we have this:

Read More in New English Review:
• Disbelief About Belief: Secular Academics and Religious Fundamentalists
• The Beatles and the Dark Side of the Road
• Beauty and the Nature of Matter: The Legacy of Christopher Alexander

One big problem with Hope Not Hate’s report, and Hope Not Hate generally, is that it uses terms such as ‘conspiracy theory’, ‘populism’, ‘Islamophobia’, etc. without defending its usages or even explaining them. (It does quickly define ‘far Right’ in one section.) That is, they brand x and y with these political buzzwords—and that’s literally that!

For example, I’m highly suspicious of most conspiracy theories myself. However, those theories need to be tackled and, not only that, it’s indeed the case that some of these theories contain at least some truth. In addition, what about Hope Not Hate’s very own conspiracies about the ‘far Right’; who or what is ‘far Right’; and its gross exaggerations of the political power of the far Right? The HnH website itself has an overall ambiance of deep conspiracy about the far Right and indeed and almost all Conservatives.

Finally, is ‘populism’ automatically a bad thing? It seems not, if that populism is leftwing.