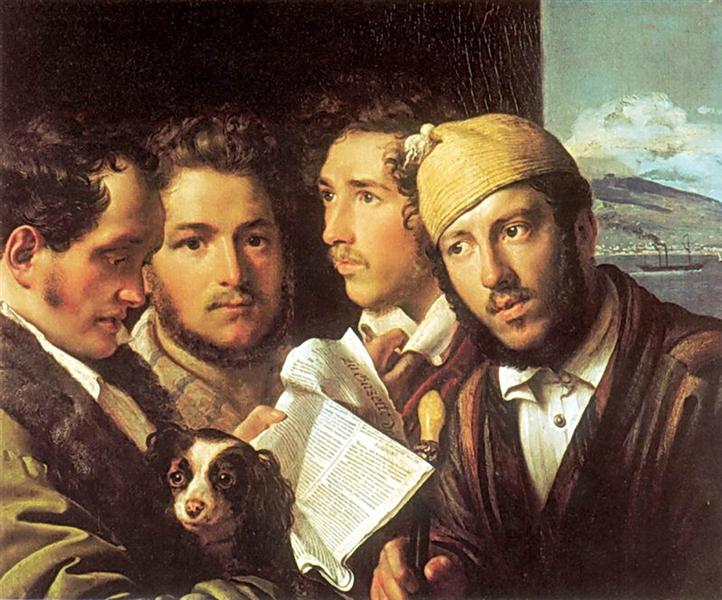 It is clear to most everyone that hypocrisy is now pandemic in this country, but it is not endemic. Hypocrisy and moral/ethical collapse are not built-in to the foundations of the republic though, to some, it might seem so. Regardless of the general understanding of this truth or, more importantly, the lack of it, every generation gets its share.

As the hypocrisy of those whose purpose is to destroy the president, overturn the election of 2016, promulgate a coup d’etat, and drag the country toward a leftist, commie, revolutionary future, becomes more and more obvious, the craven media is a more-than-willing ally in the effort. Lenin described such people as “useful idiots.”

Read more in New English Review:
• Now is Not the Time
• Failing to Confront Iran
• Not Always Man’s Best Friend

This is the core of “fake media”—the false pretense of objective journalism that instead delivers outright lies and bias with a purpose to influence the reader/consumer to support leftist revolutionism and oppose/hate the country and the president. The collapse of journalism in the United States is fundamental to what is happening today because there are now no identifiable sources of objective and trustworthy reporting readily to be found. American journalism is now without integrity or credibility. While such a turn of events is clearly a threat to the country it is not at all new or unprecedented.

With the ongoing diminishment of religion-based morals, ethics, and standards, and the general decline in critical thinking skills, the younger members of our society in particular are hard-pressed to know who and what to believe, and find it challenging to make a determination as to what is right, and what is wrong. The bitterness and hatred exhibited by so many of the revolutionary left is illustrative of an emotional approach to politics and life and not one of rational and critical thought.

The recent re-election of the Democrat governor of Louisiana provides an illustrative example of the failure and hypocrisy of American journalism, as if any examples are any longer necessary. FoxNews claimed in a headline of November 15th that the gubernatorial election in Louisiana was much more than a mere governor’s race: “Trump casts Louisiana vote as impeachment referendum.” To support this headline assertion Fox provides this innocuous statement from the president as evidence and, mind you, the only evidence: “‘You gotta give me a big win please,’ Trump told the crowd. ‘Please.’” The article does not show that Trump linked Louisiana with the fake impeachment debacle, rather simply asking the crowd at a pre-election rally for “a big win.” The obvious purpose of the fake headline is to mislead the reader into believing that the people of Louisiana, in reelecting their incumbent Democrat governor, therefore, also support the impeachment of the president. Sorry, but it’s hogwash.

Local elections are generally not referendums of anything but the candidates in the race regardless of fake news reports to the contrary. Former Speaker of the House Tip O’Neil once said that “all politics is local”—and, when it’s local politics, it usually sure is. There are notable exceptions: the recent victory of pro-Democracy candidates in local Hong Kong elections certainly seems a referendum on the pro-Democracy protests of recent months there. This massive rejection of the communist party by voters in Hong Kong could spell trouble for the totalitarian authorities in Beijing, an outcome they appear fully ready to oppose.

There is perhaps some irony in the fact that while John Adams was the first president to attempt to stifle insults by the press and failed (the Sedition Acts), Jefferson was the first president to hold the press accountable for outright lies, that is, “fake news.” Every American moment of extremism and revolutionism has its own fake news. Journalism as a profession failed consistently throughout our history—our current frustrations with a failed press is nothing new at all. But for people unfamiliar with the details of the past it can be seen as a shocking and disturbing trend without context.

In a first term letter to fellow signer of the Declaration of Independence, Thomas McKean of Delaware, Jefferson wrote that the press “by pushing it’s (sic) licentiousness & it’s lying to such a degree of prostitution as to deprive it of all credit . . . that even the least informed of the people have learnt that nothing in a newspaper is to be believed.” Desirous of restoring the press “to it’s (sic) credibility if possible,” Jefferson “had long thought that a few prosecutions of the most prominent offenders would have a wholesome effect in restoring integrity to the presses.”

Jefferson suggested a good start would be to prosecute the Federalist editor of The Wasp, Harry Croswell, for libeling Jefferson and others. The result was People v Croswell.

Jefferson understood that the purpose of the press-as-watchdog of the republic was incumbent on the perception, both perceived and hopefully merited, that journalism is a profession of integrity and credibility. Once the credibility of the press is destroyed, generally by their own collapse of integrity and false and biased reporting, the important societal functions of the 4th estate are no longer possible.

Having been the victim of savage attacks in the Federalist press throughout the election cycle of 1800 and into his presidency, Jefferson decided to set an example. This goal of eradicating partisanship and lies in the press is an admirable though perhaps impossible goal—the failure of the press is an endless unresolved challenge. It is unresolvable because the profession itself will not mandate standards and enforce them overrun as it is by partisanship and, in our era, hatred and revolutionism. While there are exceptions to this unpleasant truth, the mainstream press is in a depraved, partisan, hyperbolic state entirely destructive of its purpose.

Alexander Hamilton famously defended the accused Federalist editor (pro bono, too), arguing for several hours to the court that statements by a journalist, though clearly biased and opinionated, could not be criminal if truthful/factual. According to accounts of Hamilton’s eloquent performance in the courtroom there wasn’t a dry eye in the room. That the accused was neither convicted nor acquitted is a matter for legal historians to parse, but the mission of the trial—to “teach the press a lesson”—failed.

That the hypocrisy and failure of the press should be aggressively challenged by Thomas Jefferson—who correctly recognized loss of credibility and integrity in that profession as a direct threat to the republic—should not be so surprising even considering what you will read below. Calling out others for their ethical and moral failings is not as difficult as correcting our own.

All of this leftist, partisan-driven fake news hypocrisy now so commonly endured by the people—not only the consequence of the failure of American journalism and American education—has consequences. The consequences of hypocrisy whether intended or accidental can have far-reaching repercussions.

In a challenging letter of July 31, 1814, Edward Coles, secretary to then president James Madison, tentatively wrote to his friend, former president Thomas Jefferson opening, “I never took up my pen with more hesitation or felt more embarrassment than I now do in addressing you on the subject of this letter.” Though hesitant, Coles quickly got to the point: “My object is to entreat and beseech you to exert your knowledge and influence, in devising, and getting into operation, some plan for the gradual emancipation of Slavery.”

Jefferson had been critical of slavery in his one book Notes on the State of Virginia, referring to it as “this great political and moral evil” and had attempted to include anti-slavery language in the Declaration of Independence, which had been struck from his drafts. In describing slavery, Jefferson had also written in Notes that “the man must be a prodigy who can retain his manners and morals undepraved by such circumstances.” Jefferson fully understood that the existence of slavery could bring national conflict and even disunion. In a letter to John Holmes of April 22, 1820, Jefferson referred to the controversy around the admission of Missouri (a slave state) to the Union (1821) as a “fire bell in the night.”

Edward Coles was not unreasonable in believing that his call for support and cooperation in ending slavery from one self-declared abolitionist slaveholder to another would be favorably received. To emphasize his seriousness Coles promised Jefferson that he would leave the state of Virginia taking his slaves with him, then emancipate all of them in some northern area.

Coles’s letter was a loaded call for action, a specific, and very personal reminder of Jefferson’s obligations due to his public attacks on slavery.

“This difficult task could be less exceptionably, and more successfully performed by the revered Fathers of all our political and social blessings, than by any succeeding statesmen . . . And it is a duty, as I conceive, that devolves particularly on you . . .” (emphasis mine)

Jefferson’s tepid, unfavorable reply could not have been a pleasant one for Coles. Citing his advancing age (Jefferson had 12 more years to live) and his belief that the people were not yet ready for emancipation, Jefferson dissuaded Coles from leaving the state, and offered no support for his larger plan of working together to end slavery. Coles later became the second governor of Illinois

One can speculate as to the cause of Jefferson’s lack of action in the face of a direct example of moral and ethical courage to fight against a system that Jefferson himself, though a participant and beneficiary of it, had declared “a moral evil.”

Pronouncements of condemnation ought to be followed by something other than involvement in the very thing condemned; this is hypocrisy.

Consider what the near future from 1814 would have looked like if Jefferson had worked with Coles to end slavery—even if they had been unsuccessful. Consider the extraordinary shockwaves that would have spread from Monticello if Jefferson had done as Coles did. Consider the awesome moral power of one person and the consequence of doing, or not doing, what ought to be done at the key moment!

Partisans of Jefferson I hope are not offended and understand that this is not a gratuitous or personally motivated slam on Jefferson—despite his troubling contradictions I love Jefferson and how could I not? Recollecting, analyzing, and discussing the decisions made by people big and small is a way in which we can learn from those decisions. This sort of critical review (in context) of historical persons is fundamental in studying history, if not the very core of it. This illustration of Jefferson and Coles illustrates the point as clear as a fire bell in the night.

We Americans are fully aware of the frauds, biases, and lies of the media so much so that nobody now believes anything journalists say or publish.

This miserable time of crisis and leftist revolutionism in our American national political and cultural journey is overpopulated with hypocrites. Every generation has such people, ours is particularly negatively blessed.

There is cause for a favorable view: hypocrisy is not inherent in the American character or the structure of the government—but hope is. Every generation has people like Edward Coles, a few of them live in Washington, DC.; one of them works in the Oval Office.

PrevA Partisan Pentagon
Too Late for a Conversation with John LukacsNext