In Praise of Charlotte Corday 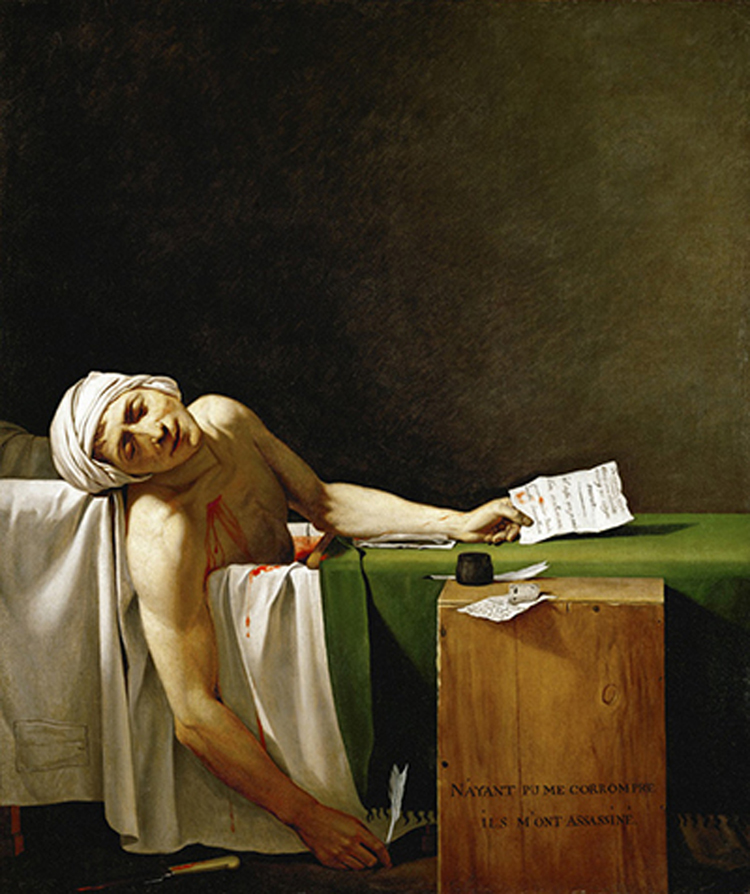 The Death of Marat, Jacques-Louis David, 1793

There are occasions when a woman, no matter how weak and impotent in character she may be in comparison with a man, will yet suddenly become not only harder than any man, but even harder than anything and everything in the world. —Nikolai Gogol, Dead Souls

There are times in life when a woman proves to have more cojones and presence of mind than the men around her who are terrified, or who have panicked. When these rare women show their true mettle, men stand in awe of them.

While there are undoubtedly examples in private life that do not get publicized or fame, there are historical examples. Charlotte Corday is the supreme example of the type of woman I am describing, but there are others. 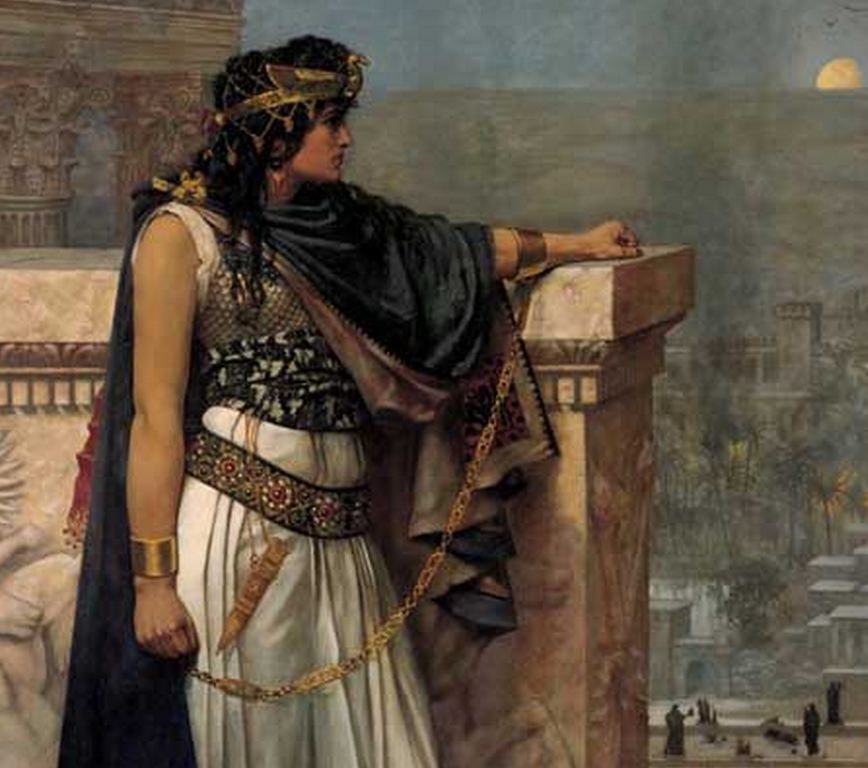 Artemisia. She was a tributary ruler within the Persian Empire. When Xerxes called for his subjects to provide arms for his conquest of Greece, she set out on her personal fleet, even though she had grown sons (history records that she did so because of her desire for fame and adventure). She took part in the naval battle off Euboea, which went badly for the Persian fleet. Later, when a council of war convened on whether to accept battle off Salamis island, now that Athens was occupied by the Persian army, she was the sole one to advice against it saying that the Greeks were superior sailors, but Xerxes went with the majority opinion. Once battle was joined, it was a disaster, with total confusion in the narrow straights, though her ship acquitted herself. Xerxes famously uttered, “My men fight like women and my women like men!” At one point, though, Artemisia became isolated, with an enemy trireme bearing down on her ship. Escape seemed impossible—until she gave the order to advance at full speed into her own line. Artemisia’s ship rammed and sunk an ally (actually, a rival of hers) and was thusly able to escape, now that she had a way out and her pursuer believed that her ship had joined the Greek cause, since it had sunk a Persian ship. Incidentally, the Greeks set a bounty of 10,000 drachmae on her (history records that the solitary reason for the bounty was because she was a woman). 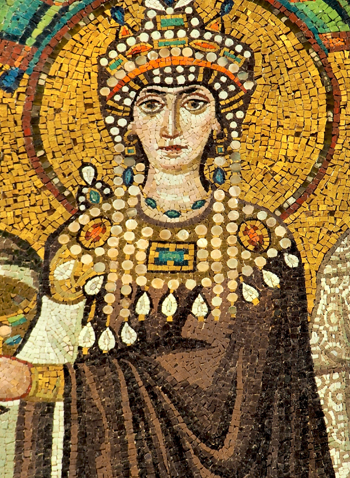 Empress Theodora. Theodora was the wife of Emperor Justinian of the Eastern Roman Empire (or Byzantine Empire). Her early life was described in obscene terms, a common practice at the time with historians who wrote on Roman rulers (Suetonius being the most notorious example). During his reign, Emperor Justinian made her his coruler, obviously impressed by her intelligence.

The hippodrome was next to the imperial palace where the races could be viewed. Disturbances were a common occurrence after the races. In 532 AD, however, two political factions/gangs started a riot there, which spread outside, egged on by corrupt bureaucrats who then proclaimed a new emperor (this sounds familiar). The palace came under siege for five days while other buildings in the city were torched and people were murdered. To make matters worse for Justinian, he had been trying to make peace with Persia.

Justinian and his ministers panicked and began making plans to flee the capital, whereupon Theodora entered the war council and essentially told them to man up. Hearing her, a sober Justinian dispatched loyal troops to the hippodrome and slaughtered thousands of the rioters.

There was no more trouble. 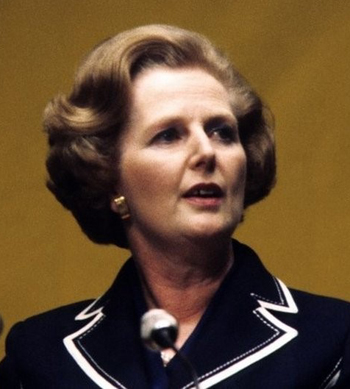 Margaret Thatcher. Thatcher was a research chemist, then a barrister, then entered politics full time. Her tenacity, her intelligence, her direct approach, saying things and citing facts that the left had effectively intimidated their opponents into silence (exactly like today in both the UK, Canada and the US) showed her to have a backbone, all of which the other conservative politicians lacked. A Soviet journalist dubbed her “the Iron Lady” as a pejorative, but one she embraced wholeheartedly. She set about dismantling the Socialist policies which had made Britain come close to bankruptcy, in spite of ferocious agitation against her from Labour and the timidity in her allies. In particularly, she faced off the powerful trade unions which, according to Peter Wright’s Spycatcher (he worked in MI-5), is now known to have taken directions from the Soviet Union to destroy the British economy through endless strikes, even when the rank and file objected.

When Argentina invaded British territory, Thatcher ignored the pleas for appeasement from Labour, from her Cabinet, and from her American and European allies, and sent the British navy to crush the invasion. Which it did. She argued against joining the European Union (but then, much later, Britain joined it after she left office, then much later again adopted Brexit and left it). Eventually, the idiotic men around her got fed up with having a woman over them and talking to them like they were idiots and maneuvered her out of leadership, replacing her with a safe mediocrity. 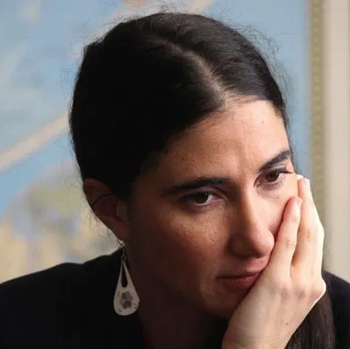 Yoani Sánchez. Sánchez has been a blogger for years. This may not seem like a great achievement or distinction, unless one takes into consideration that she has been posting from inside a ruthless totalitarian country, reporting on both the human rights abuses and the absurdities of the regime, topics that the foreign journalists deliberately overlook. Personal computers are a rarity in Communist Cuba and the only reason there is a connection to the world wide web is because the tourists staying at the apartheid hotels (Cubans are not allowed in, unless they are members of the secret police) insisted on connectivity to the outside world. Many Cuban beaches and hotels were restricted to the Cuban people by the Communist regime in order that the tourists would not hear stories about repression, or starvation, or censorship. Sânchez would either post her blogs through a visiting intermediary, or she would don dresses and wigs to sneak past the guards and use the hotel computers. On one occasion, security men grabbed her into their vehicle and beat her (she is a thin, small woman), stopping only when she cried out, “Just kill me and get it over with!” Later on, when the government restricted the contents of internet messages from Cuba, she relied on foreign visitors to smuggle out her reporting, thanks to flash drives. She was awarded the Ortega y Gasset Prize for Journalism and the Prince Claus Award.

Incidentally, she is not alone in being overlooked by the foreign media that for decades has whitewashed Cuba’s Communist regime. You may have not heard of the Ladies in White. 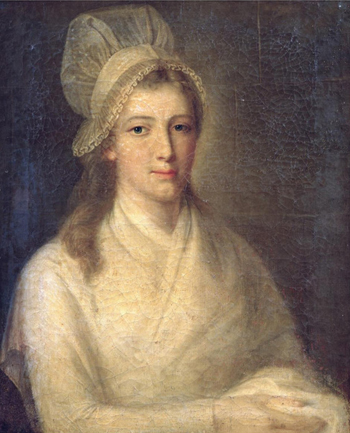 Charlotte Corday. The French Revolution—the spawning ground of modern totalitarianism—went from bad to worse. People were being executed right and left, at the slightest accusation, with or without the use of the guillotine. There was an atmosphere of hysterical hatred. The relatively less radical Girondists were purged by the ultra-radical Jacobins. Paranoia was rampant. Amidst all this confusion, panic and suspicion was a journalist consumed with hatred by the name Jean-Paul Marat, a bony dwarf, who fanned the flames of paranoia and hate through his poisonous newspaper The Friend of the People. He was a prolific writer. In it, he would often print names of supposed counterrevolutionaries throughout France that needed tending to, printing their addresses (i. e., doxing them), which violent mobs would then seek out. He was particularly responsible for the September Massacres. Physically, he was as repulsive as his mind, since he had a skin disease. He would write for hours while in his bathtub. He was the Keith Olbermann of his day.

Corday journeyed to Paris, located Marat’s residence and asked to be admitted to him, claiming to have a list of names of counterrevolutionaries that needed to be executed. Marat eagerly welcomed her to his bath and began to write down the victim’s names, at which point Corday plunged a knife into the fanatic, killing him.

She had no illusions. From the beginning, she knew it was a suicide mission and had earlier mailed a farewell letter to her family. At her trial, she insisted that she had acted alone and was not part of a Girondist conspiracy, explaining her action:  “I knew that Marat was perverting France. I have killed one man to save a hundred thousand.”

“Do you then think that you have assassinated all the Marats?” she was asked.

“Since he is dead then perhaps the others will tremble,” she replied.

Two curious tidbits: before her execution, she requested permission for a painting of her to be made, which was granted. The other tidbit is that the painter Jacques-Louis David who was the art propagandist of both the Revolution and later of Napoleon, painted Marat’s death in one of his gigantic canvases; in it, his skin disease is nowhere represented and, instead, he is portrayed as looking like a normal person.

Armando Simón is a trilingual native of Cuba, a retired forensic psychologist with a degree in history. He is the author of When Evolution Stops, and The U. Another book, Pandemic or No Pandemic I’m Getting Married!! will come out soon. They are all available at Amazon—for now.