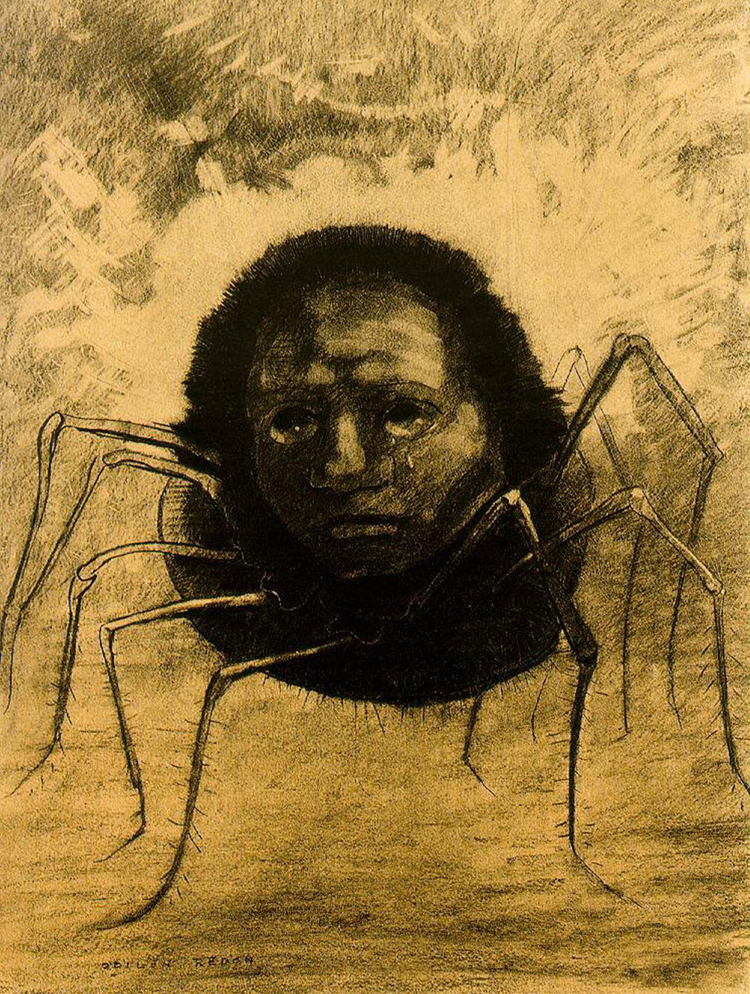 Many years ago, when I was younger and much more self assured than I am today, I met a young man with chronic arachnophobia. Now, nobody likes spiders all that much, not even me, especially the large, hairy, malevolent ones that run under the sofa, but behavioural psychologists have devised successful treatment protocols to help phobics overcome their irrational fears; not always to totally eliminate them, but to be able to manage them, and at least to be able to live with them.

The technique psychologists use is called systematic desensitisation. It works quite simply. In the case of a spider phobia, the phobic subject is first presented with a tiny, dead spider in a jam jar with the lid firmly screwed on. This is shown to the subject at a safe distance, sometimes with a severe arachnophobe from the other side of the room.

Then over a number of sessions the jam jar is brought closer, and eventually the subject handles the jar; and then a few days after that the subject takes the lid off; and again after more desensitisation sessions, the subject tips the little, dead spider out of the jam jar and picks it up.

Over the course of the next few weeks the little dead spider is replaced by a little live spider and the process is repeated; and then with a larger spider still.

Eventually, and it can take a long time, a jam jar containing a one-inch live spider is brought in, and the subject unscrews the lid and allows the live spider to crawl onto his hand.

It is important for arachnophobes to understand that in the UK[*] spiders are harmless (unless you are a fly) beautiful and delicate creatures. They seek safety in dark places and are supremely sensitive to air currents, vibration or fluctuations in temperature .

The trick is to never try to pick a spider up with the fingers, as this risks tearing off a leg. The spider must be carefully cupped within the palms of the hands, totally enclosed, and deposited out of the back door onto a path, or the coal bunker if you have one. The hands can be wafted gently to encourage the desired direction of escape.

Once an arachnophobe has managed to do this half a dozen times, the size of the spider tackled can be increased. But it is important not to run before one can walk. A large spider moves at lightening speed, and it can be alarming if it scuttles up the sleeve of one’s cardigan. Be sure to cup the critter before it has a chance to do that!

How do I know this works? Because I have seen it done.

“I have an uncontrollable dread of spiders,” Sid told me. “I am training to be a plumber, and I get panic attacks if I am asked to crawl under a sink to unblock a pipe.”

“Spiders are delicate and beautiful creatures who are more afraid of you than you are of them,” I trotted out. “Bring me a spider from beneath a sink and I will demonstrate.”

So a few days later Sid turned up with a Kilner jar and put it down on the table in front of me. It contained the biggest, ugliest, most vicious looking spider I had ever seen. It clawed angrily at the inside of the glass jar. I judged its size to be somewhere in the region of four inches, but sweat had broken out on my brow and my pulse had started to quicken, so it’s likely my judgement was off by a half-inch either way.

Sid didn’t waste any time. Before I had a chance to run screaming from the room, he unclipped the lid of the jar and tipped the monstrous brute onto the back of my hand. I felt the gentle tickle of its eight legs as the spider turned this way and that wondering what to do. The spider didn’t sink its fangs into my flesh or squirt venom into my eyes. It pottered to and fro cautiously and, after about eight seconds—which were the longest eight seconds of my entire life, I was able to cup it gently beneath the palm of my free hand before popping it back into the jar.

“Gosh,” said Sid, well impressed. “I could never do that.”

“Well,” I said professionally. “It would be better for you to start with something a little smaller than Sammy here.” (Yes, say something jokey to mask one’s terror.) “You will easily be able to do what I have done, but not with anything this big. Find something tiny.” (I was thinking in the region of one sixteenth of an inch.) “Then you can gradually work your way up to something under the sink.”

I nearly shrieked: ‘Eight million Dollars in CASH, you reckless maniac!’ but I kept well buttoned.

[*] NER readers who would rather be safe than sorry can visit:
https://safarisafricana.com/most-venomous-spiders/
https://www.planetdeadly.com/animals/most-dangerous-spiders