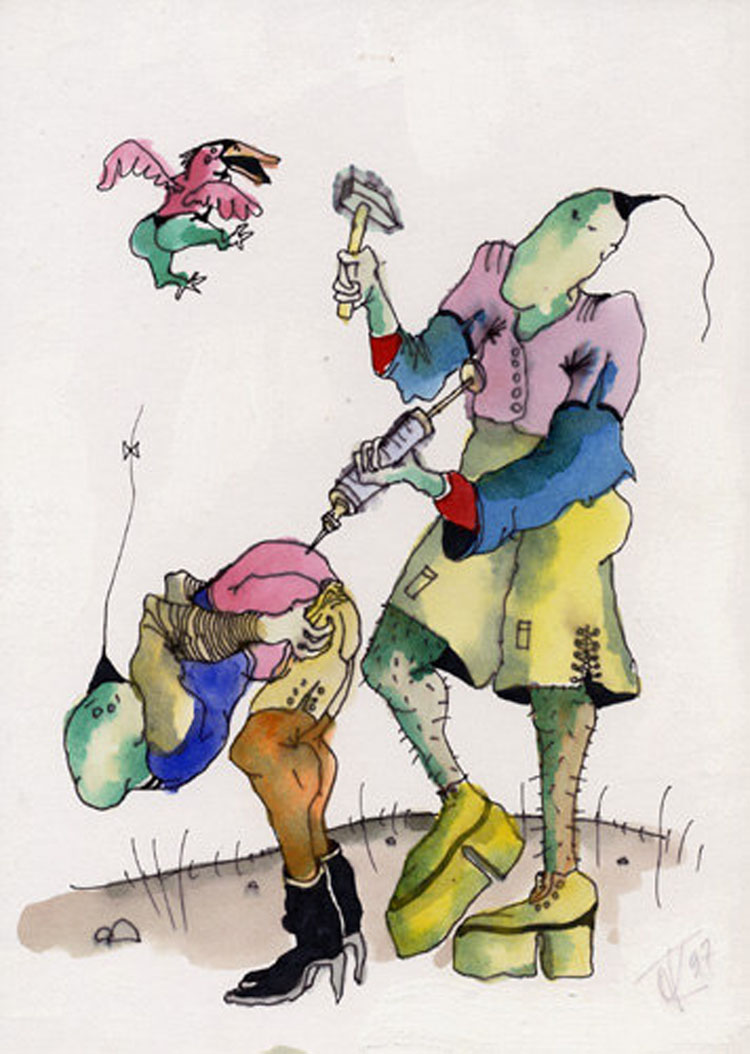 In a famous passage in the preface to his The Early History of Rome, Titus Livy argues that

the study of history is the best medicine for a sick mind; for in history you have a record of the infinite variety of human experience plainly set out for all to se

What did Livy mean by “a sick mind?” Could it be the sickness of desperation we sometimes feel in the face of monstrous events which bubble up with frequency in our own corners of the “State of Denmark?”

Or could he have meant the sickness of those credulous souls whose skewed passions outweigh their ability to reason beneath the surface of their daily dose of Pravda?

If the latter be the case, could serious engagement in a study of history or even of recent times help to penetrate the colonized imaginations of the credentialed elites and their disciples? The spread of historical amnesia combined with the manipulation of the past for ideological ends, is a worrisome trend. The proof of this tendency is that, not only do some people too often spout and believe a lot of socialist twaddle, but also engage in acts of violence, verbal and even physical, when the beliefs and ideas that they screech about are shown to be incorrect. This indicates that the long-drawn-out thought immunizations of childhood, proceeding into early adulthood at tertiary level schooling, has had ruinous effects on civil discourse. For this is a form of immunization: that which prevents or excludes the growth of a discerning mind. If clear thinking is perceived as a dangerous sickness, it has to be immunized against. We all start from a low level of understanding; our cognitive capacities develop gradually over time. As Hannah Arendt put it, “every generation, civilization is invaded by barbarians—we call them ‘children’.” Bolshies and their twitter-imprisoned allies know this and grin malevolently to themselves in the manner of James Bond villains.

What percentage of those immunized through the long gestation of public school indoctrination have failed to develop antibodies against rational thought? In fact, the program of spreading idiocy and thought-failure has not entirely succeeded. Many young adults who graduate from this compulsory instruction do not succumb. Let us say, for the sake of argument, that fifty percent of the youthful vassalage still exhibits signs of skeptical thought at some level, and that by the age of say, twenty-five , the effects of the program have worn off almost completely in half of that group, then the indoctrination program has been only roughly twenty-five percent successful. Of course, this may be an optimistic assessment; but even the seasonal influenza vaccination programs have a higher success rate than that.

According to a report in the Journal of Clinically Infectious Diseases,

The Centers for Disease Control and Prevention recommend that influenza vaccines be taken annually. The Centers for Thought Control and Prevention recommend a daily dose. But these indoctrination institutes (for that is what many have become), often financed by taxpayers, are only partially successful. Those who must be obeyed know this; and that is why the grubby-fingered silicon princes and others of their ilk need to continue spreading forms of censorship and fakery, unremittingly and universally.

Indeed, there exists a kind of centuries-enduring contest between those who wish attempts at rational thought to flourish and those who want to prevent such threats to their swelling fiefdoms. According to Dominique Colas, the French philosopher and historian, Western society has, broadly speaking, been enveloped by two competing, but conjoined, narratives. This antithesis, says Colas, underpins the foundations of our current political visions which have been with us since the early sixteenth century. This is the cultural struggle to which we are witness. On the one side are those who subdue critical thought by their near monopoly of fakery, etherizing the often supine patients on a procrustean table of hogwash (with apologies to Eliot). It is the world anticipated, or perhaps advocated by H.G. Wells in the opening years of the last century. On the other side are those of us who would seek to understand how the globalist class tries to control the narrative and lives of the deplorables, what Wells called the “ill-trained swarms of inferior citizens.”

This theme is adumbrated in James Hogg’s extraordinary novel, The Private Memoirs and Confessions of a Justified Sinner (1824) which provides a cautionary tale of the mental breakdown of the fictional character, Robert Wingham. Under the influence of a devil-like and shape-shifting personage (Gil-Martin) with whom he shares ideological conformity, Wingham’s depravity and final destruction becomes inevitable. As Gil-Martin exults to his acolyte, “Our essences are one, our bodies and spirits . . . united.” But Wingham’s own upbringing under his parents’ antinomian perversion of orthodox Calvinism has laid the foundation of his own susceptibility to the destructive seductions of Gil-Martin. Does this sound familiar? This story can be read as an almost prophetic foretelling of today’s scholastic novitiates under the devil-like and shape-shifting burden of the grinning lefterati.

We have conquered smallpox and rinderpest (a disease affecting cattle and other ruminants).  And despite attempts by some determined followers of the religion of peace in parts of Asia, poliomyelitis has more or less been eradicated. Other diseases succumbing to western medical expertise include something called dracunculiasis and yaws. Even malaria appears to be on the way out, with some optimists claiming complete eradication within twenty years.

Of course, new contagions pop out of the matrix from time to time. Against these we have little or no defense, at least initially. And likewise, new diseases of thought bubble up spasmodically. Who would have believed, even ten years ago, that the gender-proliferation industry would so infect susceptible adults that in some places young children are legally subjected to gender distorting medicaments? Or who would have imagined a generation or two ago, that Europeans would prostrate their continent to the undesirable ministrations of an alien creed, or that some North Americans are keen to follow this fine example?

These strange ideas now proliferate with a fecundity more startling than those of the one hundred and eighty nine species of rhinogradentia, a fictitious creature that uses its snout or nasorium to leap about and perform other improbable functions. These shrew-like mammals are most visible around April 1st each year, but a careful observer can detect their activities in every season, most especially in the higher reaches of academe. According to Gerolf Steiner, their “discoverer,” rhinogradentia filled the ecological niches of a small Pacific archipelago, Hi-yi-yi, beginning as worm-like beings and evolving into herbivores and predators of most unusual morphology. Academic rhinogradentia, of a less fictitious kind, have filled the ecological niches of the western academy in alarming numbers. In these august environs they run around like excitable farm boys with buckets of swill, all the while enforcing their dangerous little-learnings onto unfortunate charges.

In the recent film, Yesterday, the protagonist wakes after an accident to learn that the popular music band, the Beatles, and their music never existed. No one had heard of the group or knew of their music. This plot makes for an enjoyable couple of hours of dramatic irony centered around a peculiar but minor example of historical amnesia. But what if in some alternative reality, Madison and Jefferson and their cerebral progeny (or indeed their European precursors, such as Locke and Montesquieu) had never existed? What lunacy would afflict us? Oh, something not unlike the pustules of stupidity emanating from certain of the Departments of Humanities of our illustrious universities, the rhinogradentia of our time and place.

A Rip van Winkle who fell asleep twenty years ago and woke (no pun intended) up to witness  the fatuities of some of today’s college-level silliness, would flatten his features with constant face-palming. It would be as though the writings of, say, the Founding Fathers, had not been written or heard of, let alone the immense improvements of civil and material life consequent on these ideas. Imagine a screenplay of such a Rip Van Winkle moment, but in which the progressive mindset had achieved the regression it so steadfastly yearns for. The central character, on waking from his lengthy hibernation, would assume that most people were familiar with, for example, the first and second amendments to the US Constitution. The barrage of incredulity and hate leveled against him (or even her) would be the focal point of the script. Perhaps a few brave individuals would believe his words and assume that they had in their midst a philosophical and political genius, since to their mind these incredible formulations were entirely novel. But this would be fiction, right?

PrevLetter from the Loire Valley
An Architect with Aloof DisdainNext