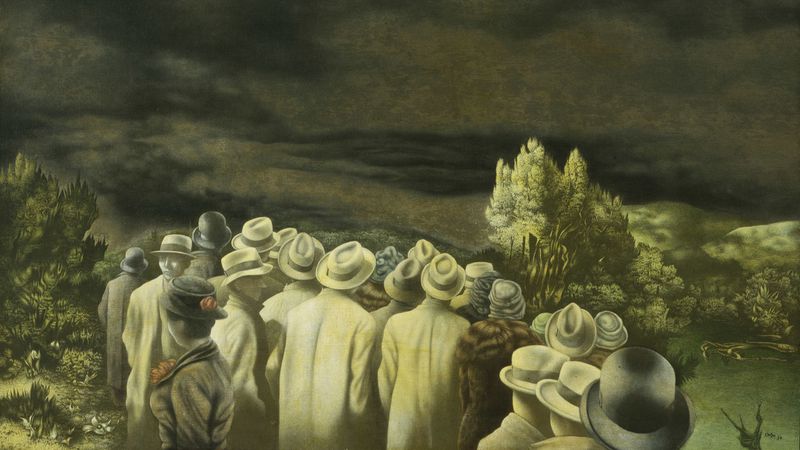 Raskolnikov, in Crime and Punishment, says to the only person with whom he can communicate meaningfully, “I killed a louse, Sonya, a useless vile, pernicious louse.”

Sonya replies: “But that louse was a human being.”

No doubt, most of us can agree with Dostoyevsky that human life has irreducible value: breaking the 6th Commandment is an atrocious crime against the sanctity of human life. But the elderly pawnbroker murdered by Raskolnikov had not devised schemes for ridding the world of the odd billion or so people. As we are learning, some powerful and wealthy individuals seem to want to do exactly that.

What about the destruction of innocent lives that is the inevitable result of modern warfare? Is going to war ever justified?

That is the conundrum discussed at length by Nigel Biggar in In Defence of War. Here, Biggar makes a subtle and detailed argument from a Christian theological point of view that sometimes war is the best option, and that not going to war can be a worse option. This standpoint is, no doubt, controversial and always will be, regardless of whether or not its supporters or detractors are theistically inclined. Warriors and pacifists, like the poor, will always be with us.

Biggar writes that ‘Just war is a hostile response to injustice directed against the agents who cause it.’ Both St Augustine and St Thomas Aquinas argued that ‘belligerent harm’ is justified if the end is to punish a culpable aggressor. For Augustine, ‘it is the injustice of the opposing side that lays on the wise man the duty of waging wars.’

If we argue that war and the consequent killing of innocent people is sometimes just and necessary, perhaps we might extend the argument to encompass the killing of a single human being, especially of those who are ‘vile, pernicious lice’; to let flourish our inner Raskolnikovs, as it were. Biggar glosses Aquinas to say that one may kill an aggressor provided that the aggressor’s death is the natural end or good of self-preservation, and that the violence employed is not disproportionate.

Literary genres from the Knights of the Round Table, through the classic Western up to the Marvel Comics brand seem to concur with this assessment, one which has presumably always been held by most people.

The founder of the Salamancan School, Francisco de Vitoria, and other later Salamancans continued probing these moral issues. Later still, John Milton famously argued in The Tenure of Kings and Magistrates, that a tyrannical ruler should be resisted like any private person who employs unjust force. Such tyrants were like “savage beasts” that could be put down by any person of clear judgment.

An important proponent of justified regicide was the Jesuit priest, Juan de Mariana, one of the last Spanish scholastics, in his work of 1599, De Rege (On Kingship). Here, he expanded older scholastic discussions of tyranny by denouncing ancient rulers, including Julius Caesar and Alexander the Great, for their injustices, and by extension, monarchs of his own day who might ‘violate the laws of religion or who imposed taxes without the people’s consent or who prevented democratic parliament.’ He supported the recent (1588) killing of the French King Henry III by Jacques Clement, a member of the Catholic League. After the assassination of the next French king, Henry IV, Mariana’s book was burned publicly, although apparently the man himself did not suffer unduly.

According to Murray Rothbard, in An Austrian Perspective on the History of Economic Thought, Mariana expanded the scholastic definition of tyranny, and went further than previous thinkers in arguing also that any individual citizen could justly assassinate a tyrant, an action advocated only as a last resort after other peaceable, options had been exhausted. He bravely courted further controversy when his work De Monetae Mutatione (On the Alteration of Money) denounced the Spanish king, Philip III, for his destructive economic policies, especially his debasement of coinage.

Mariana, somewhat surprisingly, flourished into old age despite the absolutist nature of the French and Spanish monarchies. In our enlightened days, of course, such outspoken adversaries of the ruling ideologues are quickly muzzled.

Who are the modern-day tyrants? In our so-called Law and Liberty nations, it is hard to pinpoint exactly those whose destructive impulses most endanger us. Members of the political, academic and media elites engage in reckless, highly destructive behavior, perhaps out of misplaced idealism or a desperate need to control others. As a character in Dickens asserts, “There is a deal of wickedness going about the world, a deal of wickedness.”

But the constitutions of Western nations are in general so designed or evolved that the ‘removal’ of say, a dangerously mistaken leader, would usher in his (or her) immediate constitutional replacement. Get rid of one and another pops up, like the multicephalic Hydra of ancient myth whose breath was poisonous and whose scent was deadly. Even Heracles needed an assistant to rid the world of this creature. In some versions of the story, when one head was chopped off, two would regenerate to fill the gap. Pop! Pop! Just like that.

Interestingly, according to the Marvel Comics Fandom site, ‘Hydra’ is also the name of ‘an authoritarian paramilitary-subversive terrorist organization bent on world domination.’ Well, well.

And for what it’s worth, assassination as a political tool has been attempted, sometimes successfully, on several occasions in the United States alone; but the constitution has remained more or less intact.  The failure of assassination as a political tool may be why Democrats and their supporters have, since Woodrow Wilson at least, resorted also to attempts to undermine the constitution itself. Ann Coulter points out that only one of the many would-be and actual presidential assassins has not been ideologically on the left. That was one John Hinckley who tried to murder Ronald Reagan. Coulter comments, ‘a jury later found Hinckley to be “not guilty by reason of insanity,” which is as good a definition of liberalism as I’ve heard.’

We are all familiar with the armchair opinion which goes something like ‘If only someone had killed Hitler (or Lenin, or Mao, or Stalin or Pol Pot etc.) before they came to power a lot of misery would have been prevented. Of course, we can’t really know the outcome of such hypothetical interventions. And at the time these tyrants were just beginning to sharpen their teeth, few could have known just how savage they would eventually become. And some have been really savage, like for example, Tamerlane the Great. Historians have estimated that this 14th Century patron-of-the-arts and dedicated badmash, was responsible for the killing of approximately 17 million people, about 5% of the world’s population at the time. That is proportionately as many as the number murdered by Mao, Stalin and Hitler combined.

Such passions yet survive. One of our current overlords, the founder of a well-known computer company, and a fully paid-up member of the Lizardman club of dangerously out-of-control billionaires, has much grander aims: in a word, to outperform Tamerlane. ‘Scientists’ have convinced him the planet is getting warmer, and that he can somehow make it cooler.  Yes, really. How far along he is in this endeavor I do not know. Maybe it was just a passing fad and he is now busying himself with some other peculiar strain of silliness, also inspired by the successful tinkering of the fictional Victor Frankenstein. Assuming that he does still plan to go ahead with this tomfoolery, and assuming also that his schemes did lead to cooling the world successfully, the mass starvation that would ensue could make him responsible for the deaths of oh, say, two or three billion people. Presumably he knows that. Not bad for a nerd with no military skills to speak of. And of course, other plutocrats with similar deranged ideas exist.

Are there any brave souls who want to commit ‘Lizardmancide?’ Whoever might forestall this man’s plans, after attempts at moral reasoning with one whose disposition might be impervious to such consideration, could receive the just appreciation of many. Just saying.

Incidentally, during the ice-age scare of the late 1960s and early 70s ‘scientists’ toyed with the idea of heating the planet, something they euphemistically called ‘geo-engineering.’ How this was to be achieved I do not know. In passing though, isn’t it sad, though increasingly necessary, to place scare quotes around the words ‘scientist’ and ‘expert?’ When with added insult, the word ‘government’ is used to modify either of these nouns, sane people start reaching for their anti-indigestion products—or worse. And since we are permitted to create statistics out of thin air, did you know that 97.3% of government ‘scientists’ are probably lying through their teeth or are addicted to junk science? Well, at least a good many of them appear to be charlatans who have dedicated their lives to replacing main-stream journalists in the category of ‘least trusted of all occupations.’

And what if all the Lizardmen were terminated in one fell swoop? We’d have a breathing space until another troupe of tyrants enters the ring, intent on planetary-wide genocide; there exist so many more of these sanctimonious purveyors of fear, loathing and brain washing. And we must remember that history often deceives with ‘whispering ambitions’ in Eliot’s memorable phrase; it does not necessarily cooperate with such human-led interventions; the ‘lean and hungry’ Cassius and Brutus conspiracy against Caesar didn’t exactly usher in a return of the Roman Republic.