Is Solipsism the Weirdest Idea Ever? 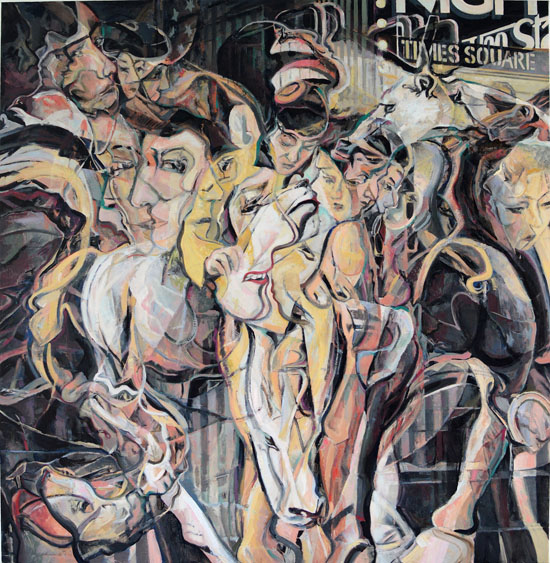 About 10 years ago, I was doing research on the philosopher, George Berkeley. I interviewed a Berkeley scholar who said two of his current students were solipsists (a person who thinks he or she is the only mind that exists). I asked him how he felt being viewed as the figment of a student’s imagination, but he had no answer. I could have also asked him, ‘is it moral to murder a figment of your imagination?’ but I didn’t want to ‘put a paranoid stone in his shoe’ or have him look over his shoulder anytime one of the solipsists entered the classroom.

In reality, there are more than likely no solipsists. The two students that the professor mentioned probably suffer from psychological nihilism. The common definition for this type of psycho-spiritual disease is extreme pessimism and scepticism; a moral relativism accompanied by being repulsed by existence, while having a destructive nature with no loyalties. This corrosive state of mind is often associated with the German philosopher Friedrich Nietzsche, whose writing style and prose were outstanding, despite being Godless, deeply flawed with no system and doomed to failure.

Metaphysical-type Solipsism, as mentioned above, is a philosophical idea that a person thinks that he or she is the only existent thing. In other words, the ‘external world’ and all its contents are figments of ‘your’ imagination. By now you’re probably thinking that solipsism is the weirdest concept in the history of philosophy and theology. But here’s the problem: Try refuting it. There seems to be no way of either proving or disproving that solipsism is true or false, unless one takes a leap of reasonable faith (not blind) and believes in God or that the external world is real and contains other minds.

For George Berkeley, who wasn’t a solipsist but a Christian, everything is in the infinite Mind of God, the creator of us finite beings. In Of The Principles Of Human Understanding, he wrote: ‘It is indeed an opinion strangely prevailing among men that houses, mountains, rivers and in a word, all sensible objects, have an existence, natural or real, distinct from their being perceived by the understanding . . . For what are the aforementioned objects but the things we perceive by sense? And what do we perceive besides our own ideas or sensations? And is it plainly repugnant that anyone of these, or any combination of them, should exist unperceived?’

The difference with someone claiming to be a solipsist, unlike God, is that ‘he/she’ has limited knowledge and power in the inner universe that he/she experiences. Then there’s the question of death. What happens when the solipsist dies? One theory could be he/she is eternal, living life over and over again in an internal, cosmic, repeated loop.

Such a concept of cyclical patterns, but lacking eternity, has its origins in some Eastern philosophies; also, in The Gay Science, Nietzsche wrote about something similar but with eternal recurrence of all events that would mark the ultimate affirmation of life:

What, if some day or night a demon were to steal after you into your loneliest loneliness and say to you: ‘This life as you now live it and have lived it, you will have to live once more and innumerable times more; and there will be nothing new in it, but every pain and every joy and every thought and sigh and everything unutterably small or great in your life will have to return to you, all in the same succession and sequence’ . . . Would you not throw yourself down and gnash your teeth and curse the demon who spoke thus? Or have you once experienced a tremendous moment when you would have answered him: ‘You are a god and never have I heard anything more divine.’

Another spooky aspect of something resembling solipsism is lucid dreaming, which has often happened to me. This strange phenomenon occurs when one ‘wakes up’ in a dream. This is followed by a sense of panic, as the fear of not waking up and being trapped in the dream for days, if not years (a dream-time minute could feel like an awakened-time year). And the question must be asked: If everything in such a dream state seems real, then how does one prove that our ordinary awakened states are also real?

The Taoist parable, attributed to Chinese philosopher Zhuangzi (Chuang-tzu) (369 BC – 286 BC), of the butterfly dream, touches on reality vs. illusion:

Once upon a time, I, Zhuangzi, dreamt I was a butterfly, fluttering hither and thither, to all intents and purposes a butterfly. I was conscious only of my happiness as a butterfly, unaware that I was Zhuangzi. Soon I awakened, and there I was, veritably myself again. Now I do not know whether I was then a man dreaming I was a butterfly, or whether I am now a butterfly, dreaming I am a man. Between a man and a butterfly there is necessarily a distinction. The transition is called the transformation of material things.

This short story ponders on how do we know when we’re dreaming, and when we’re awake. What is real or illusion? Another anecdote was told by the great Christian philosopher Alvin Plantinga, when he gave a lecture in 2011 at the Taylor University, Indiana. According to Dr Jay L. Wile, Plantinga started his talk with a few witticisms.

. . . He talked about the philosophical view called Solipsism, in which one can only be sure that one’s own mind exists. In the most extreme view of Solipsism, the Solipsist is the only real person that exists, and everyone else is simply a construct of the Solipsist’s mind. He said while this might seem silly to many people, it is a serious issue in philosophy. He said that he once met a philosopher who was an extreme Solipsist. He was an elderly man, and everyone in his department took incredibly good care of him. They carried his books and materials when he had to go somewhere, made sure that he ate well, and generally watched out for his well-being. As Dr. Plantinga was leaving the Solipsist’s department, he told someone else in the department how impressed he was that they took such great care of this elderly philosopher. The person replied, ‘We have to take good care of him, because when he goes, we all go!’

Then there was the woman who allegedly said to the philosopher Bertrand Russell, who at the time was a solipsist (paraphrase), ‘Mr Russell, I too am a solipsist, but I wish there was more of us.’

Funny anecdotes aside, the concept of solipsism is quite strange. Think about it: How do we know to be true with 100% certainty that the ‘other’ person has thoughts in his or her head? It seems Truth is the most important question in philosophy. With that in mind, I’ll leave the last words to Jesus when He stood before Pilate: Therefore, Pilate said to Him, ‘So You are a king?’ Jesus answered, ‘You say correctly that I am a king. For this I have been born, and for this I have come into the world, to testify to the truth. Everyone who is of the truth hears My voice.’ Pilate said to Him, ‘What is truth?’ then he quickly left the room (John 18: 37-38).