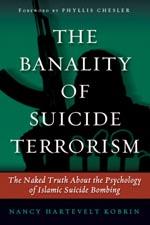 This exploration of Islamic terrorism is focused specifically on the cultural influences that motivate the terrorist. Millions of Muslims lead peaceful lives, so what happens that influences those few who elect to become suicide bombers? We still do not know precisely who will become a terrorist and why, but we can work backwards from the crime scene and surmise its psychodynamics through what it communicates. Where you have a devalued female and an over-idealized mother, as you do in Arab and Muslim culture and where there is a prohibition to separate from the mother, violent problems may ensue—such as murder-suicide.

This book explains Islamic suicide terrorism as displaced rage against the “Early Mother” of childhood because the young mother in these cultures has been so utterly devalued, abused and traumatized as a child that when she becomes a mother—often at a very young age—she is compromised and struggles in her capacity to mother in a completely unsupported environment in which she is further abused. 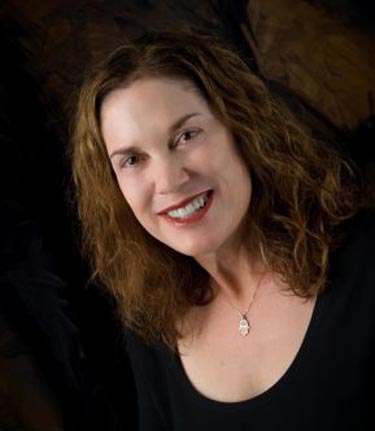 The author has a remarkable psycho-analytical and linguistic background coupled with counter terrorism investigative work that make her eminently qualified to investigate the depths of this paradigm. Dr. Nancy Kobrin is a psychoanalyst with a clinical specialty in trauma. Her Ph.D. is in romance and Semitic languages, specializing in Aljamía, Old Spanish in Arabic script. She did a two volume dissertation on Ahadith Musa. She began to study the perpetrators of terrorist attacks in the early 80s as the truck bombs went off in Lebanon. Residing in Minnesota for many years she was asked to teach Radical Islam to the Sheriff’s Deputies of Hennepin County. She is an expert on the Minnesota Somali diaspora and a graduate of the Human Terrain System program at Leavenworth Kansas and was slated to go into Helmand Province in Afghanistan.

Her book plumbs the depth of the “Early Mother” suicide murder paradigm by applying the construct to explain the behavior of the 9/11 “death pilots,” the motivations of Osama Bin Laden, the psychological depths of Al Qaeda and political serial killing. She also presents suggestions to consider in developing policies to stop Islamic suicide terrorism.

This is a brilliant incisive tour de force that has captured the imagination of prominent psychoanalysts, psychiatrists, and counter-terrorism experts in America and Israel.

Dr. Kobrin uses her considerable skills as a psychoanalyst and as an Arabist to help profile suicide homicide bombers and their handlers [. . .] Bin Laden’s rage is motivated by his early childhood and family dynamics. Dr. Kobrin astounded me when she connected the following dots: bin Laden is still psychologically at war with his father, a builder who renovated the famous Mosques in Mecca, Medina and Jerusalem. Osama bin Laden’s code name for his terrorist attacks on Kenya was known as the Holy Ka’aba (which is in Mecca), and the attack on Tanzania was known as the al-Aqsa (which is in Jerusalem).

Kobrin: In Arab Muslim culture you are never ever permitted to separate from your mother, ever. This means that you are glued to her and she is more important than your wife. It means that you are not permitted to establish your own sense of self, i.e. separate from her. Your wife is ultimately devalued and the upshot is that you harbor unbelievable, disavowed rage toward your mother, in essence one has no real effective father – the father is too busy with his other wives and women.

This creates tremendous ambivalence, on the one hand to want to bond with mother (ummi) and on the other hand at the same time remaining terrified of her, resulting in a confusing sense of identity. Perhaps this is why Muslims struggle so and are always fighting to prove their identity. Proving their existence becomes a more pervasive force than life itself. “I’d rather die by blowing myself up than lose my identity as a Muslim brother.”

When queried about how this construct applied to female suicide terrorists, Kobrin noted:

“Virginity,” she writes, is “the obsession” of Islam. “The fundamentalists seem to be haunted by the female body and neurotically debate which fractions of it should be covered, until they declare the whole thing, from head to toe, a gigantic private part.”

Genital cutting, aimed at preserving virginity, is illegal in many Western countries, including the U.S. and Canada. But reports that daughters of immigrants are still subjected to the life-shattering procedure prompted the American Academy of Pediatrics to suggest a more humane version.

“It’s a slippery slope,” she says, her voice rising in exasperation. “They were inspired by compassion. But they’re creating a situation where parents will come and have their daughters legally nicked then later take them away to be infibulated. (The practice of sewing up most of the vaginal opening.)”

Kobrin also suggests an international ban on burkas for both security and human rights reasons. Young Muslim girls should be raised in safe and secure settings so that they can become successful adults. That requires education. No young girl should live under the threat of honor killing and coercion to become a female suicide bomber.

Foiled suicide bombers should be subjected to intensive reeducation, rehabilitation and monitoring to assure that they do not become dangerous recidivists.

Kobrin also suggests that we should be honest about what is at the core of the Islamic doctrine because it exacerbates globalization of suicide terrorism. As she states:

. . .  because of its totalitarian, authoritarian and grandiose directives which lead to polarity with the Other, meaning us, as non-equals. [. . .] This defensive strategy is a key ingredient in the volatile mix making the combination of factors – the mother factor, the unseverable bond factor, the shaming factor, and others explosively paranoid.
Dr. Shaker Al-Nabusi:

that would prosecute terrorists, as well as people and institutions, primarily religious clerics that incite terrorism.

Muslim girls according to Kobrin should be re-educated to “address the nature of trauma, its treatments, impact on self esteem and literacy.”

Kobrin believes that all children deserve the right to separate from their mother in place of the alleged “unseverable bond” in both Muslim and Hindu cultures as that diminishes the psychological well being of the child. She believes that this is a “key contributing factor to Islamic suicide terrorism when grounded in child-rearing practices based on shaming.”

The Banality of Suicide Terrorism breaks new ground for counterterrorism profiling through cogent presentation of the “early mother psycho-dynamic” operating in the Arab Muslim culture that Nonie Darwish portrayed in her bookThe Kite Runner by Khaled Hosseini) have written about.
However, this pattern of tolerating domestic violence all too frequently happens in expatriate Muslim communities in the West and in well educated families.

I believe that Muslim women have succumbed to none other than a massive Stockholm Syndrome. [ . . .] The syndrome accounts for why many domestic abuse victims do not press charges against their abusers. The Stockholm syndrome on a massive societal basis accounts for why millions of women not only put up with their abuse but also support and champion the very Sharia laws that imprison them inside their homes and inside their hijab.

Given Dr. Kobrin’s penetrating analysis it would appear that in Ms Nishan case she escaped this mental affliction through conversion and great personal courage. However for hundreds of millions of young Muslim men and women in America and across the globe doctrinal Islam is the Stockholm Syndrome writ large.

To help New English Review continue to publish timely and interesting book reviews like this one, please click here.