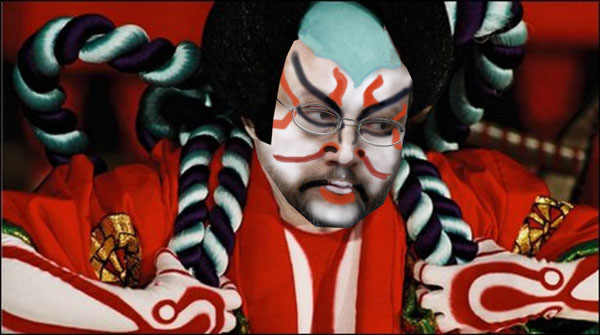 Myth is much more important and true than history. History is just journalism and you know how reliable that is. —Joseph Campbell

All misfortune including natural disaster, it seems, can be laid at the feet of Donald Trump. With yellow journalism and smear politics, too much is never enough.

A wing nut hits a pedestrian with a car at a Virginia college riot and Trump is criticized for not taking sides. A hurricane hits Florida and Trump doesn’t fly south soon enough. An Islamist agent, posing as a journalist, gets dismembered in Istanbul and Trump—not the Saudis or Turks—gets the blame. And most recently, a homeless madman, with Trump stickers on his van, assaults a synagogue with guns. Presidential rhetoric and the National Rifle Association are again made the villains.

Blaming Trump for anti-Semitism or gun violence is a little like blaming Barack Obama for Keith Ellison or Louis Farrakhan. Shifting blame for the recent Pittsburgh atrocity changes the subject from anti-Semitism to Trump hate.

Ironically, anti-Semitism now energizes both the American left and the Islamist right.

Apparently, the President doesn’t say enough about “right white” crime either. Alas, he is probably loath to point out the obvious. The vast majority of civic violence, crime, vandalism, and arson, anywhere, come from the American left or mobs in urban American Democrat sinecures, plantations now controlled by the party of apartheid and Jim Crow.

Read More in New English Review:
Madmen in Authority
Kristallnacht and FDR’s Failure to Act
Al-Waqidi and the Birth of Islamic Imperialism

Marginal, insignificant right wing misfits get headlines whilst the mob rhetoric of the media, Hollywood, BDS, Antifa, the Nation of Islam, Black Lives Matter, and the Me Too movement gets ignored. Somehow, you can hold up a president’s severed head, talk of assignations, assassination, call him a “c—k pocket,” slander his daughter as a “c—t” and none of this is thought of as uncivil behavior or inspirations to violence.

The silence about the various random genocides at home and abroad is deafening too. Washington, DC, the nation’s capital, is on track to set another homicide record in 2018. Murder in the nation’s capital is up 40 percent this year. The District of Columbia has never had anything but a Democrat mayor and city council.

A million black Africans killed by knife, machete, and axe in Rwanda during the Clinton reign hardly raised an eyebrow in Washington until after the fact. America was too busy saving Muslims from themselves in Bosnia and Kosovo. Yugoslavia was dismembered by globalist zealots only to create two jihadist sanctuaries in the heart of Europe.

One white girl killed by a panicked driver in Virginia is a tragedy, a dozen blacks killed by gunfire on any weekend in Chicago is just another metro section blip. Most of the victims of the great urban American genocide are brown or black. At the Washington Post, any Trump slur gets covered above the fold. Toxic mayhem in the nation’s black backyard is covered like hip-hop philanthropy.

Nonetheless, fake news will never do half the damage of real news ignored. The Jamal Khashoggi kabuki dance is just one prominent example. The real story here has little or nothing to do with Trump, violence, human rights, crime, journalism, or freedom of the press.

Khashoggi is just another casualty in a larger under reported Muslim civil war. When it comes to the stink of real war, the American press is nose blind.

Khashoggi was working both sides of the street in the murky world of Ummah sectarian conflict. He was an outspoken Islamist, friend to the bin Ladens, al Qaeda sympathizer, Shia collaborator, virulent anti-Israeli demagogue (read anti-Semite), Turkophile, critic of the al Sisi Egyptian regime, and outspoken defender of toxic Palestinian politics.

Recall that the would-be state of Palestine has spawned more terror than any other similar sized demographic on the planet. Like most of the American left, Khashoggi was on the Palestinian/Muslim Brotherhood side of the Islamic sectarian divide.

He may have developed outlets for propaganda, but Kashoggi was no journalist. He was a Sunni demagogue scheming under a journalist’s keffiyeh. The Saudis behead ambiguous citizens for a lot less than fibbing for the Washington Post.

Worse still, Jamal Khoshoggi was an outspoken opponent the new reform minded Saudi regime, led by a prince who seems to be moving away from the Wahabbi clerics who heretofore had provided the sanguinary world-view for the modern jihad and associated Islamist terror.

Khashoggi became especially dangerous and vulnerable to Saudi and Sunni interests when he was given a soapbox in the American capital by naïve, partisan, or complicit Washington Post editors.

Away from America, Khashoggi was a dead man walking by any measure.

Sanctimonious moralizing about the occasional dismemberment in the Ummah is more than a bit much. The Christian West has ignored terror, beheadings, hijackings, child abuse, and misogyny in the Far East, Near East, South Asia, Africa, and Arabia for a thousand years. 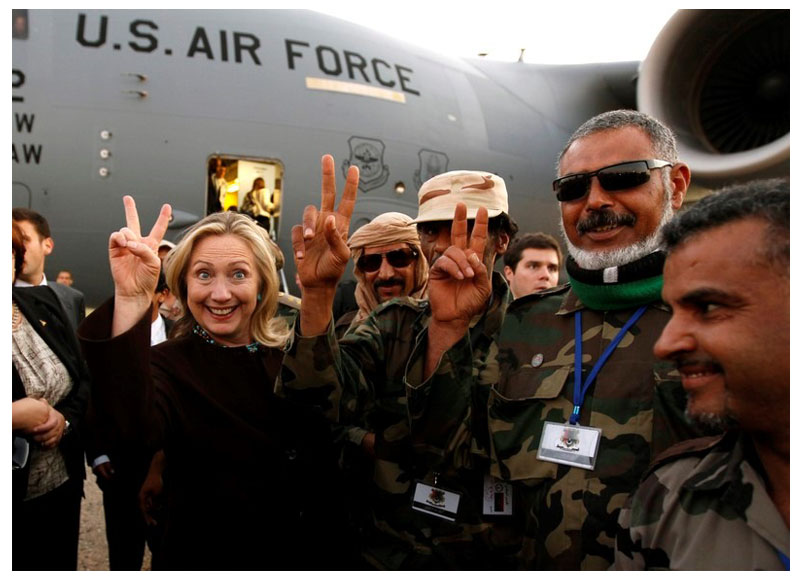 Culture is what culture does. American politicians often gloat over a righteous kill.

Fake news about the Ummah exploded with the so-called “Arab Spring,” whilst Islamic irredentism in China, Burma, the Philippines, North Africa, Egypt, the Levant, Iran, and Turkey spread like the flu. Calling the turmoil in the Muslim world a “clash of civilizations” is the literal understatement of the 20th Century.

ISIS and the Muslim Brotherhood are now global enterprises in the 21st century.

Turkey was once a secular model before the Erdogan theocracy came along. Iran (nee Persia) too was a secular royalist model of sorts until the ayatollahs took over. And Libya, once the richest secular state in Africa, is now a failed Islamic sierra hotel.

If the number of successful, and aborted, religious coups matter, the 7th, not the 21st Century is still trending in the Muslim world.

The Ummah is awash with toxic, and often kinetic, strife. Foremost is the centuries old schism between majority Sunni, led by totalitarian Saudis, and the minority Shia, led by theocratic ayatollahs. Each believes the other to be apostates. Beyond religion, ethnic antagonism between Arabs, Turks, Kurds, and Jews and a host of other non-Muslim minorities poisons the well. Politically, the mix is just as fractious. Arab royalists, Shia theocrats, Turk theocrats, and a host of Pakistani, Afghan, and South Asian authoritarian Muslim thugs complicate the mix.

The Indonesian purge and genocide of the late 1960s killed as many as 3 million non-Muslim ethnic minorities. “Unbelievers” were again targeted in 1998 at the end of the Sukarno regime. Historians and journalists are loath to emphasize the religious motivation for much of the Indonesian carnage.

America rationalized the slaughter of Indonesian non-Muslims in the name Sinophobia and anti-Communism.

In short, the Ummah is not and never has been Martha’s Vineyard. Withal, Khashoggi is small potatoes. Like all partisans, spies, or fake journalists; he knew the consequences of missteps, double-dealing – or provoking the wrong enemies.

Unfortunately, the canonization of Jamal Khashoggi, a thinly credentialed, part-time stringer for the Washington Post, has already begun. He is now likened to Daniel Pearl and James Foley. Such comparisons are at once obscene and yet another example of faux news. There is no evidence that either Pearl or Foley were partisan hacks – or fake news vendors for that matter. 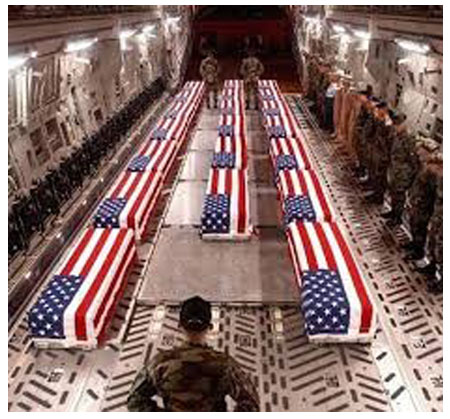 Even the Washington Post admits, “they (partisan Islamists) look at the journalist as an agent of a foreign body.” In Kashoggi’s case, that charge of “agent” was literally true. Just as surely, the “journalist” moniker was patently false.

Evidence, in Foley’s own words and the words of his ISIS captors, demonstrates unequivocally that his execution was payback for Obama era bombing of ISIS territories. Pearl was very likely executed simply because he confessed to being a Jew in a sink hole like Pakistan.

Consider the Khoshoggi hit an exhaustive vetting, a termination with “extreme prejudice” if you will, a predictable consequence of lethal treachery. He was a toxic agent of influence at best, or a double agent at worst, scheming in a very nasty neighborhood.

If you work both sides of the street in the shadows of a religious civil war, you are trusted by neither side. If journalists had any integrity, they would be insulted by any attempts to raise a shifty Sunni shill to the Parthenon of free press martyrs or reportorial heroes.

Jamal Kashoggi was not Winston Churchill, he was not George Orwell, nor was he Daniel Pearl.

G. Murphy Donovan is a former denizen of the deep state, an erstwhile speculator on the analytical side of the Intelligence Community megaplex.