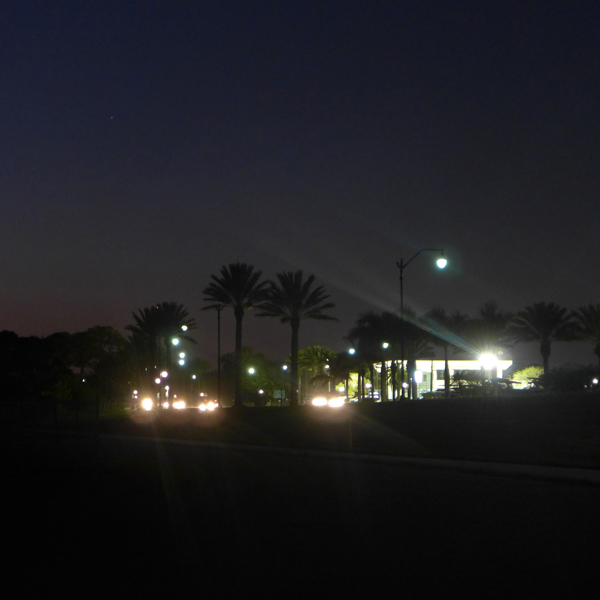 hen my mother left my father and took me on a long road trip, it was not about her, it was about me. When you’re ten years old, if everything’s not about you, there’s something wrong with you. I believe the same holds true at thirty, sixty and ninety too, but that’s another story for another day. When I write it I’ll publish it anonymously so as to frustrate all the hatred that the world’s do-gooders seem to be spewing all the time. They’re not happy unless they’re hating something or someone.

I was lonely in my neighborhood in New Jersey, mostly because the kids I was forced to hang around with were boring and dumb. I liked to read, which was a complete no-no in that neighborhood. I take that back. They weren’t dumb, they had the wisdom that all ten-year old kids have. They saw me as alien and I saw them the same way, and so we rubbed along, but the wariness was always there. When I say lonely, I don’t mean the painful kind. I liked my isolation. In fact, I was my own best friend. That’s why when my mom decided we’d stay at the Kon Tiki for a while, I felt very comfortable. No other kids, just a bunch of lost souls on the way to nowhere. Besides, after twenty-hours in the car, watching her consume forty cigarettes, twelve RC Colas and six diet pills, I needed a rest.

The woman at the front desk, Tina, also smoked and right away she and my mom hit it off. Pretty soon, my mom was cleaning the Kon Tiki’s six cottages in return for our room, and the two of them were spending a lot of time drinking coffee, smoking and talking about what assholes men were, that and Hollywood stuff. My mom’s been gone a long time, but when I think of her now, that’s what I see, her and a friend or two sitting around, smoking, drinking coffee, laughing, rolling their eyes, talking about men and celebrities. Who’s sleeping with who. Who took who’s man away. I didn’t know until much later that that was their way of escaping, temporarily, from pretty hard lives.

I spent my days hanging around the small airport across the highway from the Kon Tiki, running errands for a guy named Pop who ran a flight school. In return I had free soda all day long. Pop would never take me up, but he did promise to give me lessons when I turned twenty-one. One day I went back to the motel at supper time, as usual, and was almost run over by a guy in a sleeveless T-shirt barreling out of the parking lot in an old Chevy. In the office, my mom was holding an icepack to the side of Tina’s face, which I could see was bloody and swollen. I turned around and went back to the airport where Pop gave me a baloney sandwich and a Pepsi for dinner.

When I got back to our room, my mom was packing.

Where were you? she said, angry.

I watched her pack. Are we leaving? I asked.

If we leave now, we’ll be home for supper tomorrow.

There was no grief counseling in those days; domestic violence hadn’t been invented. Feminism, transgender rights, food stamps, welfare, health insurance, civil rights, special education—none of those things. Just life, which you fought through on your own. I feel lucky to have grown up unencumbered by all that bullshit.

I went back to Florida when I was twenty-one. The Kon Tiki was shuttered, but Pop was still there. He kept his word, he gave me flying lessons for free.

I never went back to New Jersey. I give flying lessons now, and live in a trailer park where I can see the Gulf of Mexico. I still read, and I’m writing too. I snuck over to the Kon Tiki one night soon after I arrived and stole the Kon Tiki sign, which hangs on a wall over the table I use as a desk. The shit I feel when I look at that sign, well, there’s a novel in there somewhere, which I’m going to write, as God is my witness, and dedicate to Tina and my mom. I can see them now, curlers in their hair, smoking, sitting on beach chairs in front of the office, laughing their asses off at some fool thing.