Life, Reason, and Literature in a Time of Mass Psychosis 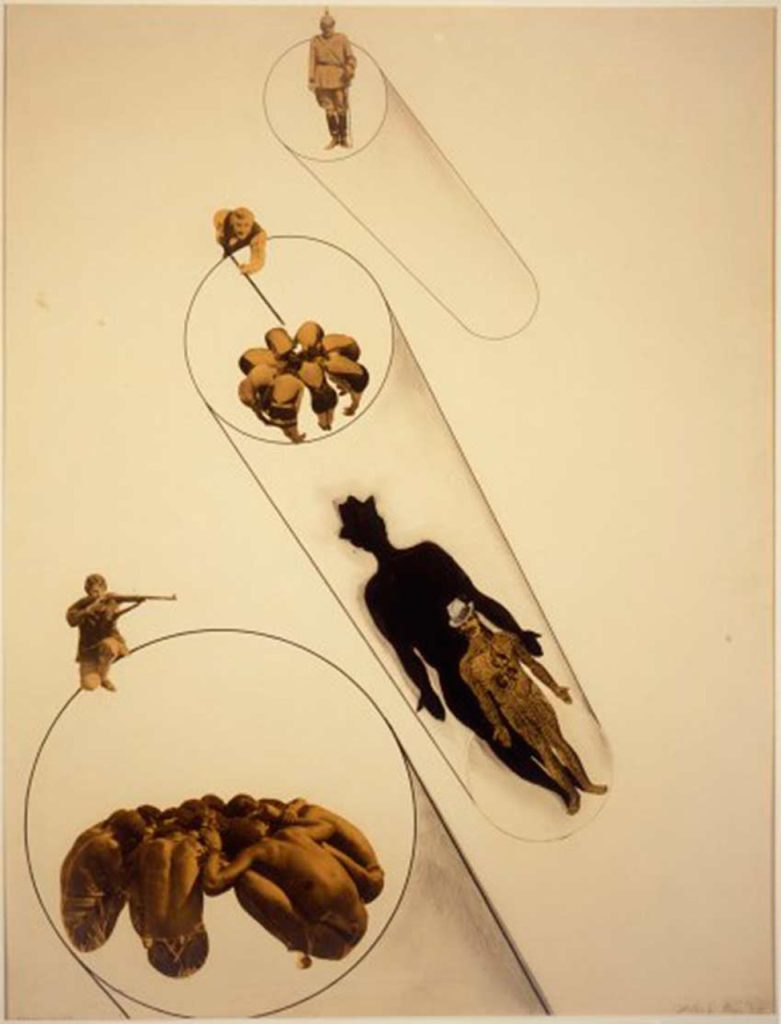 In the novel, all human happiness and misery does not take the form of action, it seeks means of expression other than through the plot, it must not be rigidly canalized.—E.M. Forster, Aspects of the Novel

Life is a Dream 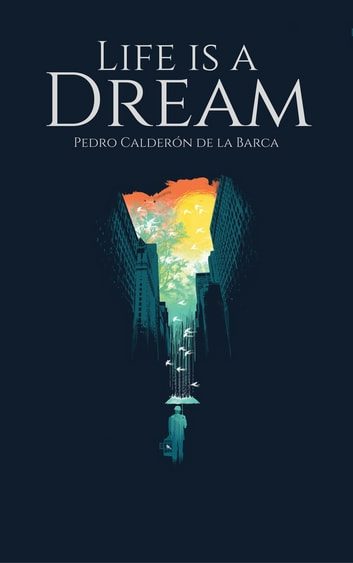 Starting from the premise that every person is a universe unto themselves, and the idea of humanity an abstraction, a fanciful illusion; this shatters the utopian and totalitarian notions of ideologues. Good riddance to murderous ideas that corrode the individual’s ability to cultivate self-reliance, responsibility, and meaning and purpose through self-knowledge.

The concept of life as a dream is hardly new. There are many philosophical and literary examples of this idea. The apparent unreality of life that is often encountered in self-reflection—life as dream—is a central element of philosophical idealism.

What is life? A frenzy.
What is life? An illusion,
A shadow, a fiction,
And the greatest good is small;
For all of life is a dream,
And dreams, are only dreams. 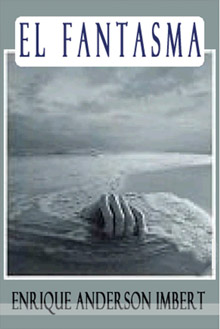 Calderon was sixteen years old when Shakespeare and Cervantes died. He lived during the time period (1600-1690) known as the age of the Metaphysical Poets: Donne, Herbert, Vaughan, Marvell, and Crashaw. These were philosophical poets who had a heightened sensibility for the riddles of existence.

Another wondrous example of life as dream is Anderson-Imbert’s (1910-2000) short story “El Fantasma,” a work that is a poignant and provocative exploration of the afterlife and the impossibility of communication between souls.

Anderson-Imbert is considered an exponent of magical realism. “El Fantasma” is a tale of the singular and differentiated soul that is ultimately confined to itself, a case of reality as a solipsistic prison.

Anderson-Imbert brings to light the problematic role that sensation plays in a disembodied person’s quest for self-knowledge. After the death of the protagonist, the man believes that he will linger around his house to protect his wife and daughters from worldly harm. Instead, he finds himself in a state of nightmarish unreality, where he cannot communicate with the living or other souls. 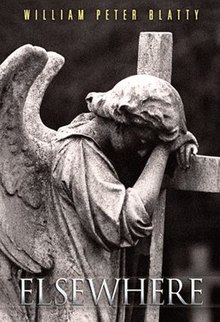 William Peter Blatty’s novel Elsewhere poses thoughtful and not so easily digestible questions about human existence and the afterlife. Negation of the existence of the afterlife, Blatty appears to enjoy himself suggesting, is ultimately a joke on the deniers. For some, the afterlife is the culmination of a life-affirming narrative that sustains physical existence through meaningful acceptance of the limited structure of human reality. For others, it is a hellish nightmare that corresponds to a superficial waste of human existence that shuns limits.

In the twenty-first century, the question of the existence of the afterlife has garnered much substantiating evidence from medicine and quantum physics—for whatever that’s worth to people of faith.

Elsewhere creates an intriguing scenario of purgatory, the Catholic idea that some souls linger in limbo, the spiritual nether world between heaven and hell, perhaps permanently.

Typical of Blatty’s novelistic technique of combining serious topics with comedic effect, Elsewhere has nothing to prove to non-believers. Blatty merely presents readers with a novel that invites us to ponder metaphysical and existential questions about purpose and meaning. Take it or leave it.

The joke is on two hopelessly superficial and petty characters whose raison d’être is the attainment of pleasure in the here-and-now. One is a cynically unhappy and domineering realtor who lives in a penthouse on Central Park West. The other, her obnoxious male confidant who dabbles in kitsch painting and lives in a studio on Fire Island. Both are miserable, catty narcissists.

The story pins these two hapless souls and two others against an allegedly haunted mansion that the realtor attempts to sell. Is it the house that they do battle with or a frightful confrontation with death?  Or is it a horrific depiction of the afterlife, and how people who live for the here-an-now fare when faced with transcendent reality?

A Time of Mass Formation Psychosis 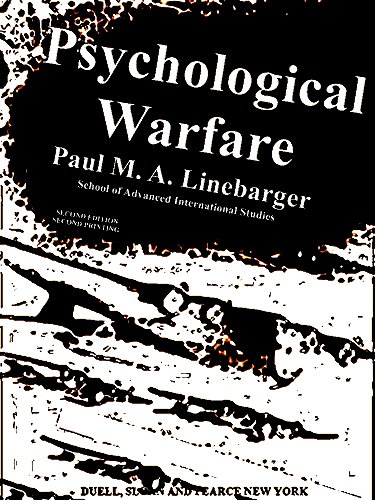 Linebarger was a US Army colonel who was one of the founders of the Office of War Information and the Operation Planning and Intelligence Board. His work Psychological Warfare offered such insight into the newly fangled techniques of terror employed by communism that the book was used as a textbook by the US Army for many years post WWII.

Linebarger specialized in communism’s use of disinformation techniques. He was an authority on Chinese communism. In 1937 he published The Political Doctrines of Sun Yat-sen. He was also professor of Asiatic studies at Johns Hopkins University.

Linebarger’s brilliance in understanding communism’s manipulation of the human mind in a time of mass media predates most other thinkers. Linebarger is best known as Cordwainer Smith, the science-fiction writer.

Collective (mass) psychosis conditions people to expect to encounter stress and anxiety around every corner, even when there are no signs of this. In postmodernity, the absence of high standards and objective values creates a vacuum of meaning and purpose that must be filled through superfluous and aberrant means: the acceptance of Marxist ideology, normalization of moral aberrations, and the sexualization of human life.

In a time of mass psychosis people are forced to adapt to leftism’s managed collapse of objectively verifiable constructive values. This further encourages the people and institutions responsible for the creation of mass psychosis to push for greater totalitarian control, eventually giving them absolute control over a feeble and sheepish subject people.

People are offered few alternatives but to normalize the destruction of objective values, the collapse of which they experience on a daily basis. Only capable of reacting to ‘extreme’ cases, e.g., mass shooters, etc., —which are the consequence of the pathology of a morally gutted society—people in a time of mass psychosis become incapable of understanding the causes of extreme situations. They are unaware that mass psychosis embraces aberrant extremism as a reaction to the attendant values of free will and personal autonomy, and the role these play in a healthy-minded and meaningful existence.

In a time of mass psychosis, the idea of extremism itself keeps getting expanded because the objective values that sustain a healthy and productive society have already collapsed beyond recognition. This brings about mass confusion, part and partial, about what is taking place in a society that has become morally bankrupted.

In a time of existential bankruptcy, life appears to close-in upon itself because the bridge that leads to constructive values has been broken.

It goes without saying that in a time of totalitarian mass psychosis, thoughtfulness, reason, and literature all but vanish from the collective psyche.

How can reason, culture, and literature take on the moral corrosion and societal dysfunction that mass psychosis ushers? One important solution to this societal rot is what writer and ex-President of Czechoslovakia, Václav Havel, calls parallel structures in The Power of the Powerless. 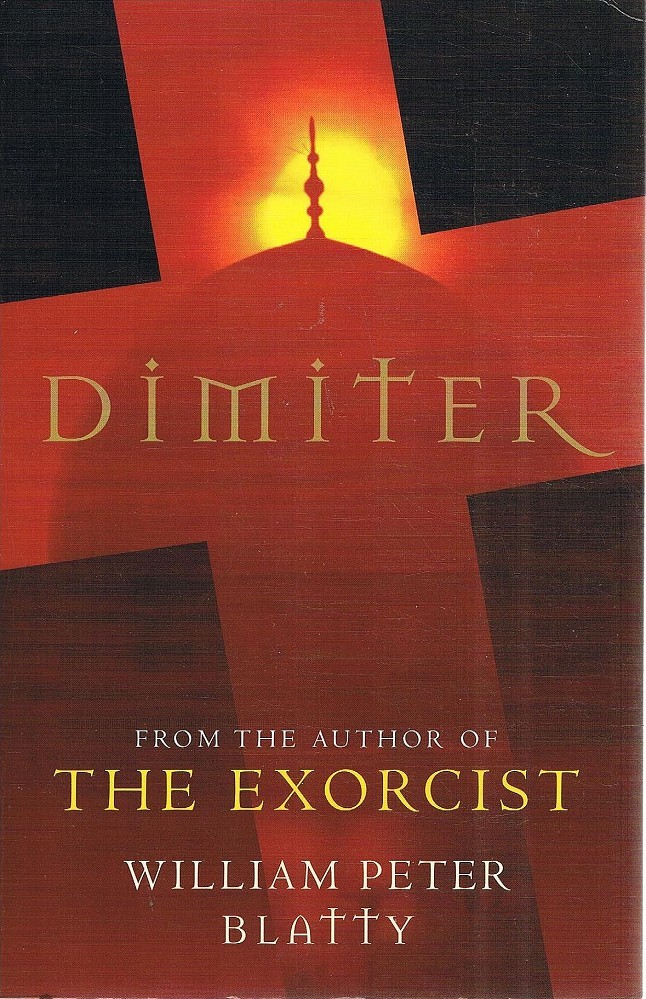 Consider William Peter Blatty’s novel Dimiter. The story is about detection, a spy novel that depicts the brutal torture techniques used in communist Albania under the dictatorship of Enver Hoxha from 1944 to 1985. Blatty sheds light on the use of psychological warfare that made Albania one of the most evil and repressive communist nations.

The author of The Exorcist presents readers with unbridled evil and never falls prey to politically correct psychologizing and abstract pop sociology. Dimiter does not employ a linear line of development. Instead, the reader is privy to the convergence of the trajectories of several lives, their embrace and denial of free will, and how this is manipulated by communist oppressors.

Blatty presents the reader with a parallel structure of a world that is consumed by social/political zealots who have a fixation with demonic ideology: communism.

Like in his other novels, Blatty introduces grace—man’s ability to take part in the divine nature of eternal life—as the ultimate parallel structure. This is especially significant in the coerced state-sponsored secularism of communist countries. We are hard-pressed to count the number of times that grace is explored in postmodern literature. 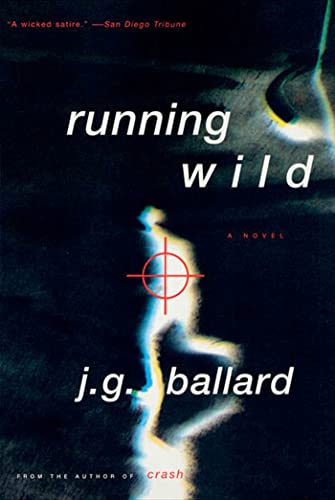 The British writer, J.G. Ballard’s, 1988 novel Running Wild is a story about the start of the millennial generation and their neurotic, helicopter parents. This is not an easy work to digest given the psychopathic implications for a society and culture that have become morally debased.

The difference between Ballard and shock-writers is his ability to pinpoint the real-world effects that a society’s moral collapse has on culture, way of life, and the attendant values of healthy morality. Ballard highlights the moral, cultural, and ideological vulgarity of postmodernism.

With the exception of prophetic writers of the horrors of utopia, especially of conditions that have already been experimented with: Zamyatin, Orwell, and Huxley, to name a few, only the most prescient writers have ever gotten the future right. Ballard is such a writer.

Reading Ballard, we get the sense that the world has already ended, leaving us to ponder how to act and fend for ourselves in the apocalyptic reality of post humanity. Without having written about zombies, per se, Ballard’s stories are peopled by morally gutted, unrecognizable entities we once knew as our neighbors.

The characters in Running Wild are monsters, albeit 13 pre-teen- and teen-age children. The children live with their parents in a gated, suburban community. One morning the 32 parents and their hired help are found murdered and the children are nowhere to be found. Abduction? The sinister work of a foreign government?

The story is told in the form of a diary by Dr. Richard Greville, Deputy Psychiatric Advisor to the London Metropolitan Police. The murders are all different, using clever tactics, which point to the work of some psychopath. Running Wild is a detective story. Typical of Ballard’s work, it is also an indictment of what happens when people become disassociated from reality by becoming consumed with morally debasing escapism.

Running Wild is a story of mass psychosis that is rooted in life as nightmare, not a dream. Boredom. Tedium. Dysfunctional self-loathing disregard for beauty and virtue. These are some of the postmodern categories that inform Ballard’s stories. Running Wild is no exception.