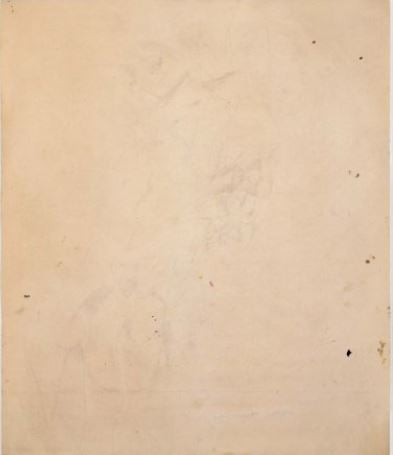 As Democratic candidates for the presidency continue to move further to the left in an effort to distance themselves from the policies and politics of President Trump, the two frontrunners, Bernie Sanders and Elizabeth Warren, have increased their rhetoric against what is normally an untouchable topic for Democrats and Republicans alike: the United States’ relationship with the only democracy in the Middle East, Israel. While no candidate could expect to survive the political cost of walking away from Israel completely—diplomatically and financially—Sanders and Warren have recently been spouting positions that show they apparently feel they can make support for Israel conditional and can fundamentally change the U.S./Israel partnership.

At the J Street conference this week in Washington, D.C., for example, Sanders suggested to the attendees of the liberal Jewish Middle East policy group that, while the $3.8 billion in aid the U.S. commits to Israel each year should remain intact, he wondered out loud if this aid could be conditional. “My solution is to say to Israel: you get $3.8 billion dollars every year, if you want military aid you’re going to have to fundamentally change your relationship to the people of Gaza,” Sanders said. “In fact,” he added, “I think it is fair to say that some of that should go right now into humanitarian aid in Gaza.” Perhaps Sanders has forgotten that the humanitarian crisis he alludes to in Hamas-controlled Gaza is largely the result of the terrorist group’s diverting of funds meant for schools, hospitals, food, and infrastructure in Gaza and using them instead for the construction of terror tunnels, rifles, bombs, and some of the 15,000 or so rockets and mortars that have been launched from Gaza against Israel since the 2005 disengagement.

Read more in New English Review:
• Past and Future Gulags, Part 2
• Welcoming the Apocalypse
• The Dirty Politics of Climate Change

Not to be outdone in dangerous rhetoric about Israel’s future relationship with the United States, Senator Warren delivered a videotaped speech to the J Street conferees, announcing that if she becomes president she will push for the oft-discussed two-state solution, describing it as “the best outcome for U.S. interests.” It will be “the best outcome for Israel’s security and future, and the best outcome for ensuring the Palestinian’s right to freedom and self-determination,” at the same time “ensuring an end to Israeli occupation.”  There is nothing new about that proposal; what was new, and shocking, about Warren’s speech was her strident addition to the two-state plan, namely, that Jerusalem—the spiritual and ancestral home of Judaism for some 3000 years—would be carved up into two capitals, one Israeli and one Palestinian. “I will make clear,” she announced in her professorial tone, “that in a two-state agreement, both parties should be able to have their capitals in Jerusalem.”

Along with their various demands, including a “right of return” for all refugees, and sovereignty over the Temple Mount, the Palestinians have insisted for some two decades that Jerusalem must be divided so as to give them a capital in its eastern portion. Not Ramallah, which has functioned as a capital-in-waiting for the Palestinians, not Nablus, but Jerusalem, the holiest place on earth for Jews (as well as Christians). Palestinian officials, and their enablers in the West like Senator Warren, have decided that East Jerusalem—a patchwork community where some 200,000 Jews and 270,000 Arabs currently live—is already assumed to be the Palestinian capital, and that Jews should no longer build or live there. That view is troubling, and not just because of the settlement issue, Israeli security concerns, and the issue of access to holy places such as the Western Wall; it is troubling because it reveals a pattern in which Arabs endow Jerusalem with intense significance to serve purposes of political expediency. 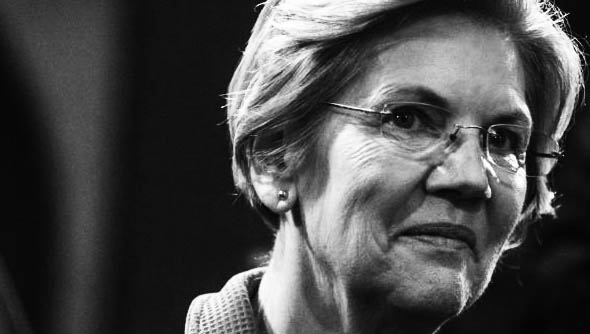 Ever since the Camp David meetings in 2000 when Ehud Barak opened the door to a divided Jerusalem in his negotiations with Yasser Arafat, the Palestinians have been relentless in creating a false impression of how important Jerusalem is to them, while, at the same time, they have de-Judaized Jerusalem and tried to obscure the Jewish relationship with and continuing presence in the holy city, something Middle East scholar Martin Kramer has called their desire to effect “a reversal of history.”

Writing in al-Hayat al-Jadida, in March of 2009, for instance, Dr. Tayseer Al-Tamimi, PA Chief Justice of religious court and Chairman of Supreme Council of Islamic Law, absurdly claimed that “Jerusalem is the religious, political and spiritual capital of Palestine,” meaning a Palestinian Palestine, and that “the Jews have no rights to it.” But the true danger of the Palestinian thinking about Jerusalem—and, indeed, about all of the Palestine that they covet, including Israel itself—was crystallized in Yasser Arafat’s own view that he expressed in a July, 2000 edition of al-Hayat al-Jadida. “I will not agree to any sovereign presence in Jerusalem,” he wrote, referring to the thorny issue of who, Israel or the Palestinians, would have sovereignty of the Holy Basin, “neither in the Armenian quarter, nor in the Al-Aqsa Mosque, neither in Via De La Rosa, nor in the Church of the Holy Sepulchre. They can occupy us by force, because we are weaker now, but in two years, ten years, or one hundred years, there will be someone who will liberate Jerusalem [from them].”

“Liberating” Jerusalem, of course, does not mean transforming it into a pluralistic, open city where members of three major faiths can live freely and practice their religions openly. Liberating Jerusalem for the Palestinians would be more in keeping with the type of liberation that Transjordan’s Arab League effected when they burned and looted the Jewish Quarter in Jerusalem in 1948, expelled and killed its hapless Jewish population, destroyed some 58 synagogues, many hundreds of years old, unearthed gravestones from the history-laden Jewish cemetery on the Mount Olives and used them for latrine pavers, and barred any Jew from praying at the Western Wall or entering the Temple Mount. That same predilection to destroy religious property was on display again shortly after Camp David when a crazed Palestinian mob took sledgehammers to Joseph’s Tomb, a Jewish holy site, and completely obliterated it as Palestinian policemen stood idly by and watched.

According to Dore Gold, Israel’s former ambassador to the United Nations, “In the world of apocalyptic speculation, Jerusalem has many other associations—it is the place where the messianic Mahdi [the redeemer of Islam] is to establish his capital. For that reason, some argue that it also should become the seat of the new caliphate that most Islamic groups—from the Muslim Brotherhood to al-Qaeda—seek to establish.”

Read more in New English Review:
• There’s Magic in the Air
• Sentenced to Death
• The Only Way to Win is Not to Play

In 2015, PA President Mahmoud Abbas announced in Ramallah that “We will not forsake our country and we will keep every inch of our land,” reaffirming his belief that all of Jerusalem would, and should, be retained by the Palestinians as the capital of their new state. “Every drop of blood spilled in Jerusalem is pure, every shahid [martyr] will reach paradise, and every injured person will be rewarded by God.” In fact, the establishment of the Palestinian capital in East Jerusalem is the first important step in the long-term strategy to rid the Levant of Jews and reestablish the House of Islam (Dar al-Islam) in all of historic Palestine. “Jerusalem’s recapture is seen by some as one of the signs that ‘the Hour’ and the end of times are about to occur,” Gold suggested. “And most importantly, because of these associations, it is the launching pad for a new global jihad powered by the conviction that this time the war will unfold according to a pre-planned religious script, and hence must succeed.”

Indeed, far from creating a political situation in which both parties—Israelis and the Palestinians—feel they have sought and received equal benefits, such negotiations and final agreements would have precisely the opposite effect: destabilizing the region and creating, not the oft-hoped for Palestinian state “alongside Israel in peace and security,” as Senator Warren put it in her video statement, but an incendiary cauldron about to explode into an annihilationist, jihadist rage. Those in the West, like Warren, who are urging Israel “to redivide Jerusalem by relinquishing its holy sites,” Dore cautioned, “may well believe that they are lowering the flames of radical Islamic rage, but in fact they will only be turning up those flames to heights that have not been seen before.”

Richard L. Cravatts, PhD is President Emeritus of Scholars for Peace in the Middle East and is the author of Dispatches From the Campus War Against Israel and Jews.

PrevTraversing the Landscape of Transgender Politics, Part I
The Catalonian Case: A Challenge to Spanish DemocracyNext