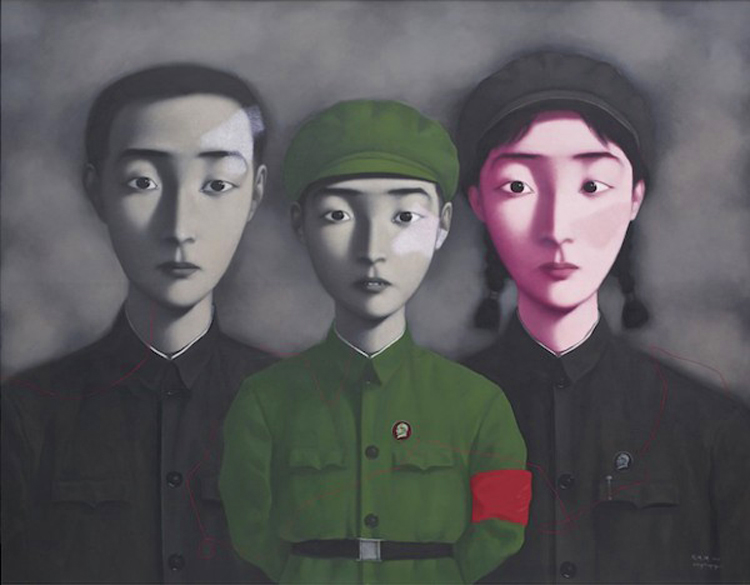 My most recent post was interesting for a number of reasons, not least because the bureaucracy involved in getting to the country I was supposed to be working in meant I never got there. Instead, I initially taught lessons online and, when that wasn’t working for my colleagues (it was more hassle for them to connect me up to the class than teach it themselves) or because the connection just wasn’t great, I would only connect to attend meetings and post data up onto the school’s systems. It wasn’t ideal for any of us but China’s zero tolerance stance on Covid meant that my first flight from London was cancelled (due to passengers on the same route a couple of weeks earlier testing positive) and, the day before my second flight, I was refused permission to fly to China by the Chinese Embassy, as I had tested positive for antibodies (unsurprisingly, given I’d had a Covid vaccination booster a few weeks earlier).

Being stuck in London with an eight hour time difference, I would start work at midnight and finish at 8am. I not only had the pleasure of this Monday to Friday but also one Saturday for an in-service training event, held over the course of two days in February just after the Chinese New Year. One of the speeches made was by a professor heavily involved in government and advisory panels for Hong Kong and the Chinese mainland. The speech started off mundanely enough, with the usual greetings, especially with reference to the New Year, and exaltations to the prestige of being part of an educational organization which was celebrating its ninth decade. It also gave a brief overview of China’s basic education initiatives of the early 20th century under Communism which had improved peoples’ lives. But, about half way through, there was a clear, if subtle, turn of direction, linking Chinese history with the schools mission of, ‘glorifying China.’

The school group, established in 1931, followed a period of, “Hardship, destitution, oppression, humiliation, and bullying.” Note especially the last item in the list. Reference was made to outside powers interfering in the affairs of China to be followed by the seemingly contradictory claim, “Please do not consider our school very political.” Pride was expressed in establishing a system of education in 1970s Hong Kong specifically in opposition to a British one, even though the ideas involved (play based learning), were borrowed from the West. This organisation is currently attempting to expand abroad, especially in ASEAN nations (with whispers of expanding into Central Asia too), and gratitude was expressed to the Chinese government in aiding this expansion. Given the school’s ultimate mission of glorifying China, could this be read as cultural imperialism? Of course not— “I hope every one of you will bear in mind that cultures are to be integrated in the matter of culture [sic], no one should be considered superior or inferior to others.”

Benign recognition of globalisation? This was further buttressed by talk of mutual respect for, acceptance and integration of each other’s cultures in the school’s learning communities. These learning communities consist of Western and Chinese teachers in each year group. With such noble words and such a system, it seems like this is an open dialogue or mutually rewarding working relationship of learning from one another, encouraging tolerance and harmony.

However, this “acceptance and integration” where no culture “should be considered superior or inferior to others” was to ‘be achieved’ by acquainting everyone with the necessary, crucial knowledge of Chinese history and no other. And to demonstrate receptiveness to other points of view, reference was made to books on Chinese history originating in the West (the three volume Cambridge History of China), as well as to Chinese published history books (a 24 volume set was referred to). Diversity and cultural integration was, therefore, to be achieved not by embracing all cultures but by embracing non-Chinese scholarly works about China as well as Chinese ones.

As confusing, or contradictory, as this was it was also somewhat perturbing when claims of the school’s importance as a body acting for cultural integration and the common good of the country were added to it. The 5,000 year history covered by the volumes referred to, then, were to establish mutual respect and integration on a world scale by extolling the virtues of purely Chinese concerns. The world’s ‘common good,’ it seemed, was concomitant with that of the country’s and the school was a conduit to achieve this end. All animals are equal …?

This was all mixed in with further references to national humiliation. As an example, the 24,000 volume Yongle Encyclopaedia was used as an iconic symbol of Chinese culture being, “trampled underfoot.” The destruction of this vast body of work was lamented to now exist in only 160-odd fragments of varying size. To avoid a repeat of such a catastrophe was, “Why it is important China prospers and becomes powerful,” with a nod to the destruction in the Middle East and its, “Coming under heavy fire.” The inference being without strength and unity foreign powers would also meddle in the affairs of China and destroy it too.

For those who still refuse, even at this point, to recognize the big brother tone of all this, the professor then tied Chinese education to the school’s worldwide mission of promoting a wish to show, “Our love and gentle care of the world,” not China’s might. Not patronizing enough yet for those who only believe in a white male patriarchy controlling the world and being a danger to all that is good? The name of the school group, which translates to “glorifying China,” has not been chosen to push nationalism but Xi Jinping’s notion of a, “Community of Common Destiny for Mankind.”

Soviet Communism may be over but a Communism viewed and applied through a nationalist prism is what is sought by China for the rest of the world. Communism fed by Capitalism (read Chinese nationalism) is what China pursues in its version of globalisation and it is harnessing educational and cultural as well as economic and military ‘tools’ to achieve this end.

I am still not sure if the pandering to Chinese government doctrine was genuine, heartfelt nationalism or just that—pandering. But I leave you to decide with the final thoughts of the address:

Glorifying China amongst the world [sic] is a goal we will keep embracing as we move forward.

Nikos Akritas has worked as a teacher in countries across the Middle East and Central Asia as well as in Britain. His book Bloody Liberals: How Politically Correct Ideas About Race, Education and Religion are Killing Liberalism is available on Amazon.