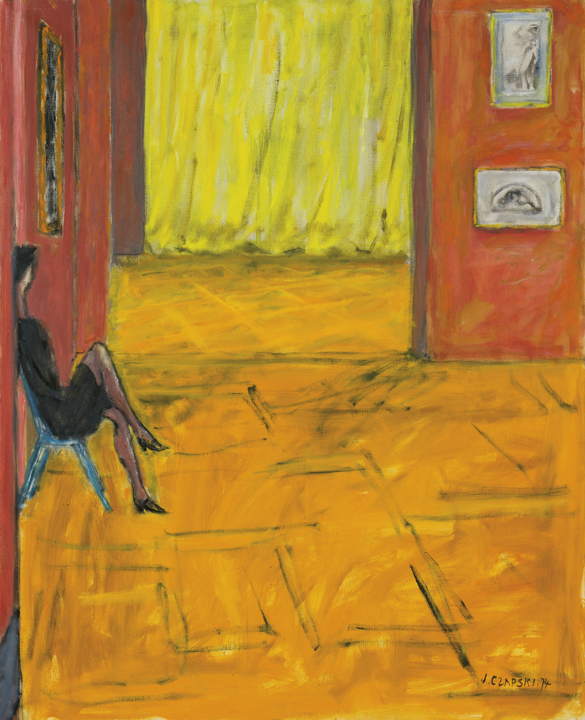 It felt like they took half his face off.

“I gill neeh, eher hagg a roooo canal again,” he said grabbing for his mug and knocking over the coffee-maker.

“GahDANNIT!” He picked up the coffee-maker, slammed it down on the desk, and said “STAY.”

He sat, holding his cheek and whimpering.

After lunch (he chewed with his incisors), things improved. He could drink without drooling and make sense when he talked.

“There’s a woman for you to talk with.”

“Then why bother me?”

“She pissed off another customer; started kind of an argument. Check out the security video, OK?”

When security brought her to his office, she smiled and sat down.

“I’m Dan, I do Loss Prevention for the store. I’d like to ask you some stuff.”

“No problem—but I didn’t shoplift anything.”

“Well, you did take some merchandise from another shopper’s cart; clothing—a skirt. I saw the security video.”

“Well, it’s rude and the lady complained to Security. You took her skirt—how how come?”

“There’s a rack of skirts just like it, lots of sizes. Just take another one off the rack.”

“I didn’t want her to have that one.”

“Do you know her? Did she piss you off?”

“OK, the video shows you walked over and grabbed the skirt out of her cart.”

“Yes. And went right to self-check and bought it.”

“While she went to find a security person.”

“That was pretty rude.”

“Does it count as theft or something?”

“No, not really. Then you tore it, practically in half, and threw it in a trash can.”

“You really must not want her to have it.”

“I don’t want anybody to have it.”

“But she went to the same rack and bought an identical skirt. Do you want to tear up that one, too?”

“No, the one she bought looked like it but it wasn’t identical. Wasn’t the same skirt. I just wanted to throw out that specific skirt.”

“Why? Is it cursed or something?”

“Yeah. It is. And I’ll be happy to apologize to the girl, if that will help. I mean, it’s not like there was any kind of crime committed. There was no altercation, nothing.”

“And you know the skirt is cursed how?”

“I looked at it and saw things.”

“No. It was outside. It had grass stains and dirt on it. And blood. It was pulled up over the head of the girl wearing it and she wasn’t moving. OK? Happy?”

“Do you want me to call someone to pick you up?”

As she walked out, she said,

“By the way—your coffee-maker expects an apology.”

He looked at the coffee-maker.

And it looked at him.

Prev92 and Not Dead Yet: What’s In A Name?
Matthew NiesNext