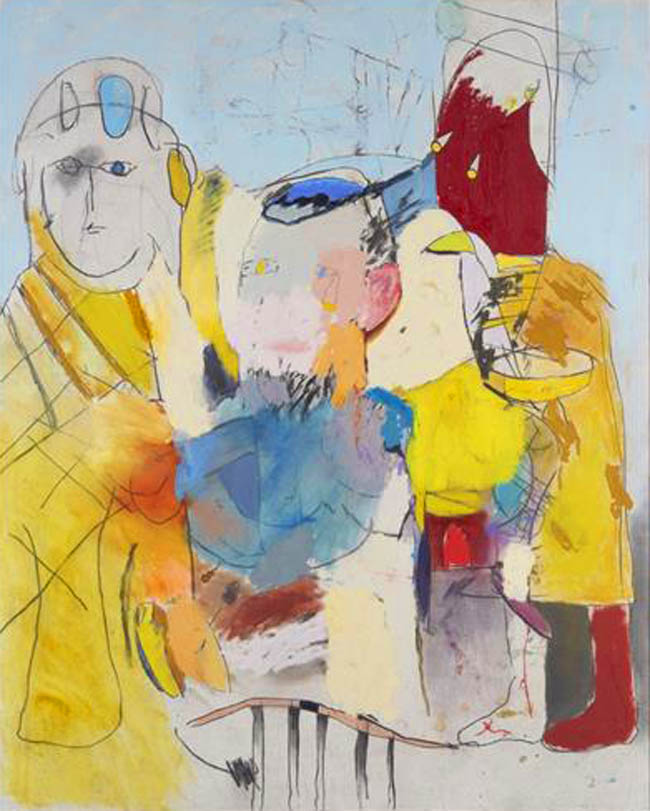 In recent years, I’ve observed that most young people appear to be spiritually lost. They seem to be more in tune with the material world and all that technology and quick-fix pleasures have to offer, but spiritually, I had my doubts till recently when there appeared to be a slight positive shift in Western contemporary culture, which I’ll come to later.

Many youth in the early decades of the 21st century were, and still are, non-believers in God; others have a distorted faith in belief, while some say they believe in a “higher power,” despite being clueless to what that “power” might be (the devil is a higher power).

Then there are older people, most of whom have a basic (Fideism) belief in God, as opposed to a good intellectual grounding in the theology and philosophy of God and being. But it’s mainly the young people who seemed to be “out on a limb.”

Last month in Gript magazine, Ben Scallan wrote: “For decades, Western celebrity culture has been in a state of absolute moral decay. Hollywood and the mainstream music industry are centered around greed, entitlement, sexual debauchery and drugs. Often the figures in our society that we aspire to be like are more lost and depressed than we are. The blind are leading the blind, and we wonder why young people feel such hopelessness and nihilism.”

Read more in New English Review:
• Now is Not the Time
• Hypocrites and Heroes
• Traversing the Landscape of Transgender Politics, Pt. 2

In this anti-culture of apathy, the prevailing acedia gets temporally filled in the vain search for God by those who claim they get a “religious” experience from eco-climate cults, “Burning Man” pagan-type events, worshiping the State, or “music” concerts.

Back in 2014 at one such concert, the singer Lady Gaga was playing drums on a charming song called “Swine”. She was accompanied by a vegan “vomit artist” named Millie Brown. After drinking neon green liquid, Millie proceeded to stand over the singer, stick her fingers down her own throat, and vomit the green stuff all over Gaga. Millie was referred to in the Press as a “vomiting visionary.” What next, a “defecating Cassandra?”

But there’s far worse things happening today than Gaga’s vegan friend puking all over her. In a recent YouTube video clip, a mock DIY abortion took place on the counter of a New York bar, as the locals cheered along with the vile act that was splattered in fake blood and the ripping out of a doll fetus from a prosthetic belly.

And at an event last Halloween, 46-year-old model Heidi Klum dressed up as a grotesque, humanoid cyborg alien at an annual bash in, once again, New York City. With false blood and fake body entrails all over her grotesque, flesh-coloured body-suit, she was joined with her husband and friend, who were also wearing weird fake bloodstained costumes.

When I pointed out the satanic ugliness of all this to some adult, single female acquaintances, they looked at me as if I were a kind of party-pooper. “Sure, it’s only a bit of fun; lighten up,” they said. But in the Bible, Isaiah said: “Woe unto them that call evil good, and good evil; that put darkness for light, and light for darkness; that put bitter for sweet, and sweet for bitter!”

I remember as a child when Halloween was only a bit of fun for kids, who dressed up in innocent costumes, played games with apples and nuts and got treats from adults; then we went to bed early, while our parents read a book or newspaper. Now, during the New Halloween season, many millennials (including some parents) dress up like deranged zombies. But, hey, “it’s only a bit of fun.”

In Crisis Magazine last Halloween, Sean Fitzpatrick wrote: “The secular Halloween agenda is bent on the disfigurement of folklore figures, turning the mysterious into the mutilated. This deformity focuses on purely physical nature—both the scary and the seductive—leaving out any hint of the spiritual and devaluing those physical things that participate closely in the sacred.”

After the new secular Halloween, the forthcoming Christmas Day is treated in a Godless fashion as if the story of the birth of Jesus does not exist. And in Ireland and the UK, they’ve taken the crucifixes and Nativity scenes out of the hospitals and most shopping malls, while in America, saying “Merry Christmas” instead of “Happy Holidays” is still seen by some secularists as offensive; thankfully, this seems to be changing slowly.

But back to the reasons why so many people are spiritually lost. For the atheist, there is no *ULTIMATE hope or meaning in life. (*excuse my CAPS, as this word usually falls on deaf ears and closed eyes when read or heard by atheists who either don’t want there to be a God or who don’t understand theology). On such a worldview, all meaning is transient, short-lived, and constantly pauses with the desire for more temporary meaning or pleasure till death.

Fortunately, spiritual life doesn’t end at the grave; God does exist. Even in the weird world of quantum theory, lying at the bottom of this strangest of stuff known to humankind, appears to be the immaterial concept of a supernatural Informer (Mind) beyond space and time, while also interacting in it. And our genetic DNA four-character digital code is the result of the construction of every cell, tissue and organ in our body. Readers, this information can only come from the Mind of an Informer and certainly did not pop into existence out of nothing physical a finite time ago.

But back to that seemingly positive shift in the culture. According to The Stream’s Tom Gilson, quoting Glenn T. Stanton, author of The Myth of the Dying Church, Christianity is growing fast around the world. The typical Christian (if there is such a thing) no longer goes to church in South Carolina but in Guangdong, Lagos, Buenos Aires, or in smaller towns or villages in the Global South.

Gilson says Stanton quotes authors John Micklethwaite and Adrian Wooldridge, in their 2009 book God is Back: “Today an unsettling worry nags at Western liberals: what if secular Europe (and for that matter secular Harvard and secular Manhattan) is the odd one out? They are right to be worried. It now seems that it is the American model [of Christianity] that is spreading around the world: religion and modernity are going hand in hand, not just in China but throughout much of Asia, Africa, Arabia and Latin America.”

Then there’s the surprising evangelism of the rapper Kayne West, who has millions of young fans (29.4m on twitter). I must admit, it’s quite incredible that West’s new album, Jesus is King, is Number 1 in Los Angeles and beyond. Who would’ve ever thought that such a title, after 2,000 years of persecution and infiltration to destroy Christianity, would reach the top of the music industry charts in 2019?